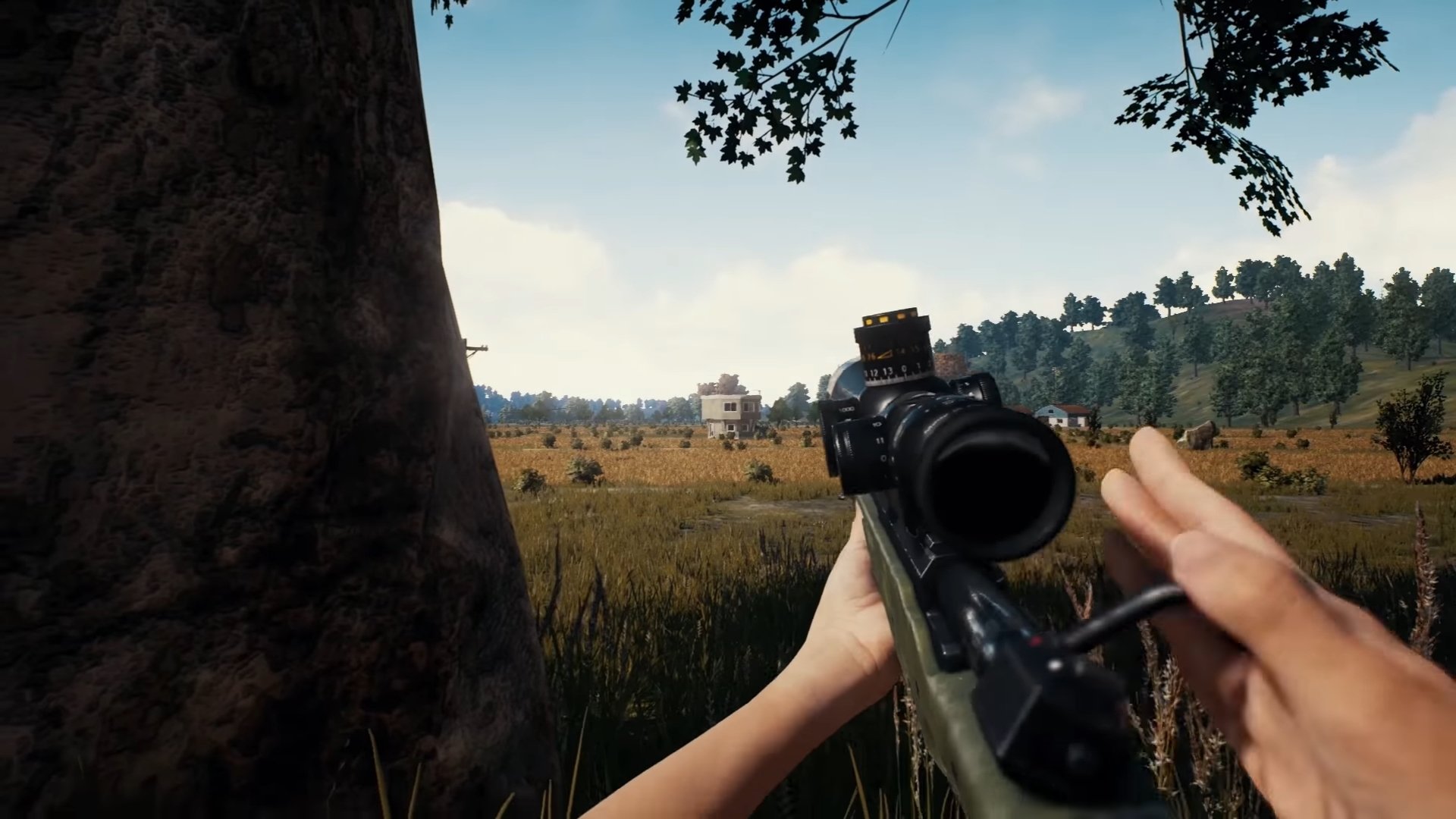 It takes a lot to win in PUBG, but familiarity with the map and its weapons is key. A good loadout usually consists of a long-range gun and a backup weapon for close-range encounters.

A sniper rifle will come in handy in numerous ways during the majority of the mid-game in PUBG, since you can spot enemies from a distance while the circle of death closes in. Here are the best sniper rifles in PUBG and where to find them.

The AWM is a dominant sniper rifle in PUBG. It can one-shot a level three helmet, making it formidable in the late game. One of its main downsides, though, is that it uses .300 Magnum ammo. Equip this beast with an 8x scope and go nuts.

The AWM deals the most damage out of all the other sniper rifles (at 105) and ships with a default magazine size of five.

Where to find it: The AWM and its ammo can only appear in care packages on Erangel, Vikendi, Miramar, and Sanhok.

Next up on the totem pole is the M24, which is a bolt-action rifle just like the AWM and functions like its weaker younger brother. Accuracy is key, but when your shot is on, it can be decisive.

The M24 has a base damage of 75 and a default magazine size of five.

Where to find it: The M24 is confined solely to care packages on Erangel, Miramar, Vikendi, and Sanhok, but its 7.62 ammo can be found almost anywhere.

The Mk14 is a beast. It’s semi-automatic, like its cousin, the SKS, but it’s more powerful and can be insanely accurate when fully kitted with a grip, cheek pad, and compensator.

The Mk14 comes with a base damage of 61 and a default magazine size of 10.

Where to find it: The Mk14 is only available in care packages on Erangel, Miramar, Vikendi, and Sanhok, but its 7.62 ammo can spawn almost anywhere.

The Mini 14 is aptly named since it’s kind of a miniature version of the M14. It’s a carbine/DMR semi-auto rifle and, like the SKS and Mk14, is useful due to its ability to fire quickly.

Where to find it: The Mini 14 is a regular loot drop and can be found as floor loot around Erangel, Vikendi, and Miramar. It uses 5.56 ammo, which is very common.

The Kar98k is probably the worst of the bolt-action sniper rifles, but it’s still a monster in the right bhands. It’s readily available in a lot of areas around the map and it’s a gun that most players should become accustomed to using due to its accuracy.

The Kar98k features a base damage of 79 and a default magazine size of five.

Where to find it: The Kar98k is commonly found in military areas and some houses and apartments in Erangel, Miramar, and Vikendi.

PUBG’s first designated marksman rifle, the SKS levels up to a whole other degree when it’s equipped with a compensator, foregrip, extended quickdraw mag, and cheek pad. The SKS trades damage for fire rate and can be used to lay down constant fire up close or from afar, especially with the 20 shots it gets from equipping a quickdraw mag.

The SKS has a base damage of 53 and holds 10 rounds by default.

Where to find it: The SKS is commonly found in military areas as well as some houses and apartments in Miramar, Erangel, Vikendi, and Sanhok.

The VSS can look like a downgrade from the other sniper rifles in the game, but its usefulness is in the fact that it comes with a suppressor and is semi-automatic. Because of this, it can be spammed fairly easily to put out shots thanks to its 41 base damage at close to medium range. It has a base clip size of 19 bullets and a rather slow reload time.

Where to find it: The VSS can be found in houses and apartments throughout Erangel, Miramar, and Sanhok.

The Win94 is a lever-action rifle that uses .45 ACP rounds. It holds five shots per clip and hits for 66 base damage, making it one of the weakest out of the base sniper rifles in the game.

Where to find it: The Win94 can be found in buildings throughout Miramar and Sanhok.

It doesn’t quite try to replace it as a whole, however, since PUBG Corp. had a different idea when adding the Mosin Nagant to the game. Due to the nature of balancing, some weapons end up being more powerful than the others, which prevents other weapons from getting picked up.

By adding weapons that share similar stats with other alternatives in the game, like with Mosin Nagant and Kar98k, PUBG Corp. aimed to increase the viability of some weapons without affecting the others.

Where to find it: The Mosin Nagant can be found in building complexes in Erangel and Vikendi.