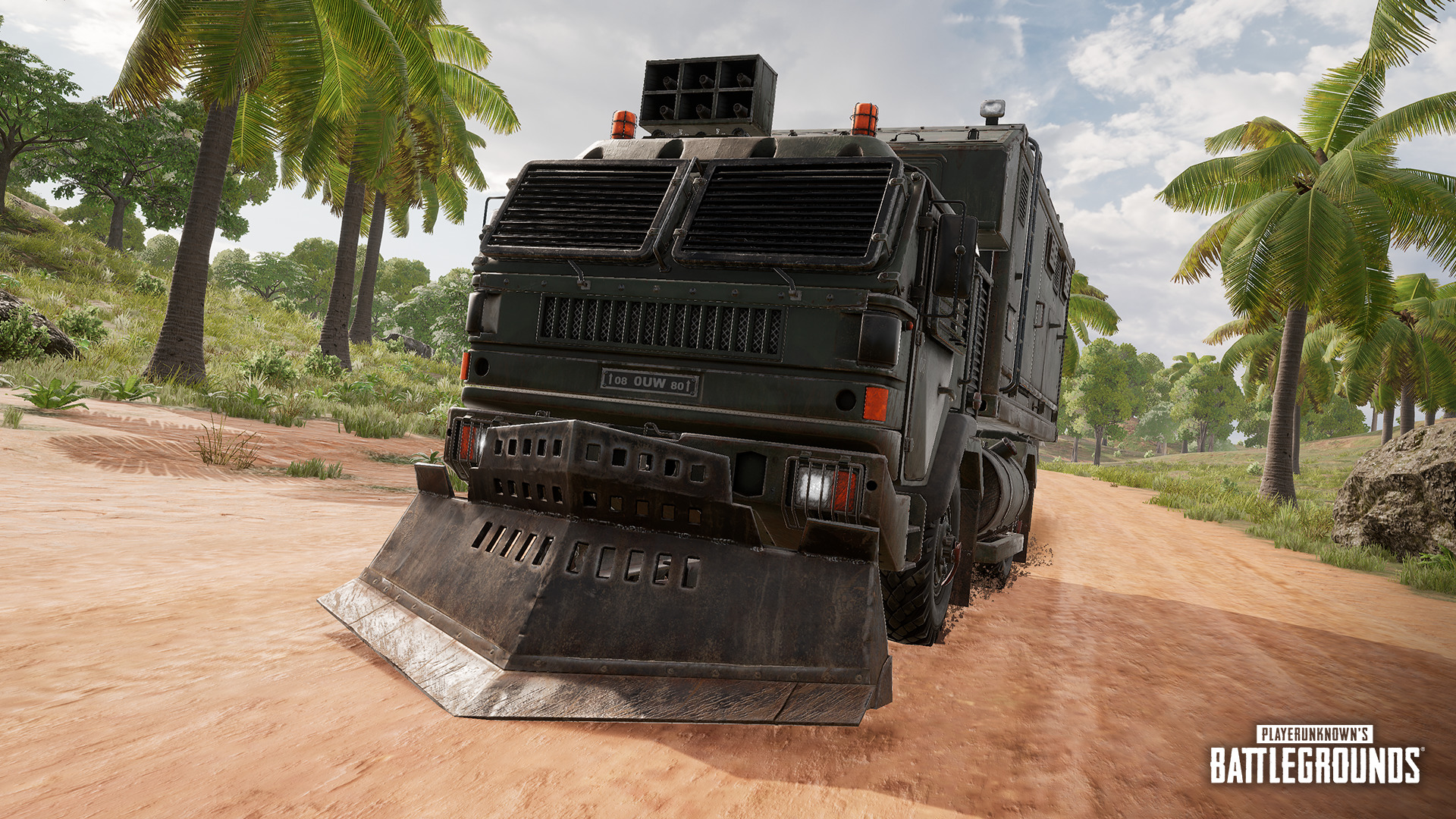 Season eight of PUBG is almost here, bringing with it massive changes to the island of Sanhok, a new way to gear up with the Loot Truck, the start of the next ranked season, a new survivor pass, and more.

Sanhok is receiving a complete rework, with locations and landmarks being improved across the board.

Here’s the full list of patch notes for PUBG’s Update 8.1

The main feature of Update 8.1 is the new and improved Sanhok. The map has been reworked from the ground up to look better, perform better, and offer more balanced gameplay.

Bootcamp has been completely reworked. The developers wanted to keep it a hot location while improving the feel and competitive conflict in the area.

The old version of Quarry was a terribly imbalanced experience. The devs have done a lot of work to make it a unique location that’s fun and fair for those who find themselves in it.

The farm area in the northeast has been replaced with a new Airfield. The Airfield has a chance to spawn the Motor Glider. This is the only place you’ll be able to find it on Sanhok.

Getaway is a loot-packed resort town designed to separate tourists from their money, featuring poolside bars, a boardwalk, and Sanhok’s premier dance club.

The devs have reworked the surrounding area of Ruins, making it the massive, labyrinthine, and deadly destination it should be with plenty of loot.

The mountainous area in Sanhok had a number of issues relating to gameplay. Players caught up with the blue zone approaching were left with few options. The devs have added additional pathways to reach the mountain, including some flanking options.

A subterranean temple has been added to the Cave.

The River gives players more options to cross. A few bridges have been added, as well as additional coverage on some existing bridges and further cover on river banks.

All four of these towns have received some reworks, adding verticality, interesting things to explore, new ways to fight, and venues to battle over the new Loot Truck as it passes through.

Bhan has been removed and replaced with a normal set of houses. This area should now be a more defensible position to loot and control.

The Loot Truck is a new feature that gives players an additional way to gear up. Trucks spawn in one of several garages around the island and drive along roads, enticing players to attack then. As these trucks take damage, they’ll drop some loot and continue on their way. Players who destroy the truck will be rewarded with an even bigger cache of weapons and gear.

The remastered Sanhok will feature mostly similar item spawns to the previous iteration of the map. But there are some changes:

The Gas Can improvements, which were postponed from Update 7.2, are now back with some changes.

Featured map and random map has been enabled.

A new Ranked Season has begun. Ranked Rewards for season seven will be distributed to players shortly after launching into the new season

With Vikendi being added to Ranked Mode, the devs have made some Ranked specific changes to the map and some additional changes across Ranked Mode as a whole.

Footstep sound has been re-designed and remastered. To provide better sounds, the following improvements has been made:

Improvements were made to ensure a more user friendly experience.

Now you can easily ‘Team Up’ with other players who you’ve met in Normal and Ranked Matches.