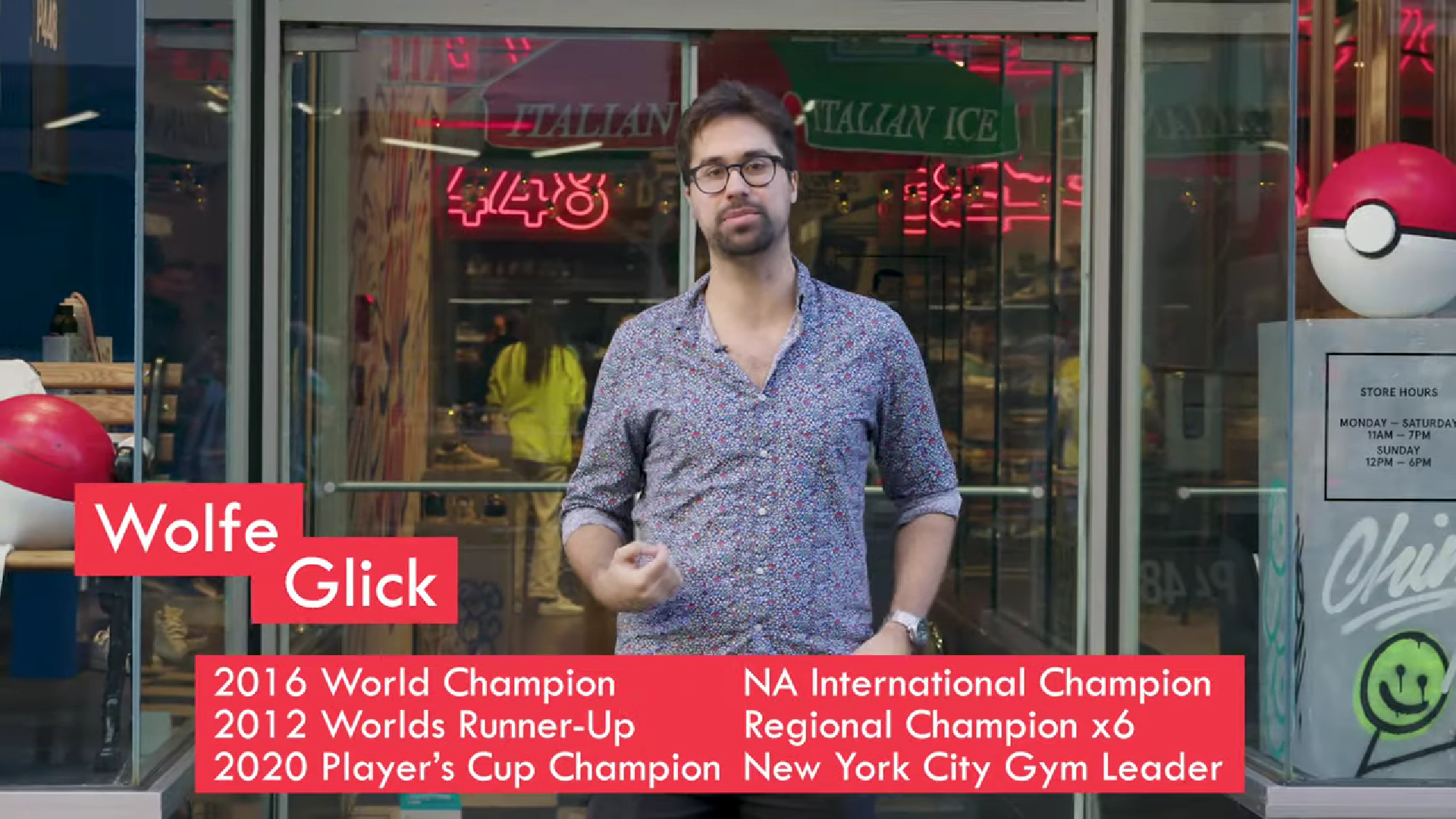 The 2016 Pokémon World Champion Wolfe Glicke recently uploaded a video on his YouTube channel showcasing the limited-time event he held in the heart of New York City, where he opened his very own Pokémon gym for a day.

A player who has won every level in the Pokémon VGC tournament circuit, Wolfe Glicke is one of the most well-known and respected names in the competitive Pokémon scene.

His YouTube channel has recently seen a surge in popularity, after which he decided to use his reach and success to hold one of the most ambitious events in the general Pokémon scene—opening a real-life Pokémon gym.

The event took place about a month ago, but the reveal and details of the event were only disclosed through Wolfe’s latest YouTube video—a 10-minute showcase of how exactly the Pokémon gym came together and functioned.

Wolfe Glicke and his team partnered up with Italian luxury shoe brand P448, whose New York outlet he used to turn into his very own Pokémon gym for a day.

Long lines of people could be seen waiting to enter the former World Champion’s gym, some hardcore fans of Wolfe and competitive Pokémon players themselves, while others just got into Pokémon during the current Pokémon Scarlet and Violet era and wanted to have a fun time interacting with the people and the features inside the place.

When fans got to the entrance, they were greeted by the oh-so-familiar “Fresh Water dude,” who—just like in the Pokémon games—welcomed the challengers into the game, handed them a water bottle, and told them which type of Pokémon would be best going into the gym.

Wolfe’s was actually a Water-type gym, where he used a special team he constructed to fit the formula gym leaders adopted in the official games. Below is the team that Wolfe Glicke used:

Ah, what amazing Water-types—and Coalossal? Well, Coalossal donned the Water Tera type, in true Scarlet and Violet gym leader fashion, where one Pokémon did not fit the Gym Leader type theme but possessed a Tera type that did.

But no trainer is allowed to face the Gym Leader right as you enter the doors. There are always challenges set before you in the form of Gym Trainers, who in this case, were Wolfey’s good friends and competitive Pokémon peers: Aaron Traylor, Aaron Zheng, and James Baek, three world-renowned players with high-level tournament results under each of their belts.

If the people didn’t want to just frolic about in the gym, taking pictures with everybody, but instead wanted to be the very best like no one ever was, they had to go up against one of the Gym Trainers, beating who would lead them to the Gym Leader, Wolfe Glicke, for a chance to earn a specially-crafted Gym Badge and all the glory you could ask for.

The battles took place in VGC format, the official competitive format for Pokémon, where players would face off in double battles. Players can form and bring a team of six Pokémon and would have to choose four of the six to bring into battle during team preview where each player gets to see the opponent’s team for a limited time.

Even though Wolfe showed off his world-class skill as a competitive Pokémon player, there were a couple of players that did catch him off guard and beat him, earning themselves a Gym Badge.

Everyone who participated in the Gym Challenge regardless of whether they won or not would still receive a participatory Gym Badge different from the winning badge, as well as a complimentary pair of shoes from P448.

A lot of the people who were waiting in line and took part in the event came on camera to share their thoughts. One woman said she was “walking by the store and there was a long line outside and it looked really fun and exciting inside, so I had to pop in and see what was going on.”

While a lot of the people were New York residents, others flew in from faraway states. “I’m from Louisiana, flew out this morning and I could not have asked for a better event, it was an absolute blast,” an enthusiastic fan said.

He continued, saying “It was difficult. It was everything I could ever ask for; I’m sounding like a broken record but it is truly a blast to get to fight Wolfe and really show the best that I have.”

Wolfe also mentioned he wants to open the world’s first real-life Elite Four as well, an endeavor he can only complete with his fans’ love and support.