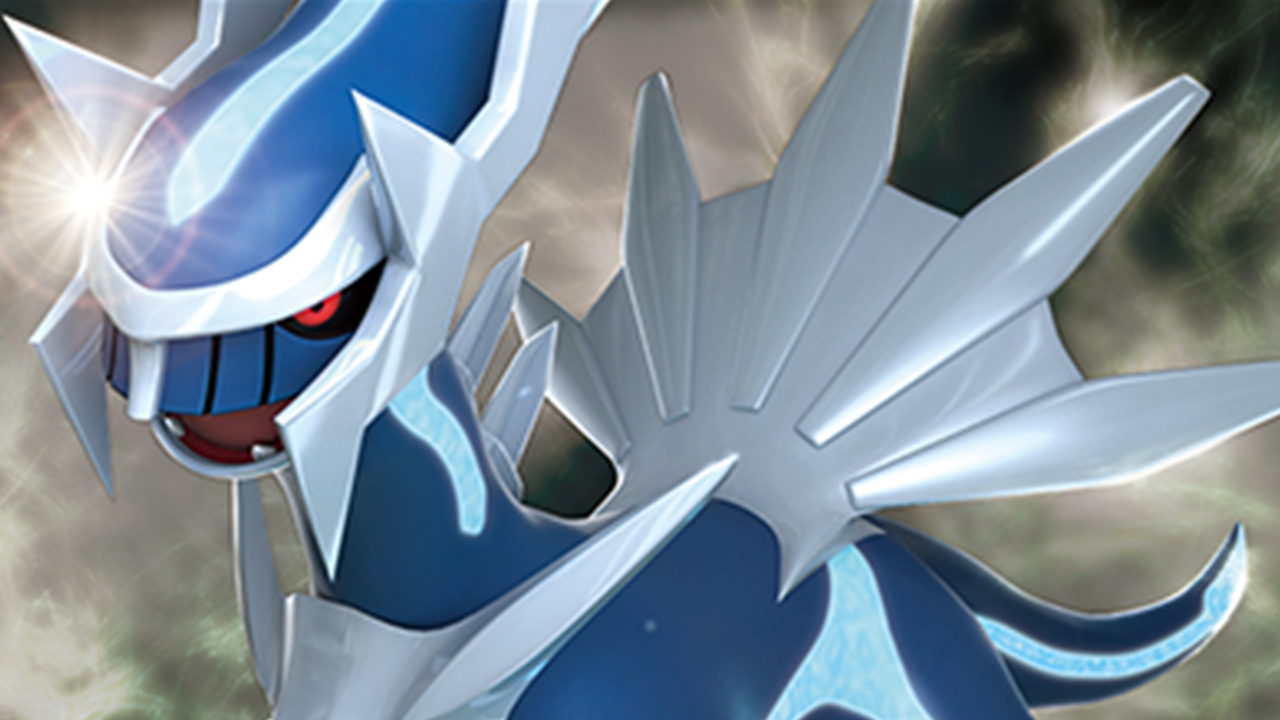 Another pair of Pokémon 25th Anniversary cards were revealed this week, this time focusing on two fourth-generation stars, the legendary timekeeper Dialga, and fan-favorite Garchomp.

Dialga joins the main 25th Anniversary Collection packs as a holographic card with the 25th Anniversary stamp. Number eight of the 28 card set, there isn’t a lot else to rave about. The card is one of the normal cards you’ll find within the pack.

Those who purchase four or more of the 25th Anniversary Collection packs will be gifted a unique promo pack containing a close reprint of a vintage card. Newly announced is Garchomp C LV. X, also with the 25th Anniversary stamp, and includes a stamp of its trainer Cynthia.

This promo is a reprint of the Supreme Victors set from 2009. This also boasted the unique trainer stamp that is present on its reprint.

These are the two latest additions revealed for the October 25th Anniversary Collection which will hit stores in Japan on the 22nd. The cards will also likely be included in the English October set Celebrations which also honor the history of Pokémon TCG.

If you plan on getting either of these sets then you may want to get your pre-orders in to secure yourself stock as they’ll likely face a similar influx of buyers as some of the sought-after sets earlier this year.