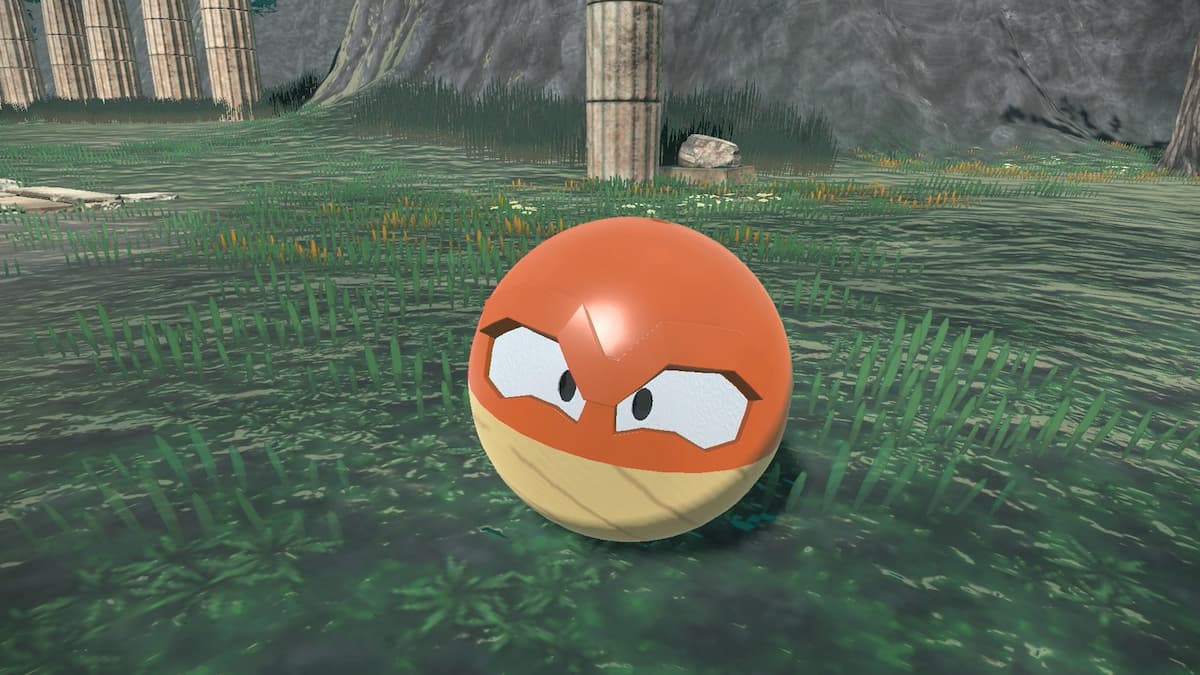 After almost a full day of teasing the reveal with a sort of interactive mini-game involving Ball Guy, The Pokémon Company has officially revealed Hisuian Voltorb.

The regional variants of the Kanto natives will be appearing in Pokémon Legends: Arceus and more closely represent the Poké Ball technology available to those who journeyed across the ancient Hisui region.

Hisuian Voltorb not only looks like the older Poké Ball model, but it also replicates the more natural composition of the items by taking on a new Electric/Grass-type combination.

The cause for this typing is the mixture of natural materials that are used to make Poké Balls, which includes wooden parts, hence the Grass typing and wooden look to the lower half of Hisuian Voltorb. This is also only the second time this type combo has been used in a Pokémon game, following Rotom-Mow, making it wholly unique as a naturally obtainable Pokémon in the wild since Rotom is Mythical Pokémon and requires the use of appliances to change forms.

Visually, this version of Voltorb still has a tendency to explode, but it does look a lot friendlier than its Kantonian counterpart.

Unlike with the Hisuian Zorua and Zoroaork reveals, We only got a glimpse of Hisuian Voltorb in this reveal. It is unclear if this signals a later reveal for a similar variant of Electrode or if Voltorb native to Hisui have an entirely different evolutionary line, similar to Scyther evolving into Kleavor.