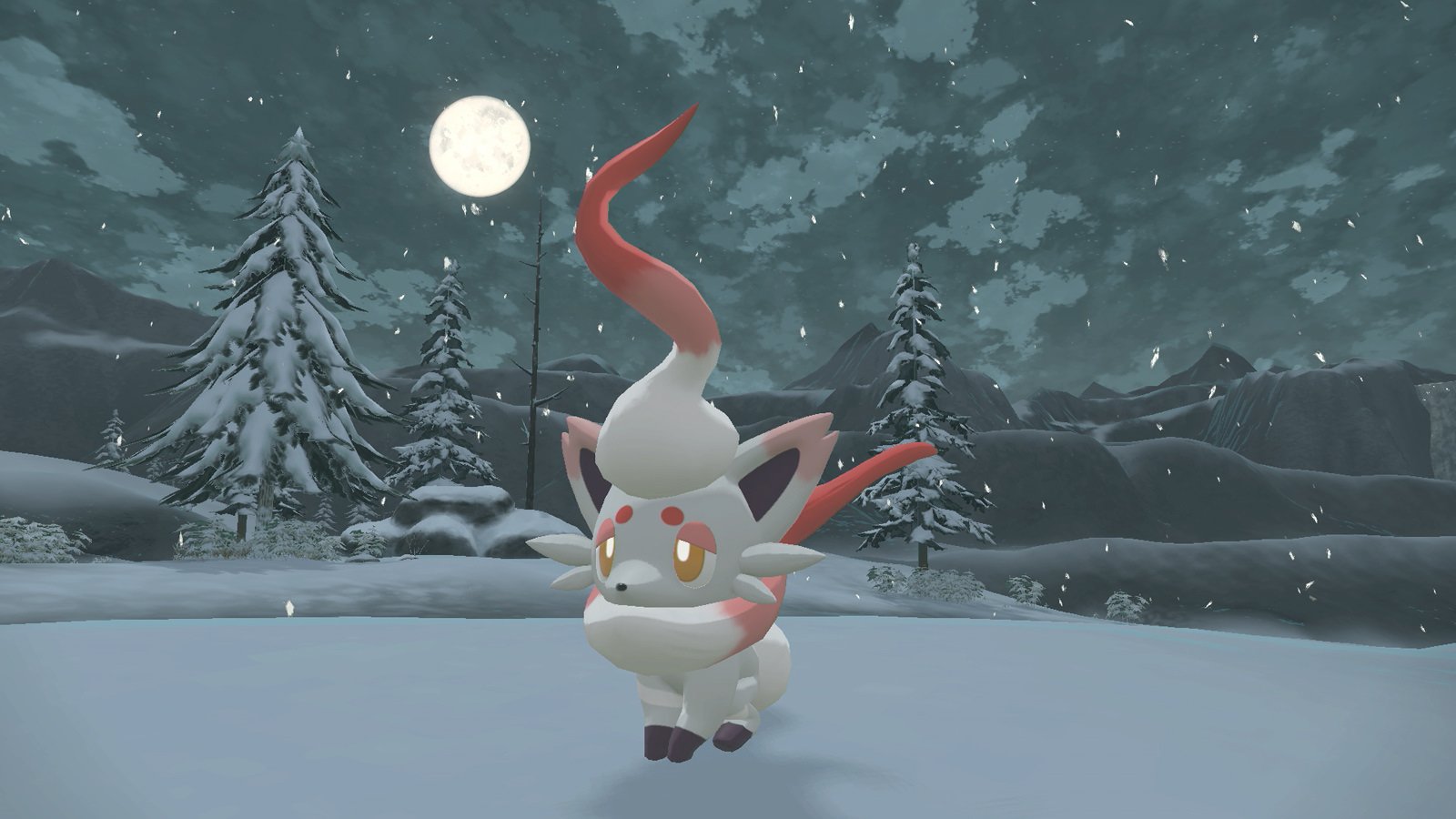 Several days after popular Unova Pokémon Zorua and Zoroark were teased for inclusion in Pokemon Legends: Arceus with found footage-style clips on Twitter, The Pokémon Company revealed more information about the role they’ll play in the upcoming game. Shortly after the trailer was released, Serebii announced that players who purchase the game early on will be able to receive an exclusive in-game cosmetic item.

Both Pokémon are shown in battle. First, a Trainer’s Zorua takes on a wild Swinub. Later on, a Trainer battles a wild Zoroark with their Gardevoir, who is presumably weak to Zoroark’s new Ghost-type attacks. It appears as though both Zorua and Zoroark will join the ever-growing list of wild Pokémon players can find and face throughout the wilderness of Hisui.

After the trailer’s release, a Serebii announcement on Twitter revealed that fans who purchase the game any time between launch and May 9 will be able to receive an exclusive cosmetic item through the in-game Mystery Gift feature, which is making a return from previous Pokémon games.

This applies to both pre-orders and regular purchases, as players simply have to download the gift before May 9 to receive it (Serebii previously said the gift would run until May 22, but has since issued a correction.) The cosmetic item is the Baneful Fox mask, which allows players to look like Zoroark.