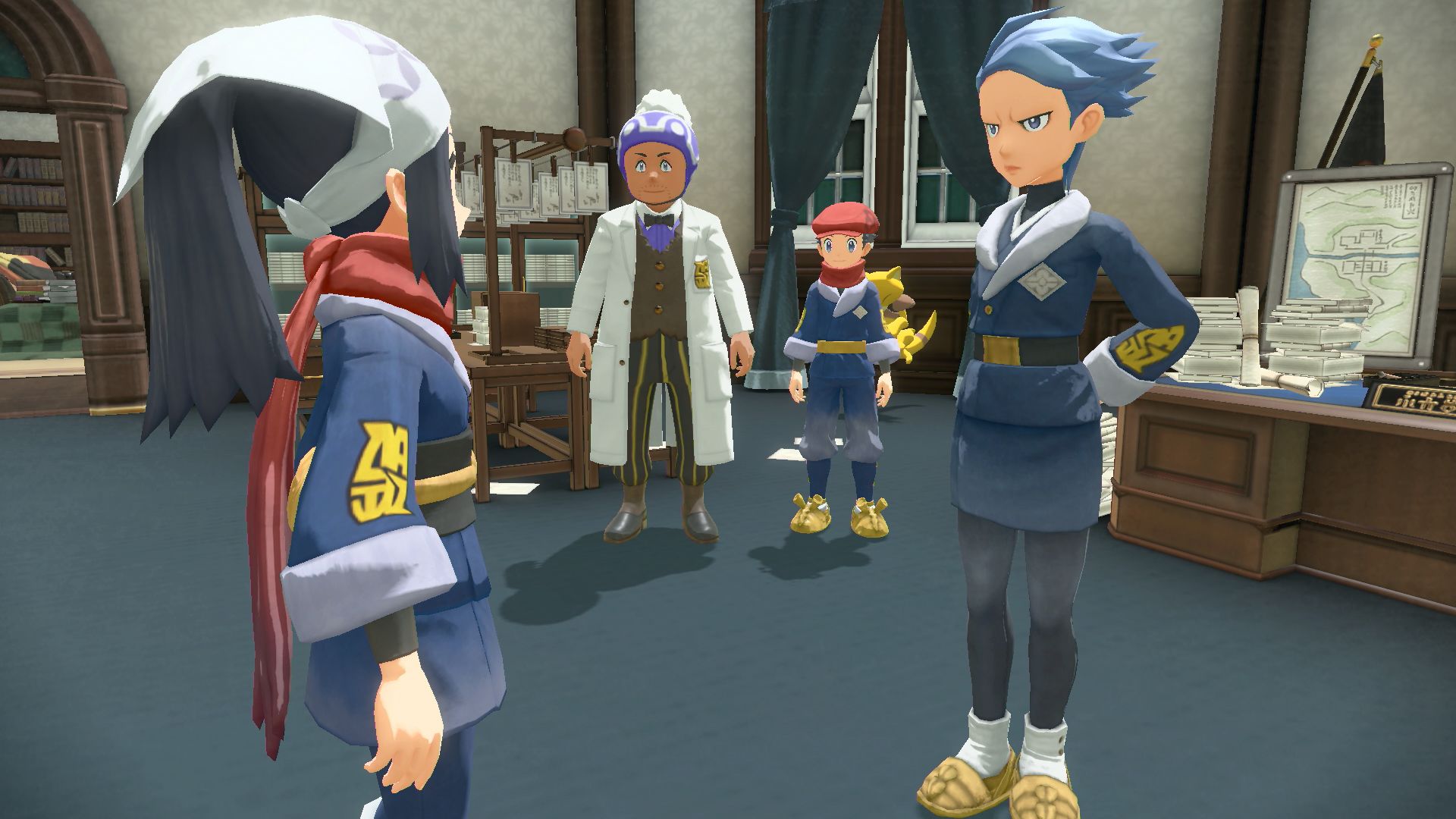 Pokémon Legends: Arceus brings to the game a mix of new and old. There is plenty of familiar Pokémon back to capture once again along with some new faces. But it isn’t just new Pokémon, you’ll also meet new trainers in the Hisui region.

The story of Pokémon Legends: Arceus has many important figures, some of which are ancestors of characters Pokémon fans may have met in previous Sinnoh games.

All Characters in Pokémon Legends: Arceus

Commander Kamado is the leader of the Galaxy Expedition Team. While he can be harsh with his words and actions, Kamado has built up trust among the team thanks to his experience and success as their leader.

You’ll report back to Captain Cyllene a lot during your adventure in the Hisui region as she is the leader of the Survey Corps, which players join during the game. Like Commander Kamado, Captain Cyllene is a stern leader.

Depending on what appearance you chose at the begging of your adventure, either Akari or Rei will show up as another Survey Corps recruit following you along as the protagonist of the story. Together the pair of you will seek to document all the species of the Hisui region.

Professor Laventon is another member of the Survey Corps, this time working within their research department. You’ll come to see a lot of the Professor and even receive your first Pokémon as a gift from him.

When it comes to traversing the seas Basculegion is key and the person in charge of caring for this powerful Pokémon is Iscan. The Diamond Clan member isn’t too fond of Ghost-type Pokémon, which can cause problems while adventuring.

Another member of the Diamond Clan, Azeru is another warden present in the Hisui region with the job of caring for a noble Pokémon.

A member of the Diamond Clan, Mai is tasked with caring for the ancient Wyrdeer who inhabits Obsidian Fieldlands. You won’t catch Mai without her companion Munchlax, who has been by her side since the beginning.

Leading the Pearl Clan is Irida. Another individual with plans to face the vast Hisui region, Irida leads her clan with Glaceon, the Ice-type companion by her side.

Caring for Kleavor is Lian, a young member of the Pearl Clan who has proved himself to be quite a talented Pokémon trainer.

If you’re after rare items then you’ll want to consult Ginter. The leader of the Ginkgo Guild sells rare items and special finds that he gathers while journeying the Hisui region.

During your travels, you’ll likely run into another member of the Ginkgo Guild, the traveling merchant Volo. If you’re after special items, make sure to pay him a visit.