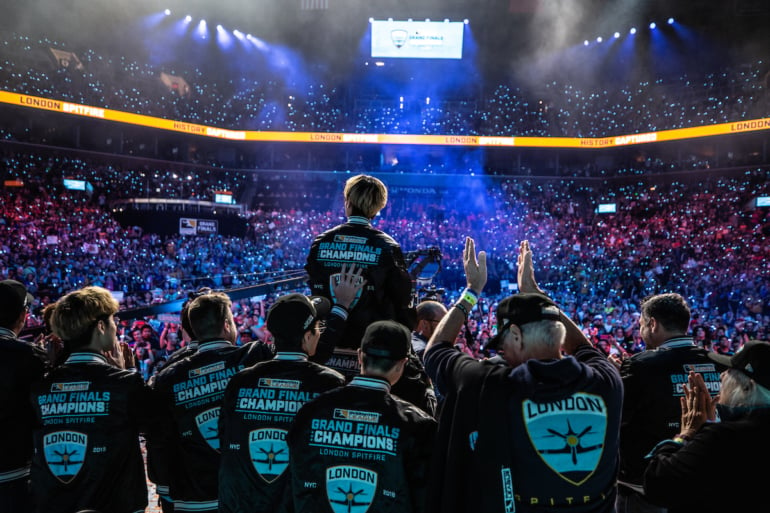 Blizzard Entertainment has partnered with German broadcaster Sport1 to have live Overwatch League coverage on television in Germany, Austria, and Switzerland, it was announced today.

The two year agreement will see the company’s ESPorts1 pay-to-watch channel feature live coverage from Blizzard’s Overwatch League and the Overwatch World Cup. The broadcast will not include StarCraft 2 or World of Warcraft, however the digital card game Hearthstone will also be featured.

“Germany has always been a top market for Blizzard games, and as such it is very exciting to work with Sport1,” Jamie Pollack, vice president of business development and media rights for Blizzard said in a press release. “Being a part of the new channel perfectly aligns with our goal to increase reach and make the Overwatch League and Hearthstone esports more accessible to German fans.”

The announcement comes a week after Sport1 revealed its new esports channel appropriately named ESports1. It’s the first channel in the German-speaking regions to be solely dedicated to competitive gaming, and it will run 24/7 esports coverage, with at least 1,200 hours of esports events in 2019, alongside highlights and self-produced shows in German.

“With its strong global positioning as one of the most prestigious developers and marketers of entertainment software, Blizzard Entertainment is an optimal partner for our new channel ESports1,” Daniel von Busse, chief operating officer at Sport1 said. “We are offering three premium esports tournament series on ESports1 that will excite and delight many fans,” he concluded.

The new season of the Overwatch League kicks off on Feb. 14 where London Spitfire, the winners of the inaugural season, will have the opportunity to defend their title. Eight new teams will join them, including representatives from North America, Asia, and Europe.