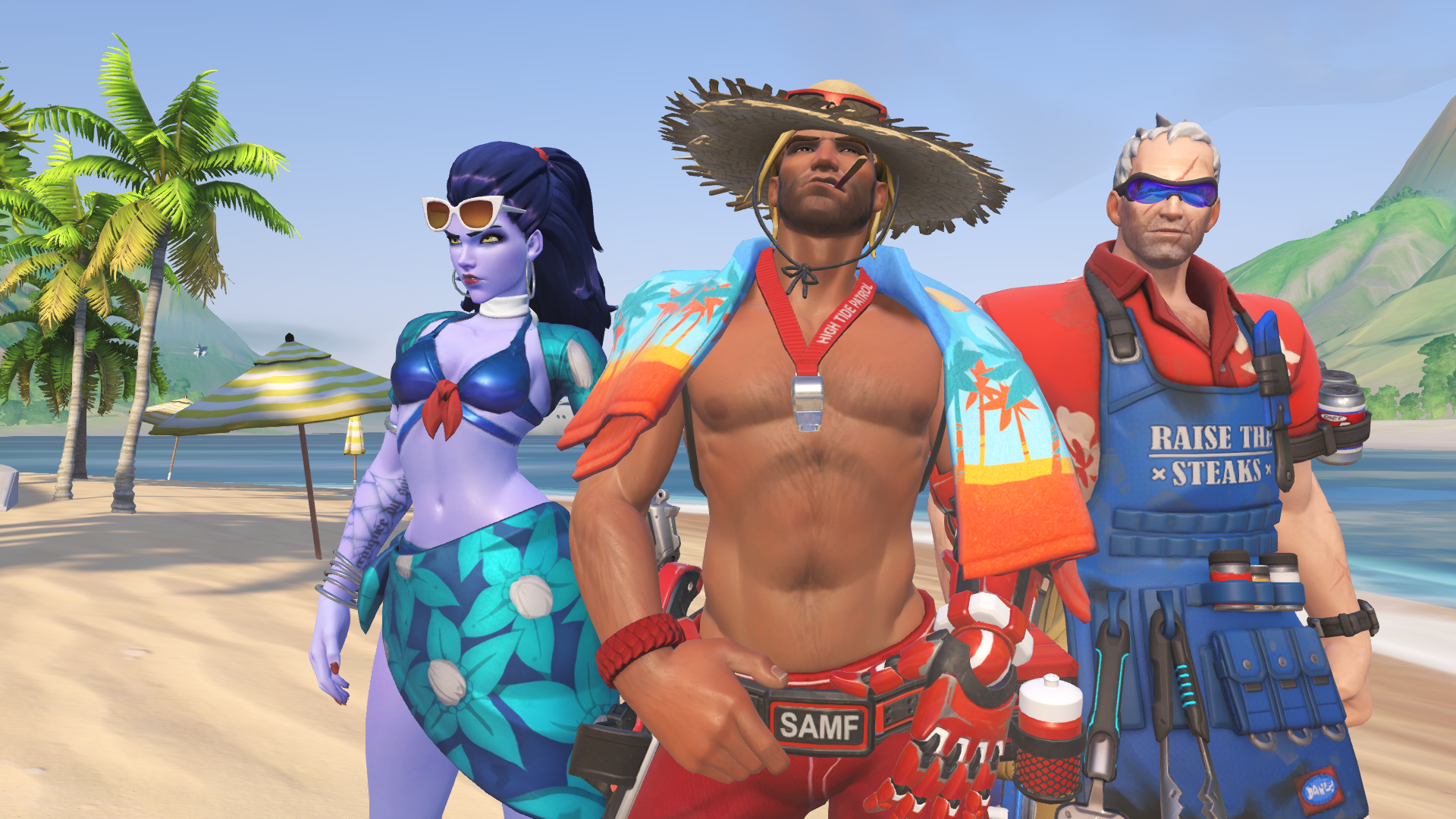 Overwatch’s Summer Games event is now live, and with it, we’ve got a bunch of amazing new skins. Beach-inspired skins for McCree and Widowmaker, BBQ master Soldier: 76, and cricket player Junkrat—these skins are everything we’ve been asking for. Not to mention, Mercy is now an absolute goddess with her Nike skin.

You’ll have until Aug. 28 to unlock these skins, as well as last year’s Summer Games skins, either through loot boxes or by purchasing them with Overwatch credit.

New highlight intros and emotes are tucked into the Summer Games event, too. Sprays and voicelines are also available, so get playing.

Kiss the cook. Soldier: 76 is on the grill. Grillmaster: 76 costs 3,000 Overwatch credits. Oh, and his heal station is a soda can.