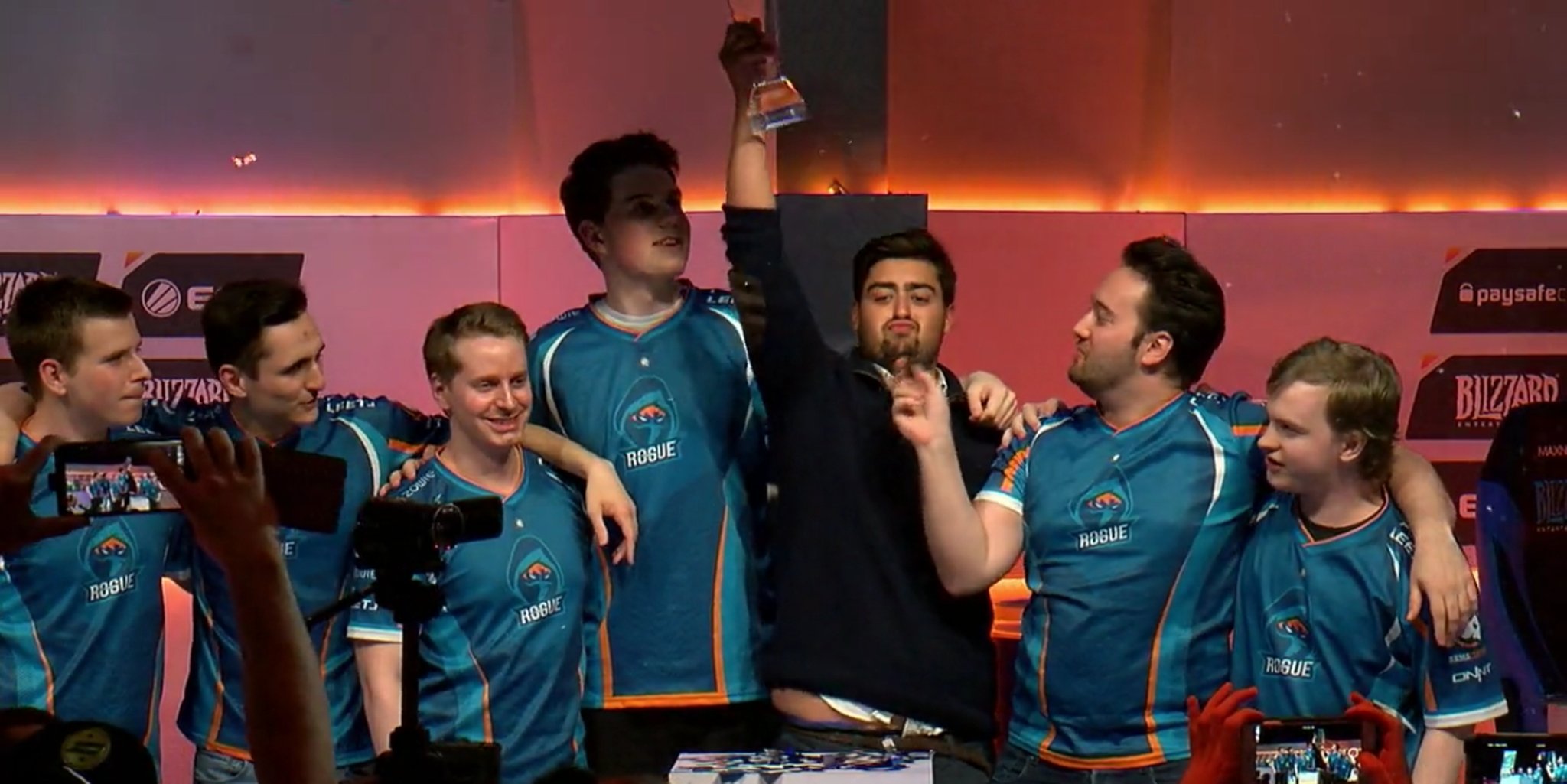 The biggest Overwatch tournament since the game’s release is over, and the winners came in the shape of the underdogs from Rogue.

The competition, titled the ESL Atlantic Showdown, offered a $100,000 prize pool as well as international bragging rights, as this was the first time teams from both North America and Europe got to compete on LAN. Taking place at the technology expo Gamescom in Cologne, Germany, the tournament was a must-win for all teams in attendance.

Having had a less than ideal run in the group stage, Rogue’s start at the tournament saw the European squad drop its series against eventual finalists Reunited. Immediately following their loss, Rogue secured their path into the playoffs by defeating the newly-assembled compLexity Gaming roster in two straight victories on both Watchpoint: Gibraltar and Hanamura.

While the victory against compLexity secured Rogue a spot in the semifinals, the team’s path now crossed with overwhelming tournament favorites EnVyUs. Having won a total of 57 series in a row in online matches, Rogue were now tasked with becoming the first team to ever defeat EnVyUs in a series.

Both teams delivered what can only be considered a once-in-a-lifetime performance, as the two sides fought a bloody battle across five maps in total. The final confrontation came on Lijiang Tower, and just as it seemed as if EnVyUs would proceed on to their first ever LAN final Michaël “Winz” Bignet just barely got off a perfect Zarya ultimate, allowing Dylan “aKm” Bignet’s Tracer to wipe out the remaining EnVyUs resistance and secure Rogue’s spot in the grand final. Putting a black mark on EnVyUs’ perfect record.

In the grand final, Rogue were able to exact revenge upon Reunited, who had defeated them in the tournament’s group stage. In stark contrast to Rogue’s bout with EnVyUs, the French-Swedish line-up now entered the grand finals as overwhelming favorites, and subsequently defeated Reunited 3-1.

This is not to say that Reunited didn’t put up a challenge, as the team’s DPS Hendrik-William “Vallutaja” Kinks consistently delivered incredible performances on heroes such as Tracer and McCree. It was not enough to fight off Rogue, however, who now are the winners of the biggest prize pool in competitive Overwatch as they took home $40,000 and the title of best team in the world.