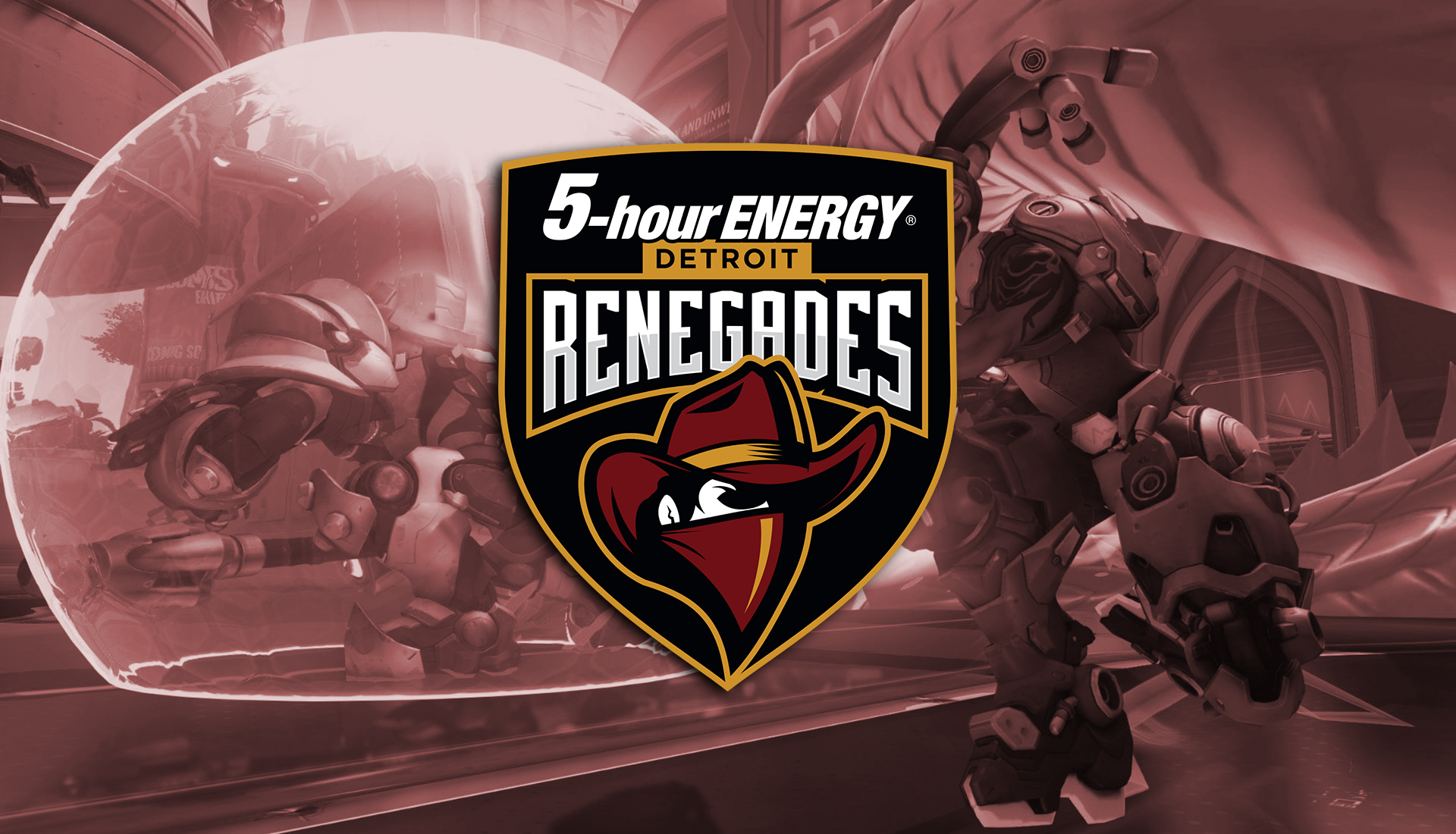 The announcement of the sponsorship was also the first official acknowledgement by the Renegades organization that they had signed an Overwatch squad. The team has been playing under the banner at the Overwatch Winter Premiere since Jan. 3.

The team formerly known as Kingdom Esports is currently dominating that event, having won all four of their matches and not dropped a game so far.

The connection to the Michigan area was a major factor in the deal, according to both parties.

“This sponsorship by the makers of 5-hour Energy shots epitomizes our shared values of hard work, innovative marketing, and efficient operations,” Renegades owner Jonas Jerebko said. “As our first non-endemic sponsor, being headquartered in Michigan encourages a beneficial relationship to support our organization and players directly.”

Melissa Skabich, Communications Director for 5-hour Energy parent company Living Essentials, also noted that partnering with a team based locally was “an excellent fit for our brand.”

Detriot Renegades are conspicuously strengthening their ties to the city, ahead of Blizzard’s city-based Overwatch League coming later in the year.