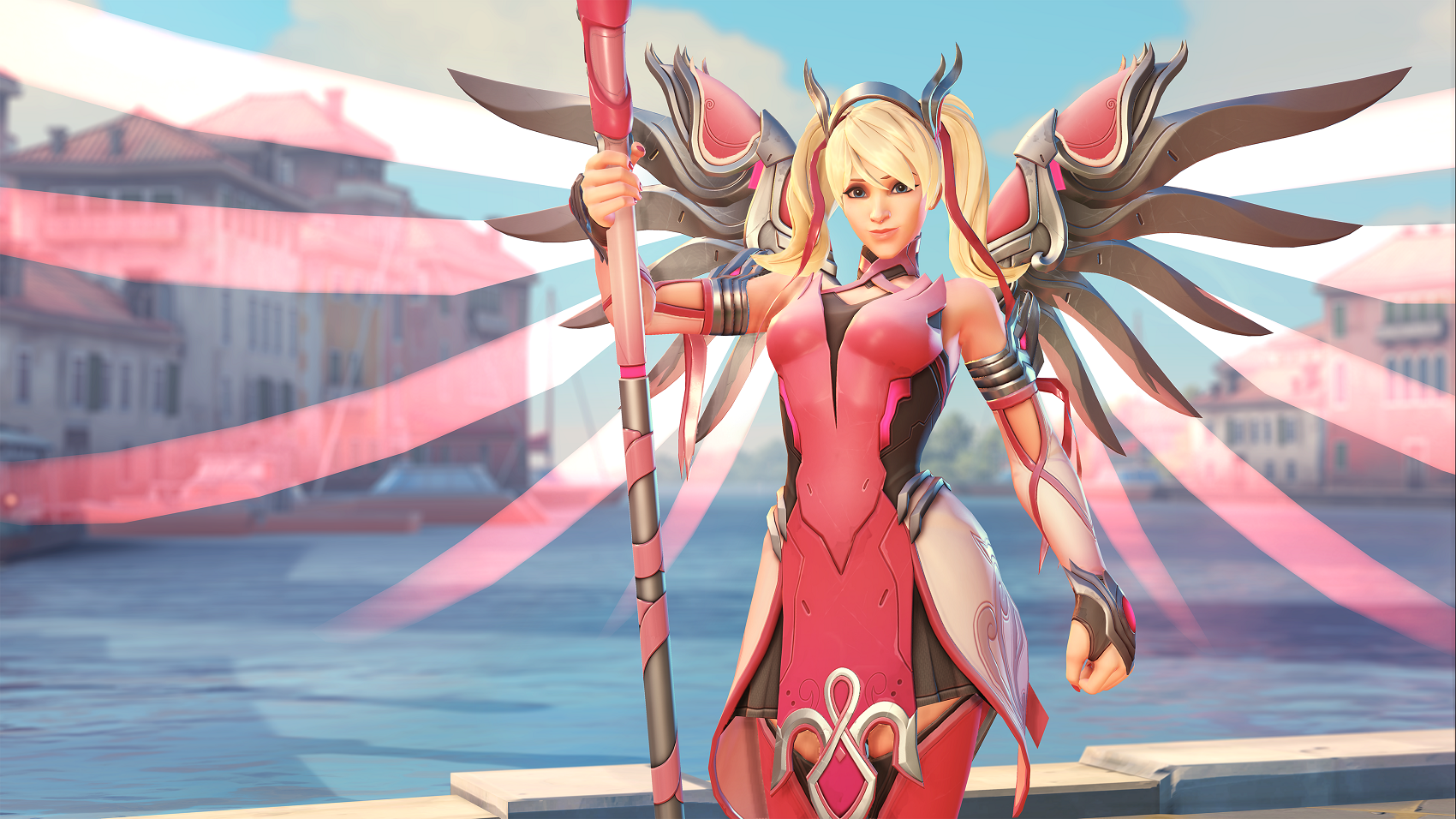 Proceeds from the skin go to the Breast Cancer Research Foundation, a breast cancer charity dedicated to supporting medical research. The skins costs $15, but all the money goes to BCRF.

“Breast cancer is the most common cancer that affects women,” Overwatch game director Jeff Kaplan said in a Developer Update posted to YouTube. “Many of us on the Overwatch team have friends have family that have been personally affected by this devastating disease.”

Not only is Pink Mercy for a good cause, but the skin is damn perfect, too. Blizzard turned the Swiss doctor into a magical girl, based on the popular Japanese anime genre. Pink Mercy has glittering sounds for nearly all of her abilities, too. It’s clear Blizzard took time to make this one very special. And fans have noticed. Almost immediately after the skin was announced, Overwatch fan artists got to work on their own Pink Mercy designs. It’s magical.

The Pink Mercy skin is only available until May 21, but we’ll have this stunning fan art forever. Once the breast cancer charity campaign is over, Blizzard will announce just how much money was raised.