After a series of mysterious teasers were released on June 4, 15 Overwatch League teams have revealed alternate jersey designs. These “Third Kit” jerseys will be worn by players this week during Overwatch League games.

Each jersey design is inspired by the team’s history or location, according to an article posted by the league. For example, the Atlanta Reign used a peach color scheme in to honor Georgia’s state fruit. Five teams reportedly “opted out” of the alternate jersey: Shanghai Dragons, Chengdu Hunters, Guangzhou Charge, Vancouver Titans, and Seoul Dynasty.

These “Third Kit” designs are all currently available on the Overwatch League store for $99. Each design features a player’s name and number; plain jerseys are not available. Players will be wearing the jerseys throughout week one of stage three. They are allowed to wear these alternate jerseys three more times during regular matches of the rest of the season. 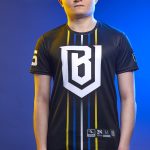 While the entire Overwatch League store is run through Fanatics, every alternate jersey is printed and created by INTO THE AM, who provided jerseys throughout season one, before the league’s multi-year deal with Fanatics began. Considering the backlash that Fanatics has been getting about the quality of their custom jerseys, this may be a step in the right direction for the league store. 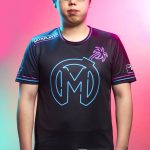