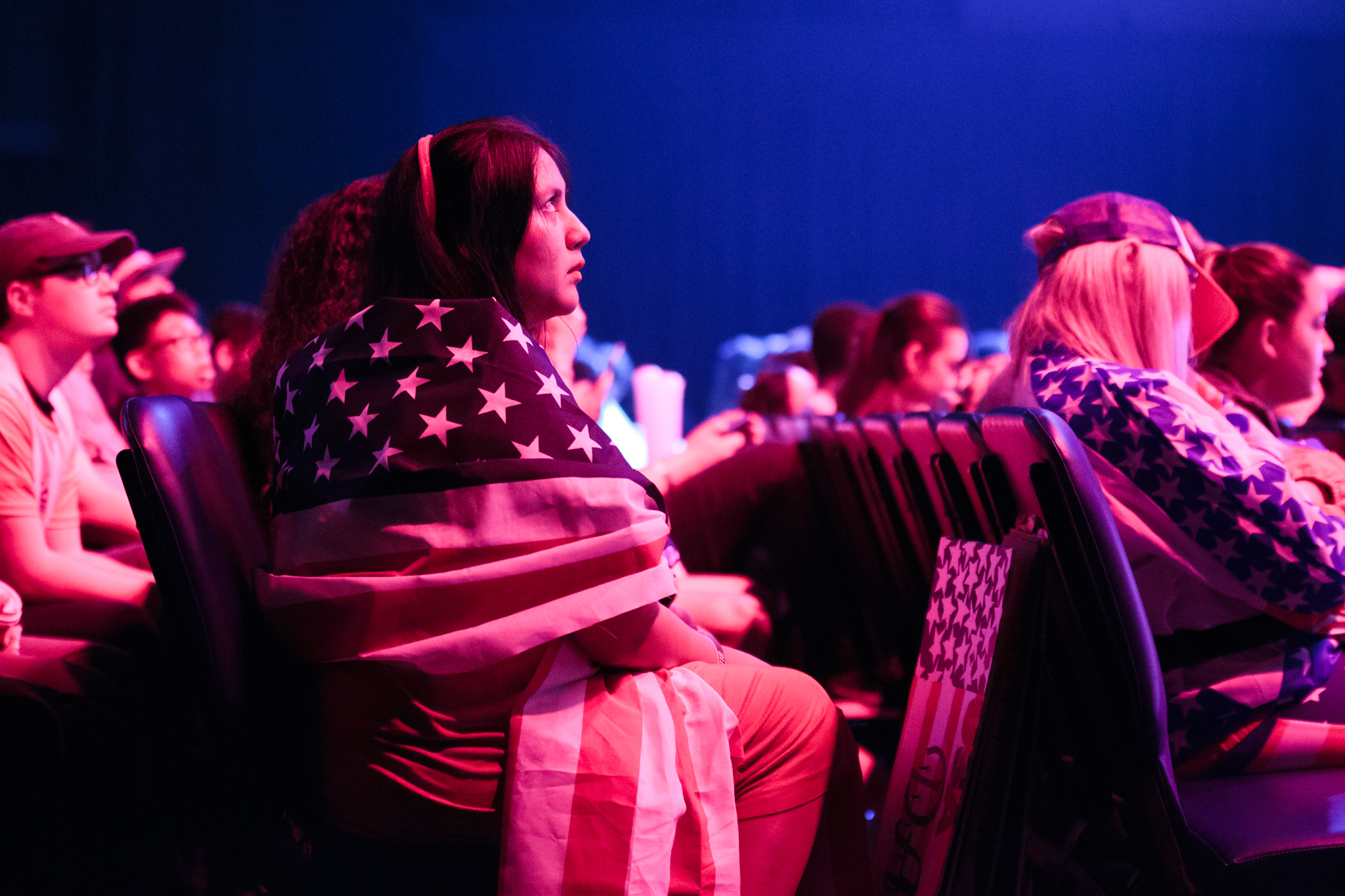 We hear your team jerseys and raise you one piece of actual esports merchandise designed for women. Clothing designer INTOTHEAM, a longtime collaborator with professional Overwatch teams and the Overwatch League, has revealed its 2019 Overwatch World Cup team jerseys.

Over 40 teams are represented. Among the colorblock jersey designs hide a baby blue blanket, a soft hoodie, and one product designed specifically for women—esports leggings.

INTOTHEAM has a positive reputation in the Overwatch fan community. They produced player jerseys for the inaugural Overwatch League season as well as the 2018 World Cup. For the second season, the Overwatch League struck a deal with Fanatics, who’s been criticized for low-quality merchandise. The league’s “third kit” jerseys were even prominently advertised as being made by INTOTHEAM to drum up sales.

That means this year’s Overwatch World Cup jerseys are likely high-quality. The designs are standard among every team, but they may be too standard. Each jersey has up to three colors spread in blocks across the torso and sleeves with the country’s name on the right shoulder. But many teams share flag colors and the “variation” between jerseys quickly became a meme.

The jerseys might be underwhelming, but the true goodness of this collection lies within the other Overwatch World Cup offerings. The large blanket and hoodie are soft and plush, but the real star is a pair of leggings. They aren’t just any leggings, they’re the first leggings produced that relate directly to professional Overwatch. Blizzard’s gear store only carries leggings to represent Overwatch heroes, not esports teams.

Female fans of esports, and Overwatch in particular, have long begged for gear made specifically for them. Fanatics had a women’s line this year, but it wasn’t free from issues. Most products in the Overwatch League store are even explicitly labeled “Men’s” instead of “Unisex.” Every one of those products are technically unisex because women have to make do for jerseys, pants, sweatshirts, and anything that isn’t a women’s cut T-shirt.

Designing esports clothing for women has even become a meme in itself thanks to an ill-designed “esports dress” that made headlines earlier this year. Many companies assume that a single variation of shirt cut is enough to pander to the female portion of their audience. INTOTHEAM has one-upped them with a single pair of leggings.

Are these Overwatch World Cup leggings the most revolutionary leggings in the world? Absolutely not. They feature a fun color and cute pattern. They also feature a few questionably-placed line details, especially that one in the front. The leggings are also $50, which is no small sum.

But what the production of these leggings says to female fans is that the technology is there. INTOTHEAM and other companies are perfectly capable of making themed leggings specifically for their female audience. Additional patterns, such as those for Overwatch League teams, could exist in the future. These leggings say that someone, somewhere is listening. Someone sees the potential revenue source of female fans dying for merchandise that has actual effort put into it.

The Overwatch League World Cup will take place entirely at BlizzCon from Nov. 1 to 2. While all of the teams represented by INTOTHEAM’s jerseys may not make it to the Anaheim, California stage, their jerseys will be available for months to come.