The Atlanta Reign will host seven other teams for games at the Cobb Energy Centre on July 6 and 7. 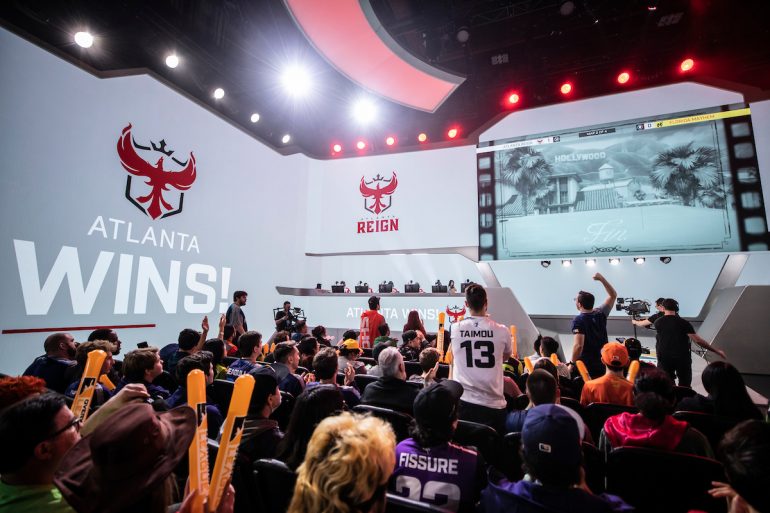 The Overwatch League is hitting the road for another series of home games, this time in Atlanta. The Atlanta Reign will host seven other teams for games at the Cobb Energy Centre on July 6 and 7. This is the second of three planned “home games” during this season of the league.

Tickets are now on sale, and fans may want to get them quickly. The first Homestand Weekend in Dallas is a sold-out event, with all 4,500 stadium seats claimed for the games on April 27 and 28.

While the Atlanta Reign enjoy the spotlight, seven other teams will join them in Georgia for the event. The New York Excelsior, Washington Justice, Philadelphia Fusion, Florida Mayhem, and Toronto Defiant are all fellow members of the Atlantic Division with the Reign. The Shanghai Dragons and Guangzhou Charge round out the weekend’s competitors. Having an Atlantic focus gives East Coast Overwatch League fans a chance to see their favorite teams without having to fly out to the Blizzard Arena in Burbank, California.

The Atlanta Homestand Weekend invites fans to enjoy four games per day along with autograph sessions and community activities. Prices for tickets range from $40 for one day to a $280 VIP Weekend package. Fans can select tickets based on what level of seating they’d like in the multi-level Cobb Centre.

Before the Atlanta Reign travel home during stage three, they have to complete stage two. Their next game is against the New York Excelsior at 6pm CT on April 19.