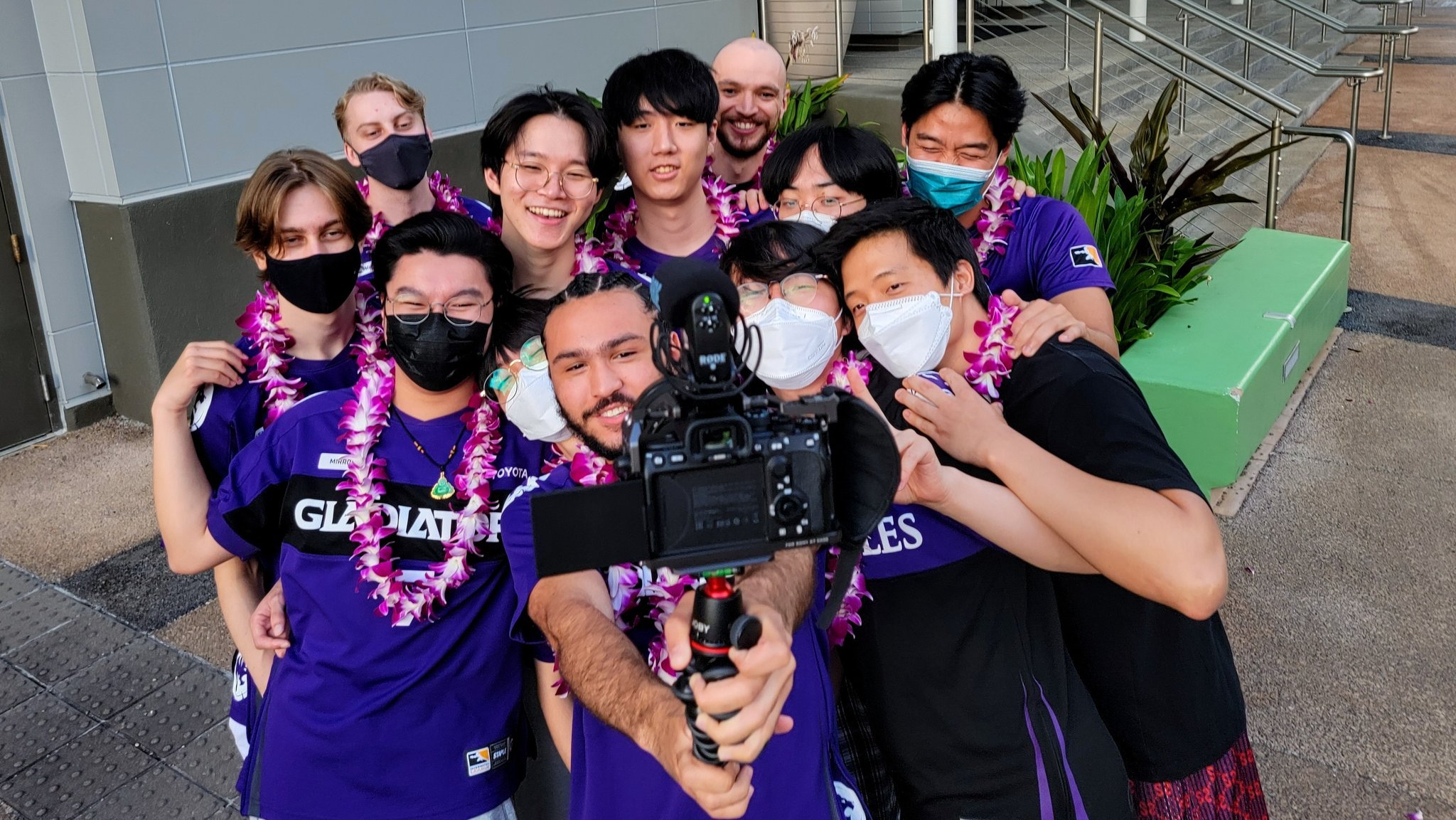 Photo by the Los Angeles Gladiators

The 2021 Overwatch League season has been filled with elaborate plot twists and thrilling matches, but one of the more banal parts of competition became a hot topic this year: the mental and physical impact of travel during a pandemic.

To give audiences the thrill of regular global competition, the Overwatch League set up shop at the University of Hawai’i in Manoa and ferried North American teams to the island for each of its four tournament finals this year. The central location gave West Region teams decent ping to play their East Region counterparts located in South Korea or China, and created a fair battleground.

For some teams, however, the thrill of traveling to paradise quickly dulled. Both the Dallas Fuel and Atlanta Reign traveled to Hawaii three times during the 2021 season, nearly every five weeks. That’s a 10 to 12-hour travel day for Atlanta and only slightly less for Dallas; both trips bumped players up to six hours out of their usual time zones.

“We went three times and it was all back to back. There were no built-in breaks, really,” Atlanta Reign head coach Brad “Sephy” Rajani said. “For that entire, like, four-month period where we were attending all these events, the most time we had off as a team was maybe two, three days that entire time.”

By all accounts, travel took a heavy toll on teams. Dallas Fuel head coach Yun “RUSH” Hee-won called the long trips a “disadvantage” for Western teams and, before the fourth tournament cycle, stated he had reduced practice time for his players in an article published by The Dallas Morning News.

Sephy understands RUSH’s frustration. “We scrim, we practice six days a week, and even on that seventh day we’re still kind of playing Overwatch or thinking about Overwatch,” he said. “It’s just been a real grind this season overall with the lack of breaks. Basically, the only way that you got breaks is if you lost, but since we were consistently winning we never really got a break.”

When the Overwatch League announced that live playoff events in Dallas and Los Angeles were canceled due to the ongoing COVID-19 crisis, Sephy and his players were critical of the league’s decision to head back to Hawaii for a fifth time in 2021.

Thanks to a few weeks of rest, though, he’s come around to the idea.

“We’re not feeling that there’s really anything negative about going to Hawaii this time around,” Sephy said, noting his players were feeling refreshed. “There’s a lot more lead time heading into the playoffs here and it’s just making everything more comfortable.”

Heading into the playoffs, which begin Sept. 21, other coaches have decided to take a remarkably “zen” approach to impending travel.

David “Dpei” Pei, head coach of the Los Angeles Gladiators, simply said “it is what it is” regarding his team’s second trip to Hawaii after winning the Countdown Cup in August.

“I don’t want my team to be complaining. Like, it just puts us in a bad mindset,” Dpei said. “It’s something we have to do. [The league] is doing the best job it can as far as I’m concerned.”

Travel will also impact Eastern teams during the playoffs, as the Shanghai Dragons and Chengdu Hunters traveled to a Shanghai facility for the postseason. While the Philadelphia Fusion couldn’t join them due to visa issues, the league mandated certain days for content and other days for practice to give all teams equivalent prep time for the Sept. 21 games.

Though it’s been a point of contention in the past, coaches agreed that the impact of travel isn’t something they can allow to affect their players this time around.

Dpei agreed. “It’s something we’re aware of but not something that should impact our performance,” he said. “And if it does, it doesn’t matter. We can’t do anything about it, so that’s the mindset we’re in.”

The Overwatch League playoffs begin at 6pm CT on Sept. 21 when the Washington Justice take on the Dallas Fuel.