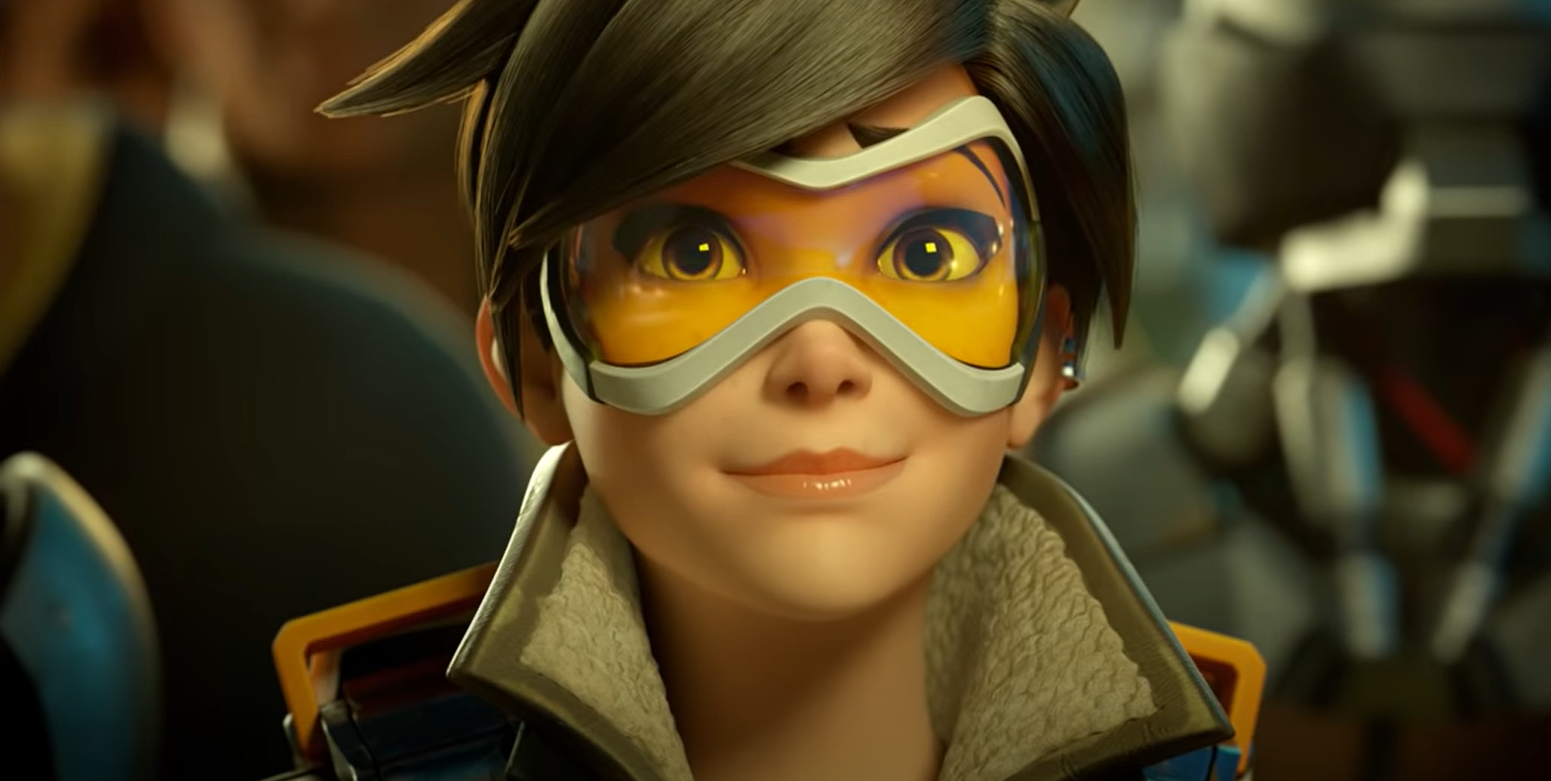 Set several years after Overwatch disbands, the “London Calling” series tackles the boredom and restlessness that Tracer feels not being able to make a difference. As she tries to live a normal life in her home of King’s Row, London, the need to be a hero calls to her. No good deed goes unpunished and Tracer finds herself dealing with omnics, both good and bad.

In the first issue, released today, Tracer quickly makes a friend with a supposed omnic thief after learning the robot was trying to support the omnic underworld. Omnics, or the robot population in the Overwatch world, aren’t welcome in King’s Row and have moved to their own space below the city’s streets.

Tracer’s omnic friend, Iggy, introduces the hero to the omnic underground. Iggy and Tracer bond over “vintage” records, featuring bands like The Beatles, The Ramones, and more. Unfortunately, a certain population of the underground doesn’t like a human being among their ranks and trouble finds Tracer eventually.

For Overwatch lore aficionados, there’s a lot to unpack in this comic. Tracer is shown coming home to her girlfriend, Emily, further solidifying the most iconic (and only LGBTQ) romantic relationship within the game’s canon. As Tracer explores King’s Row, eagle-eyed fans will notice areas from the game’s map within the comic.

Within the lore of the game, this series takes place before Winston activates the “Overwatch Recall” that implores former agents to resume their positions.

A preview for the next issue says that Tracer will “attract the attention” of two separate omnic icons. One is Mondatta, a monk that believes in omnic equality with humans. Unfortunately, fans of Overwatch lore know how that story ends. The other omnic is Kace, who “distrusts humans.” Could this be the identity of the unknown omnic from the Storm Rising campaign?

These questions will likely be answered in the next issues of the series, which don’t have a defined release date at time of writing.