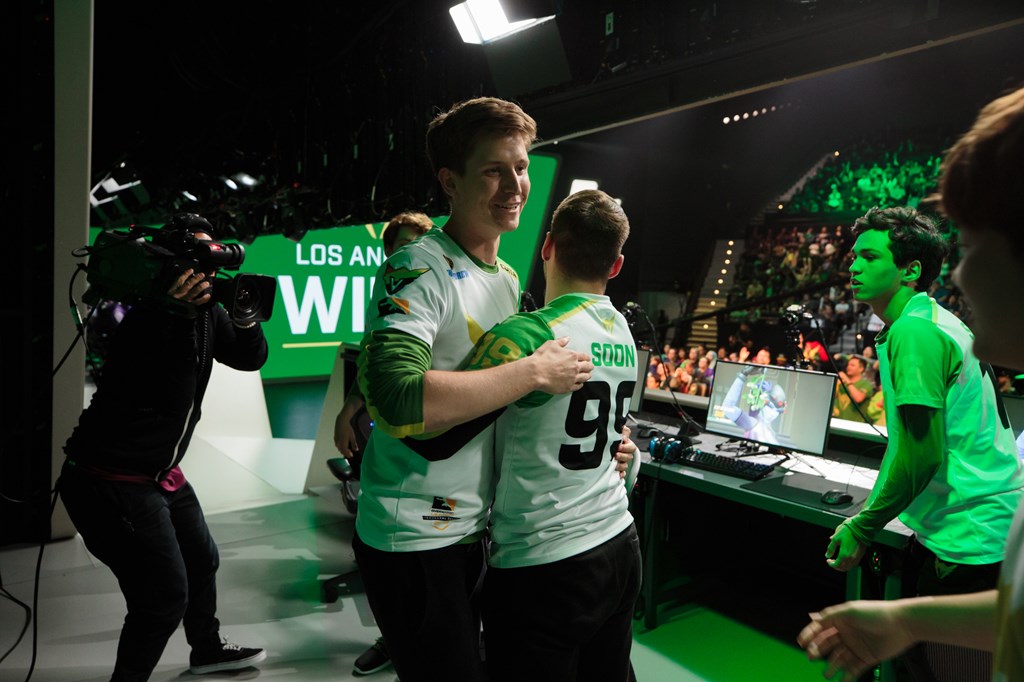 The regular season of the inaugural Overwatch League tilt is complete, but that doesn’t mean they’re done playing Overwatch. The season playoffs are set for July, but today, the stage four title matches gave us a taste of what those playoffs might be like as the four top teams from the last quarter of league play battled for a $125,000 bonus prize pot.

Three of the four competitors in today’s title matches will play in the season playoffs, including New York Excelsior and Los Angeles Valiant, the league’s two division winners. They were joined by Los Angeles Gladiators, the top seed in the title games after their 9-1 stage, and Dallas Fuel, who matched their win total from the first three stages of the league in stage four with six victories.

The title matches may not be the real playoffs, but we still saw some of the best Overwatch of the season today with three close series. While Gladiators and Fuel put up a fight, both taking their semifinal matches to five full maps, the two division winners and the two best teams in Overwatch right now made the finals.

That set Valiant up to answer a big question heading into the season playoffs: Can anyone challenge New York Excelsior when the stakes are high? New York coasted through stage four of the season with their No. 1 seed already locked up, losing as many matches as they had in the rest of the season combined. Their 33-6 record still towered over Valiant’s 27-13 second-place mark. Excelsior has played at such a dominant level that they’re capable of removing all drama from the playoffs as untouchable favorites.

But Los Angeles Valiant changed that story tonight. With $100,00 on the line, the Valiant beat Excelsior in a 3-1 series, proving that the invincible juggernaut can bleed even when the match really matters.

The battle for Los Angeles

Watching the two Los Angeles franchises duke it out in the title matches was not a given. Los Angeles Gladiators had the top seed in the stage, giving them the chance to pick their opening opponent—and the smart money was selecting Dallas Fuel. Although they were much improved this stage, Fuel’s 6-4 record was a far cry from Valiant’s 9-1. But Gladiators wanted to prove they were their city’s premiere team—and they paid for it.

The match was fittingly one of the closest of the season, but Valiant eventually ground out a 3-2 series win, making Gladiators regret their decision.

Valiant opened on fire, full holding Gladiators on Watchpoint: Gibraltar after completing the map with relative ease. Scott “Custa” Kennedy died only one time throughout the whole map while the Gladiators’ supports combined for 17, showing the kind of dominance Valiant had in the map.

Gladiators then took Lijiang Tower, but Valiant answered with a win on King’s Row, sending the match to a decider on Dorado. There, Valiant’s Widowmaker, Terence “SoOn” Tarlier, shut the door on Gladiators’ defense, landing key kills and winning the Widow matchup against Lane “Surefour” Roberts to give them the victory.

As shown by their playful introduction to the stage, Dallas Fuel were playing with house money at these stage four title games. They barely edged in thanks to London Spitfire pulling off a ridiculous overtime map win over Philadelphia Fusion yesterday, and simply playing in the title games at all was a perfect way to end Dallas Fuel’s disappointing season on a high note.

After all, there was little chance they’d beat a titan like New York Excelsior. But while Excelsior may boast a ridiculous 34-6 record on the season, they’ve been dropping games recently. And while that may be because they’ve long since clinched the top seed in the season’s playoffs, allowing them to rest and hide strategies ahead of the playoffs, it’s not always easy to dial effort back up to 100 percent for matches like these with a six-figure payday on the line.

While New York Excelsior took the series in the end, Fuel made it a close 3-2 bout. New York looked like champions on the first two maps, Watchpoint: Gibraltar and Horizon Lunar Colony, but Dallas Fuel took the next two to tie the series.

Once again, Dorado was the decider. Fuel opened on attack with a strong push through the first point, but they stalled in the courtyard on the second with Excelsior’s tank line of Kim “Mano” Dong-gyu and Kim “MekO” Tae-hong asserting their dominance. New York carried their momentum into their attack, rolling through the first point with a couple early picks before ending the match after a desperate Fuel defense.

That set up a fitting conclusion to the last quarter of the OWL season. The two best teams in the league and the winners of the Pacific and Atlantic divisions respectively, Los Angeles Valiant and New York Excelsior, battled for a $100,000 payday.

The Valiant jumped out to a quick lead in the series on Dorado after preventing New York Excelsior from even capping the first checkpoint. Valiant put together a strong defense on Hanamura, too, stopping New York from finishing the map, but Excelsior’s were even better as they returned the favor from Dorado and full held Valiant.

Oasis was next after halftime, and the Valiant looked superb. They took University in a close round thanks to some solid Pharah play by Brady “Agilities” Girardi, and then they got an even better performance from him on Genji for City Center—Valiant controlled the point early and used superior ultimate economy to keep Excelsior out.

New York needed a win on Blizzard World to keep their hopes alive, but Los Angeles Valiant were stalwart. They held the first point with a perfect defense—their team never surrendered even a moment where it looked like Excelsior had a chance. They finished the half with a single elimination after an absolutely dominant performance by Valiant. The second half wasn’t better. Valiant walked onto the point, landed a couple Roadhog hooks, and bullied Excelsior away in a short minute.

While Excelsior are famed for playing the most mistake-free Overwatch in the league, Valiant were the team that looked superb in that regard tonight. Los Angeles were perfect in their execution throughout the series, landing well-timed dives and great peels throughout the series. The tank duo of Koo “Fate” Pan-seung and Indy “SPACE” Halpern were stellar, creating the space needed for Agilities and SoOn to impact the game.

Los Angeles Valiant looked like the best Overwatch team in the world tonight. Whether they can maintain that level of play in July for the season playoffs is another question, but one thing is clear: New York Excelsior won’t walk away with the title as easily as it looked like they might midway through the season.