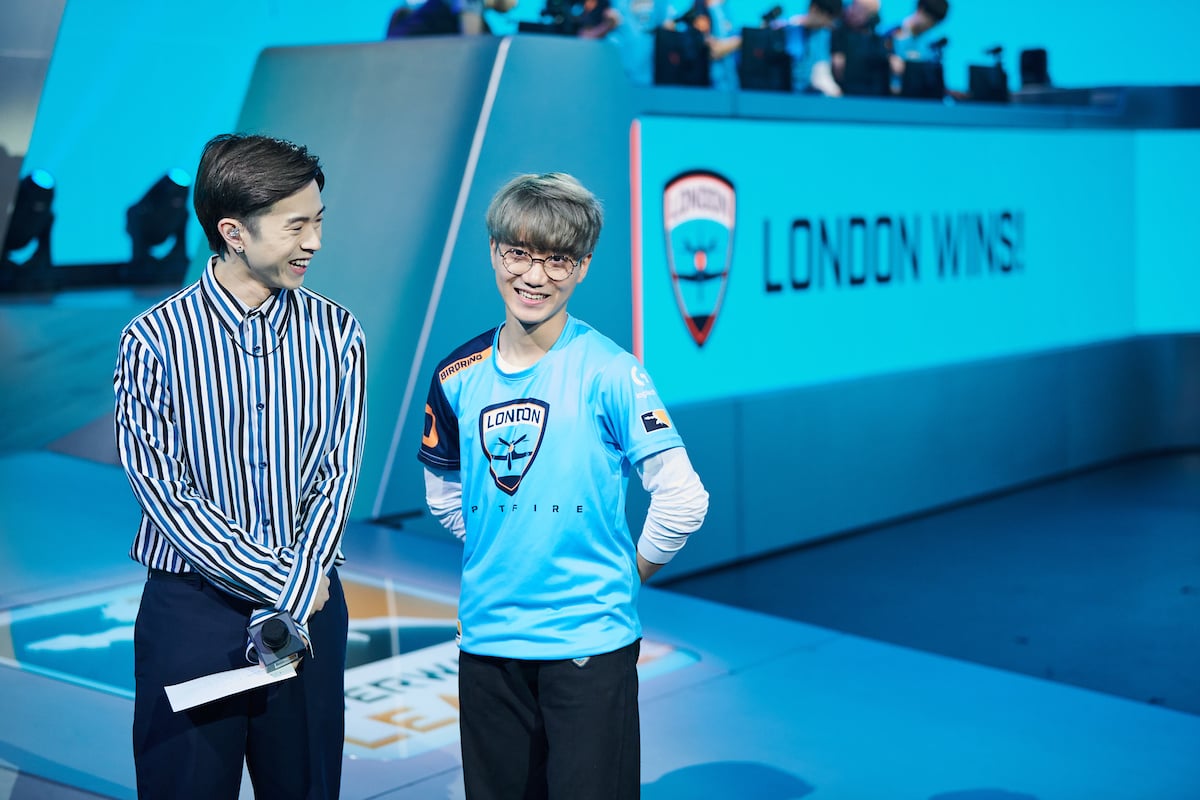 The Overwatch League offseason spares no one, even former championship teams.

Star DPS Kim “Birdring” Ji-hyuk, support Kim “NUS” Jong-seok, and alternate DPS Lee “Guard” Hee-dong are no longer a part of the Spitfire. Their coach, Kim “JFeel” Jeong-min, also parted ways with the team. JFeel announced yesterday that he was pursuing other opportunities.

The London Spitfire were the first team to win an Overwatch League season championship in 2018, defeating the Philadelphia Fusion at a sold-out grand finals game. During the second season of the league, they visibly struggled with the triple tank, triple support meta in the face of more coordinated teams. They ended this season with a seventh-place finish after being eliminated from postseason play by the San Francisco Shock.

Alternate DPS Guard was added to the Spitfire before the second season began. He was scouted for his Sombra skills, which greatly benefited the team during stages two and three. “I was so happy to work with the best team and coaches for a year,” he said on Twitter.

Main support NUS was a key part of the team’s championship run in 2018. He played many games in 2019 but shared stage time with newly-acquired support Song “Quatermain” Ji-hoon.

Birdring’s release is likely the most shocking for Spitfire fans. Long known as one of the most terrifying DPS in the league, the former KongDoo Panthera player specialized in hitscan heroes like Widowmaker. Birdring struggled during this season while triple-triple meta reigned and he was relegated to playing Brigitte for the team.

None of the players or coaches have announced any further plans, such as tryouts or trades to other teams.