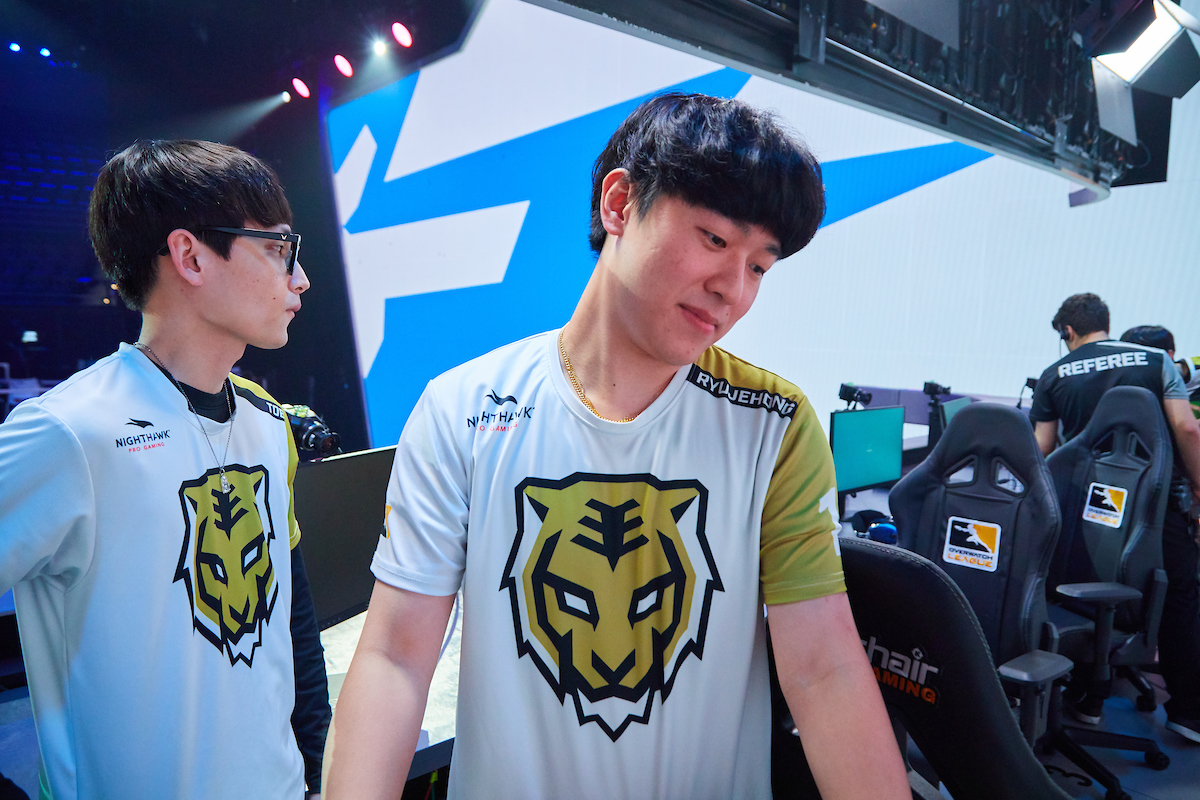 Not everyone can make it to the top. The losers bracket of the Overwatch League 2019 playoffs began on Sept. 7 and two teams failed to complete their redemption arc, including the league’s inaugural season champions.

In the first round of the loser’s bracket, the Seoul Dynasty faced the Hangzhou Spark. After the Spark suffered a loss against the Los Angeles Gladiators in the quarterfinals, some questioned the team’s ability to adjust to a brand new meta.

Unfortunately for Seoul Dynasty fans, Hangzhou was able to get a grasp of the meta just in time. Even after hero plays from Seoul’s main tank Hwang “Marve1” Min-seo as Sigma, the Spark simply had the upper hand. Spark’s Park “Bazzi” Jun-ki on Doomfist was a huge part of the team’s eventual 4-1 win over the Dynasty.

In an emotional post-match interview, Seoul Dynasty support duo Ryu “Ryujehong” Je-hong and Yang “Tobi” Jin-mo apologized to fans for the team’s failings while shedding tears. “Throughout the whole season we really tried to improve ourselves and our gameplay…but we unfortunately fell short,” said Ryujehong through interviewer Danny Lim. “We will try even harder next season to bring you more wins.”

The London Spitfire, who won the first Overwatch League season championship in 2018, had a rough season. Though they fought their way into the playoffs through the play-in tournament, the Spitfire’s elimination by the Shock ruins their chances for a two-year win streak.

On Sept. 8, the winner’s semifinal bracket begins. The Los Angeles Gladiators will face the Vancouver Titans at 2pm CT and the Atlanta Reign will take on the New York Excelsior at 5pm CT. The Hangzhou Spark and San Francisco Shock will move on to face the losers of the semifinal matches.