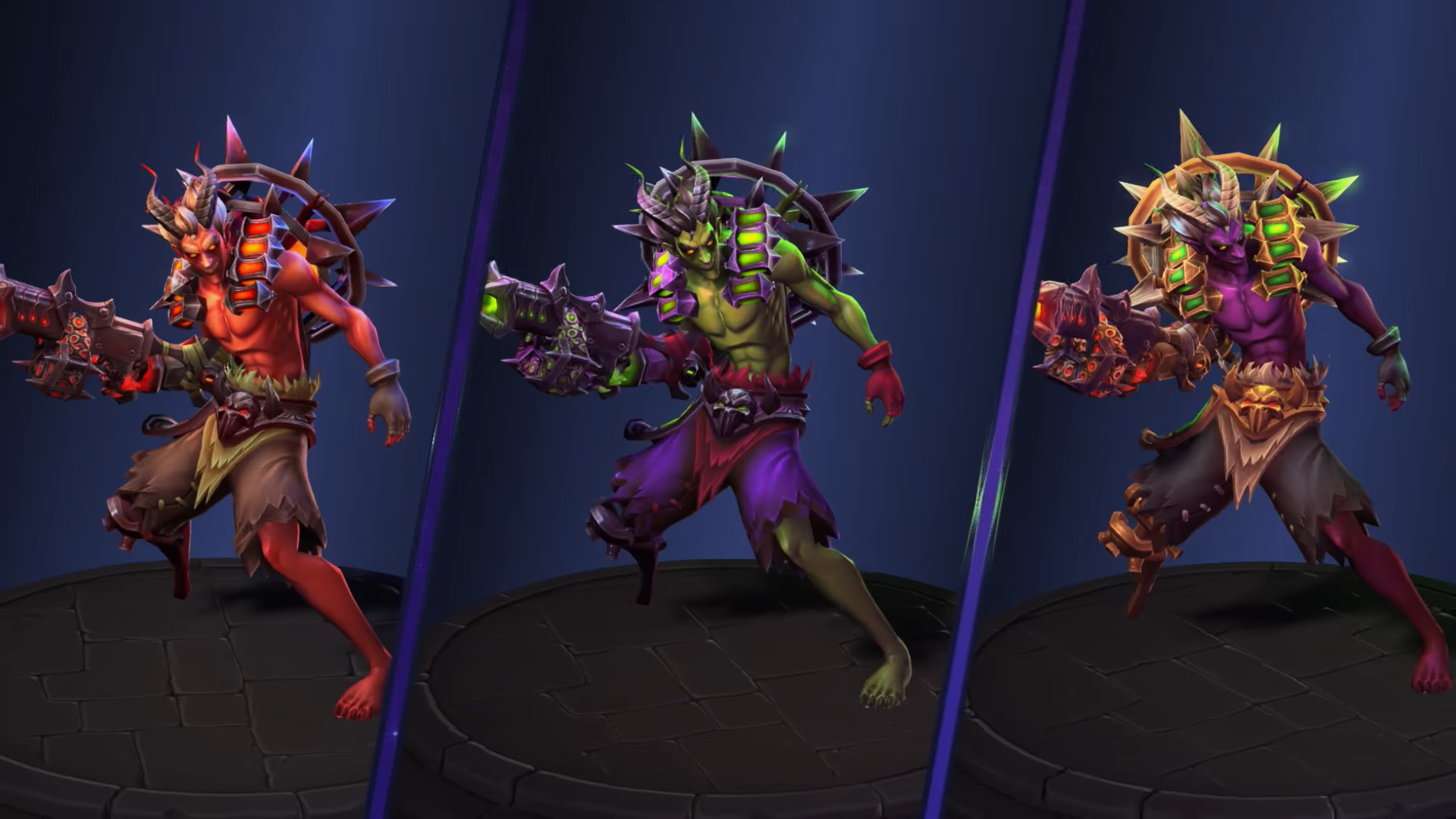 Overwatch hero Junkrat will enter Heroes of the Storm soon, according to Blizzard’s latest In Development video.

The explosions enthusiast will “soon” join Overwatch healer Ana in the Nexus, but Blizzard hasn’t given us a confirmed date. He’ll also receive plenty of new skins in Heroes, including some demon-themed skins perfect for Halloween. And it’s not only Junkrat: Other Heroes characters are getting Halloween looks, too, including Zarya and Genji.

Related: Heroes of the Storm’s D.Va the Destroyer skin is now live

Junkrat and Ana were announced as the next Overwatch heroes joining Heroes in September. Ana went live soon after the announcement, but we’ve had to wait for the mischievous Australian. Blizzard has not yet provided details on Junkrat’s Heroes kit.

If Junkrat’s Heroes skins aren’t enough for you, there’s hope for Halloween skins in Overwatch come Oct. 10. That’s when Overwatch’s Halloween Terror event goes live. You’ll likely be able to snag Junkrat’s Junkenstein skin when the event returns, but fans are hoping for more for the wacky guy.