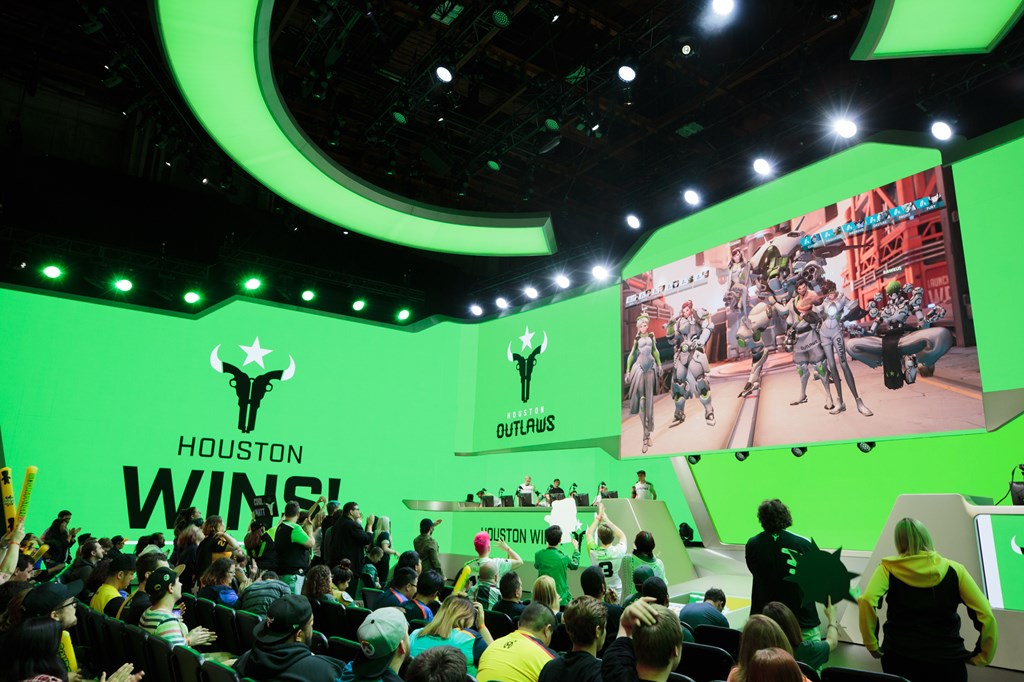 Yesterday’s Overwatch League battle between the Houston Outlaws and Boston Uprising served as a perfect case study on the impact of the new Brigitte meta.

Houston Outlaws dominated the series with a 3-1 victory, similar to how they crushed London Spitfire on Friday—using well-planned hero compositions and hero swaps to show a mastery of the new metagame. Boston Uprising, on the other hand, replaced their 14-game regular season win streak with a two-game losing streak thanks to a lack of understanding of this brave new world.

Boston Uprising clearly want to play the dive that they perfected to earn their undefeated stage three, but whenever Uprising put Tracer and Winston in their lineup, Outlaws answered with Jake Lyon swapping to Brigitte. The final map, Gibraltar, highlighted the mismatch when Jake stalled out two pushes in a row by picking off Kwon “Striker” Nam-joo’s Tracer solo with his Brigitte.

The match opened on King’s Row, and while we didn’t see any Tracer or Brigitte, Outlaws again showed their mastery of the meta. They also got one of the most dominant single-round performances in OWL history from Jiri “LiNkzr” Masalin’s Widowmaker, leading to a full hold and an easy victory.

Outlaws showed another trick to surviving the new meta on King’s Row: Don’t play Junkrat into Zarya. Many expected Outlaws to thrive in this meta with Junkrat as a popular counter-pick to Brigitte and Jake featuring perhaps the game’s best Junkrat, but Outlaws have actually ignored the pick in favor of Hanzo for Jake in many situations. That’s allowed their Zarya specialist Alexandre “SPREE” Vanhomwegan to maintain a major energy advantage over the opposing Zarya player thanks to enemy Junkrat’s feeding into SPREE’s shield.

On King’s Row, Uprising eventually switched to Junkrat to combat Houston’s tank composition. SPREE maintained an average energy of 67.8 percent over 32.9 percent for Uprising’s Zarya player Shin “Kalios” Woo-yeol. That difference allowed SPREE to deal over 30 percent more damage and to build his Graviton Surges about 30 seconds faster than his counterpart.

The other maps didn’t go much better for Uprising. On Hanamura, Boston stubbornly stuck with their Tracer and D.Va composition and ran afoul of Houston’s Brigitte and Zarya. Boston scored a hard-fought win on Oasis, but none of the other three maps were even close.

After such a dominant stage three, Boston Uprising need to go back to the drawing board. Based off their weak stage two performance after the Mercy nerfs, Uprising were always a team that struggled to adapt to meta changes—and heading into stage four, they also lost their coach, Park “Crusty” Da-hee.

Houston Outlaws, on the other hand, look supremely comfortable, and that might lead to them earning a playoff spot. The win pushes Outlaws to 18-14 with a positive 19 map differential. They’re behind the Los Angeles Valiant, Seoul Dynasty, and Philadelphia Fusion, all at 19-12, but Outlaws actually have a better map differential than two of them. They need to pass just one of those teams to reach a top six spot and a league playoff berth, and if they keep playing like this in the new meta, they’re going to do it.