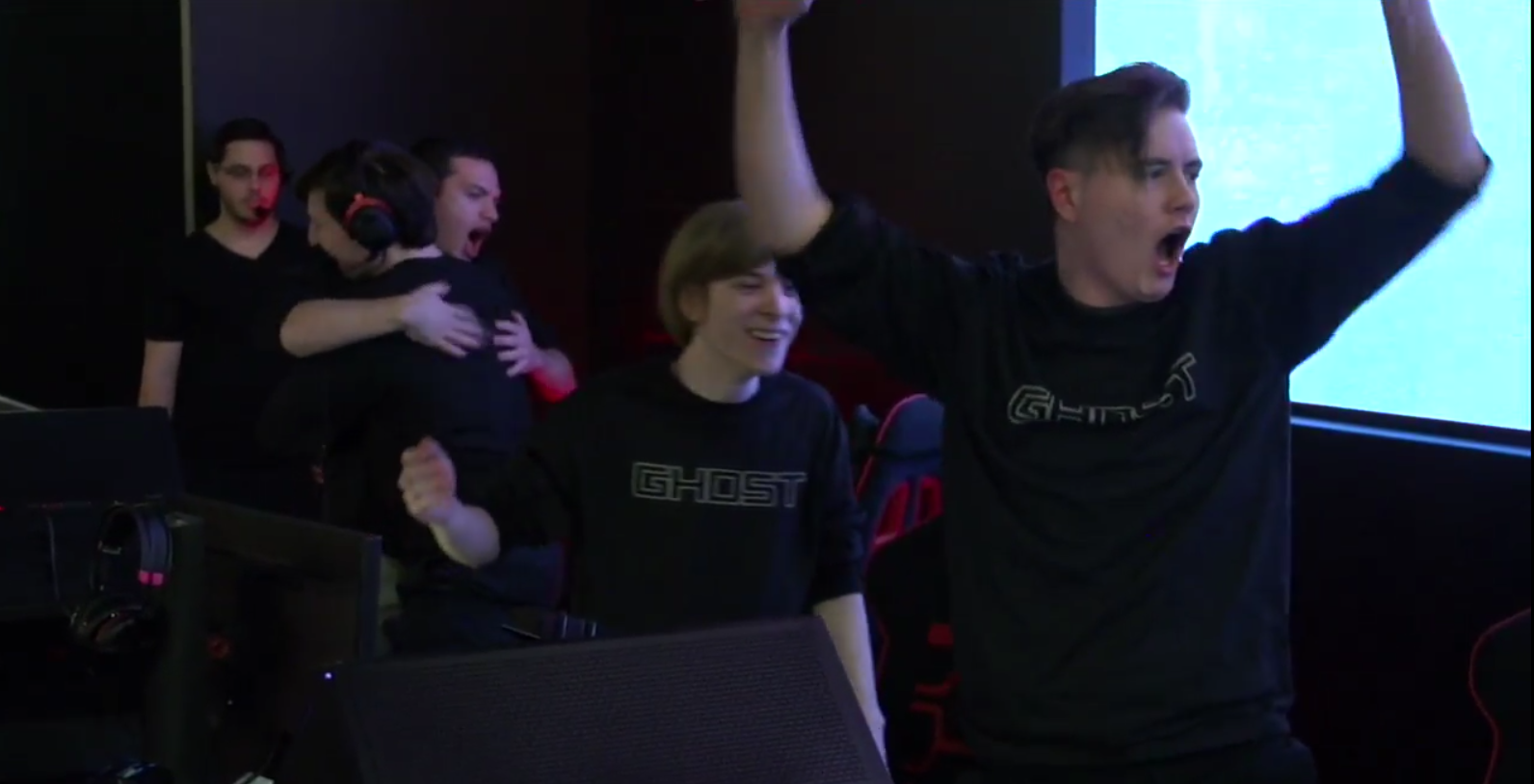 Not many predicted we’d see Ghost taking on Immortals in the grand final of the $100,000 Overwatch Winter Premiere. And that’s because at the beginning of the tournament, there was no Ghost.

Ghost entered the competition as the only unsigned team to qualify for the Overwatch Winter Premiere group stages, under the name Kungarna. Their performance throughout the two phases of group play astounded audiences, racking up fans left and right. But they were missing just one thing—a sponsor. That’s not a problem anymore: Just one day before the grand finals were set to begin, Kungarna was signed by relatively new North American esports organization Ghost Gaming.

Heading into the tournament with a new name, Ghost did not disappoint in their match against compLexity Gaming yesterday. Though the matchup was plagued by one server crash, Ghost took the series 3-0.

With Michael “mykL” Padilla shotcalling for Ghost, Connor “ConnorJ” Johnson shined as he used Roadhog’s hook 2.0 to his advantage, snatching enemies across the board and creating space for his team to win important team fights. Today, we’ll know how ConnorJ, mykL, and the rest of the Ghost team will fare against Immortals on LAN. Their track record during the round robin phases is pretty even, both winning one match against the other.

But Immortals has to overcome one little blip to earn the grand prize: Immortals Reinhardt player David “nomy” Ramirez isn’t at LAN. Visa issues kept the Mexican player from the United States–based tournament, forcing coach Zac “Chance” Palmer to step in. It hasn’t been a hindrance yet, however. Immortals was able to knock out Luminosity Gaming in a 3-0 fashion.

Tournament play begins again in San Antonio, Texas on Jan. 28 at 1pm ET when compLexity will face Luminosity to determine who takes third and forth. The main event—Immortals versus Ghost—will follow. If you’re not at PAX South this weekend in San Antonio, you’ll want to catch the games on the Overwatch Winter Premiere Twitch channel.