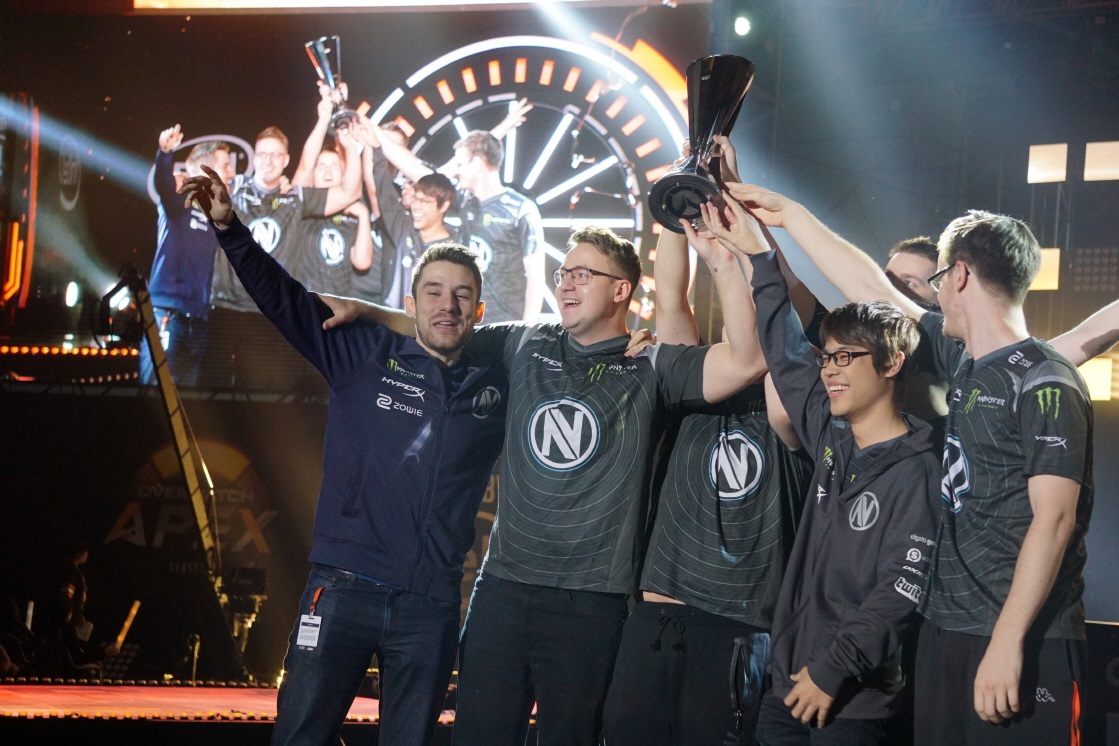 After initially declining the invitation to compete in Korea for the third season of OGN Overwatch APEX, EnVyUs announced on Twitter that they will, in fact, travel overseas for the tournament.

“We’re pleased to announce that our Overwatch team will attempt to regain the APEX championship title at OGN APEX season three,” the post reads.

EnVyUs competed alongside Rogue in the first season of the Overwatch APEX, though they fared much better: EnVyUs blasted through the playoffs to earn the grand championship title. Returning to season two to defend their crown, EnVyUs failed to break out of the second group stage.

Groups for the Overwatch APEX have been announced, though it’s still unclear where the two invited international teams will sit. There’s one slot open in group A, which consists of Lunatic-Hai, Team KongDoo Panthera, and Mighty AOD, while the other is in group D, which includes Meta Athena, BK Stars, and Rhinos Gaming Wings.

Group A is, by far, the hardest group, pitting one international team against season two winners Lunatic-Hai, as well as top-tier team KongDoo Panthera. Group D, while still formidable, will likely prove less of a challenge.