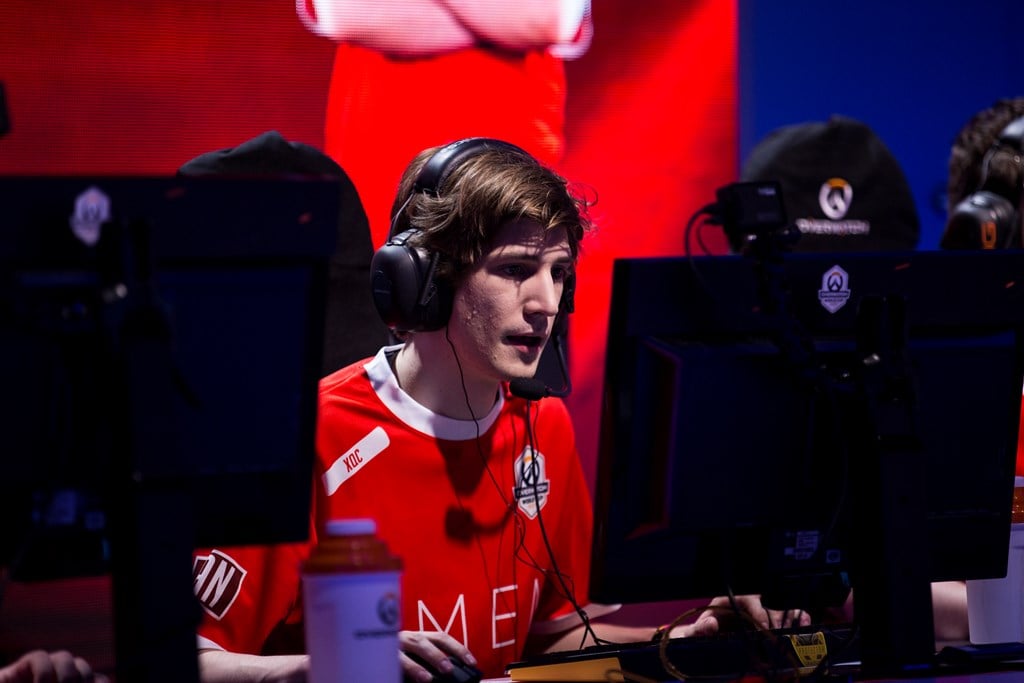 This move comes one day after the team confirmed the signing of support player Scott “Custa” Kennedy, who was a former teammate of xQc’s with the team known as Yikes! and Arc6. That team failed to qualify for Overwatch Contenders in season zero, however.

XQc will play for Team Canada next week at the Overwatch World Cup. He is equally known for his top tier tank skills as he is for his high energy, comedic streams where he grinds the competitive ladder for 10 to 12 hours a day.

His role with Dallas will likely be as a tank, as the team’s only other true tank player is Christian “Cocco” Jonsson. XQc has reached as high as the No. 1 ranked Winston player in past competitive seasons. He also has a lot of experience with tanks like Reinhardt, Orisa, Zarya, and Roadhog.

The recent success of xQc’s livestream and loud voice within the competitive community will only further grow Dallas’ popularity among Overwatch fans. The team formerly known as Team Envy also features streaming superstar Brandon “Seagull” Larned, who joined one of the most successful Overwatch rosters of all time.