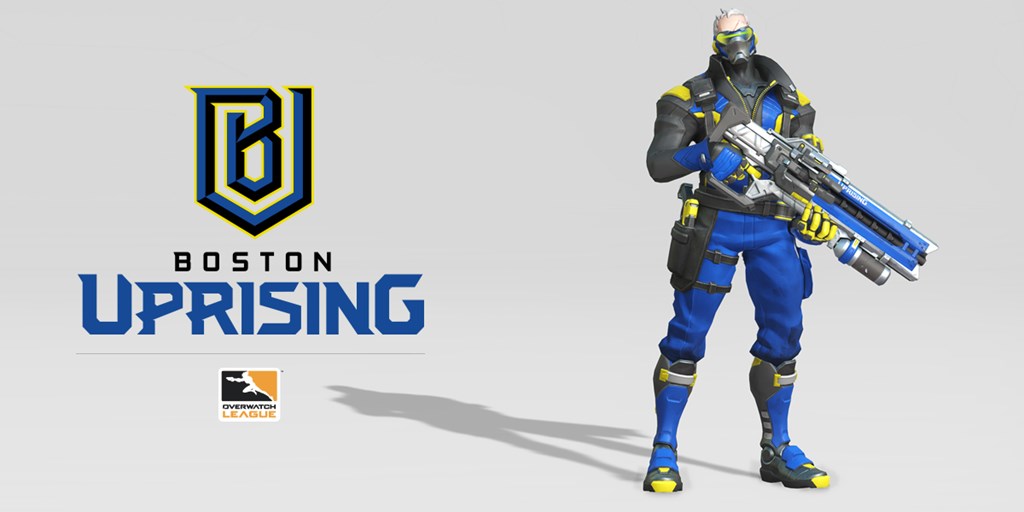 A tradition-rich sports town has another team to root for, as Boston’s Overwatch League team name and branding has been revealed as Boston Uprising.

The franchise, owned by New England Patriots ownership group The Kraft Group, takes on a color scheme of blue and yellow to reference the Boston flag. The name itself is inspired by the city of Boston’s role in the American Revolution during the 18th century.

“We are excited to unveil our team name, logo and colors for our newest sports property,” said Robert Kraft, chairman and CEO of the Kraft Group. “Esports already has a large global audience, with Overwatch being among the most popular games with more than 35 million players worldwide.

“We look forward to introducing sports fans in Boston to the new Overwatch League with a local team they can support. We are also eager to use the Boston Uprising to introduce Boston and our franchise to the global community of esports. We are currently assembling a team that we anticipate will compete for championships, as Boston sports fans have come to expect from all of their professional teams.”

Former professional StarCraft player Chris “Huk” Loranger joined The Kraft Group as its president of gaming a few months ago. The press release states that the team’s roster will be revealed in the coming week.

“The ability to represent the city of Boston is extremely exciting,” said Loranger. “We are also eager for the opportunity to show current and future Overwatch fans how skilled our players are and the importance of deploying a team-centric strategy to be successful. We are excited to start the season.”

Boston joins the Shanghai Dragons, San Francisco Shock, Dallas Fuel, and Los Angeles Valiant as the teams that have been revealed thus far.

The Overwatch League’s inaugural preseason will begin on Dec. 6 with a series of exhibition matches featuring all 12 starting teams. The regular season kicks off on Jan. 10.