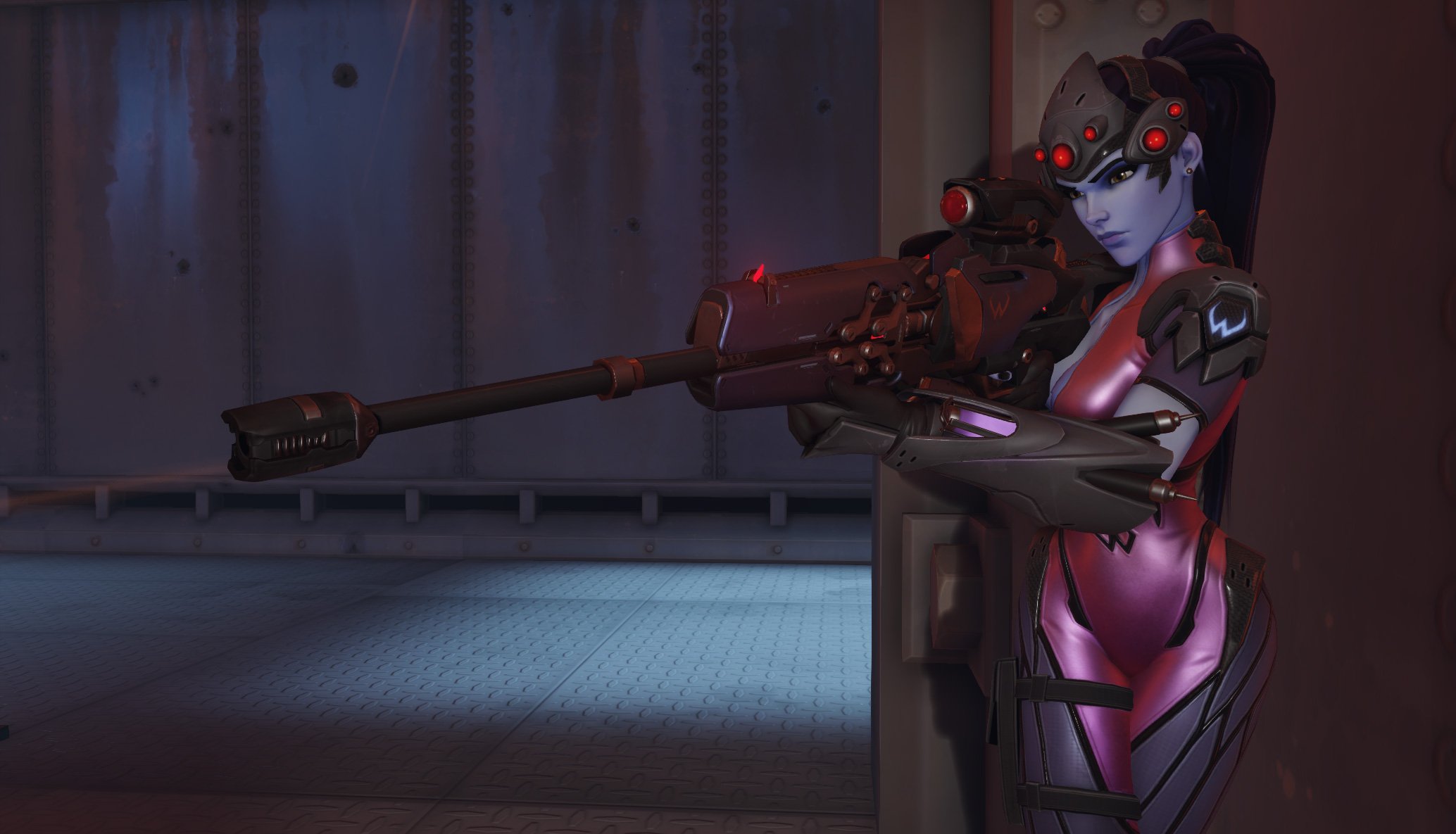 As one of Overwatch‘s most popular heroes, Widowmaker excels at destroying the opposition from afar.

To compliment her long-ranged abilities, the sniper is also equipped with Venom Mine to block key positions and protect herself from being ambushed. Mobility is no issue for Widowmaker either since she can get to hard-to-reach places with the use of her Grappling Hook.

The hero’s variety isn’t exclusive to her kit, though. She also has a slew of different cosmetics that change her appearance, ranging from a ballerina to professional sports athlete.

Here are some of Widowmaker’s best skins.

Released in 2018 as part of Overwatch’s Lunar New Year Festival, Black Lily Widowmaker boasts a dark black and purple color scheme. The skin takes many of Widowmaker’s familiar aesthetic choices and gives them a new high-end pattern. This is especially noticeable on both Widowmaker’s clothing and her weapon, which gain the addition of an imperial pattern. The hero’s armor has also changed. In this skin she loses the plated legs for some heels and some minimal plating. If you’re after a darker vibe for the hero, Black Lily is one of the best options to choose from. 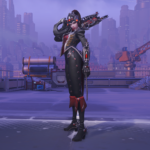 One of Widowmaker’s legendary skins Huntress sees the hero don debonair clothing. This look is complete with a black and red color scheme with gold accents on the coat. This is one of the hero’s most complete aesthetic changes and the skin includes notable features such as the large blade protruding from her hand. If you’re after a classy and clean look for the hero, Huntress Widowmaker is one of the best choices currently available in the game. 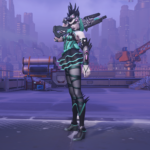 One of the hero’s more unique looks, Odile Widowmaker, brings a gothic attire to the assassin. This skin has a bright turquoise and black color scheme, complementing the sniper’s dark and dangerous persona. The outfit for this skin features a corset with a skirt reminiscent of the pastel goth aesthetic. Another notable addition to this skin is the crow’s head on Widowmaker’s headpiece that is unlike most of her other available skins. For its colors, unique clothing, and overall quality, this is one of the more impressive skins for Widowmaker.

Odette is the alternative color choice for Odile, offering a completely white aesthetic with orange highlights to suit.

Awarded to players as a pre-order bonus, Noire is one of the rarest skins in the game. This skin showcases a completely mechanical appearance for the hero, boasting cybernetic enhancements including the headpiece housing the cables that make up her hair. Additionally, the skin has a distinct mechanical look with plated armor and canisters on Widowmaker’s belt. The skin has a familiar red and black coloration. But where the skin shines the most is through its lack of availability and amount of aesthetic changes to the character.

Overwatch boasts a variety of event-themed skins for its heroes that dress them to suit different occasions. In the Biathlon skin, Widowmaker dons cold-weather gear to prepare for the Winter Wonderland event. With ski boots, goggles, and a vibrant pink and black color scheme, this skin is perfect to stand out against other players. Due to its limited availability, this skin has to have a place on the list of best skins for Widowmaker.

On the opposite side of themes comes Widowmaker’s Summer Games look Cote D’Azur. This skin perfectly encapsulates the beach with the hero donning summer clothing including a bikini top and beach skirt. The skin has a simplistic look to it with Widowmaker’s headpiece replaced by a set of sunglasses and a set of sandals. The limited release skin has an iconic summer look for the Widowmaker and is a must-have addition to the list of her best skins.

Blizzard is notorious for finding opportunities to collaborate between their different games. In this skin for Widowmaker the developer has pulled off one of the most simple but impressive collaborations yet.

Much like Widowmaker, Kerrigan began in the StarCraft franchise as a soldier with impressive shooting abilities. While she may not look anything like this in the current StarCraft law, released to celebrate the game’ 20th anniversary, this skin is an excellent throwback to the character Sarah Kerrigan from the original title.

Another StarCraft-inspired skin for Widowmaker, Nova sees the sniper assume the appearance of Nova Terra from the original game. While this skin may look similar to the Kerrigan skin this is just due to the armor’s source material and choice of weaponry. The distinct differences are in the hair, color scheme, and facial features of either skin. Both represent their source material exceptionally well and provide fans of StarCraft a way to utilize their favorite characters in Overwatch.

Titled after the organization in which the hero got her name, Talon Widowmaker is one of the hero’s simpler skins, but it is visually impressive despite the simplicity. Boasting a khaki color scheme and streamlined soldier attire, Talon Widowmaker is one of the most unique skins for the hero and could not be left out of our list of her best cosmetics.