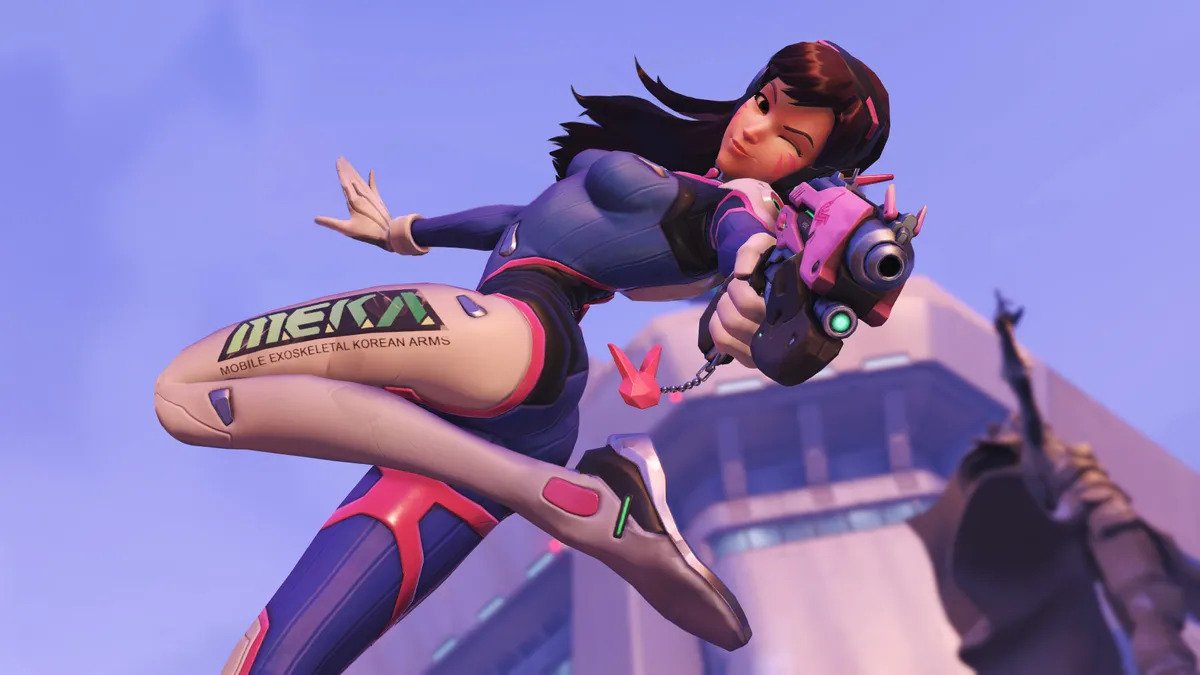 Overwatch 2 has recently been making the rounds in the news for a variety of reasons. It’s a first-person shooter game developed and published by Blizzard Entertainment and is the sequel to the hit 2016 release, Overwatch.

From all that we know so far, the game is designed to have a similar environment for its PvP modes with regard to the first game while introducing a few new changes. One of them was to reduce the team size in PvP from six players per team to five. This led to a lot of playable characters being tweaked or straight-up reworked.

These tweaks and reworks have ended up completely changing the roles of some of the characters, with a lot of them switching roles from tank to DPS and vice-versa. The support role has essentially been negated, but maybe that will change when the game finally launches.

Of the remaining roles, the tank role has been drawing a lot of attention lately, especially since the team size has been reduced to five. This had led to players reducing the number of tanks in a team from two to one and the role has become more important than ever. Due to this, we have curated a list of the best tank heroes to play in Overwatch 2. While none of the tank heroes are objectively bad, some of them have performed better than the rest during the beta phase and may surprise you.

Orisa brings up the rear in this list by being a solid solo tank that teams can rely on. This is especially useful since the solo tank format that most players are following has become popular. Orisa holds her own especially well with abilities like Fortify, which completely reduces all incoming damage by a flat amount. This allows her to effectively negate most of the damage that would be otherwise diverted to her team.

Orisa also has a nifty ability in Javelin Spin, which takes care of projectile attacks if players are fighting against a ranged-heavy lineup while pushing dangerous enemies away from her team. She has a fair bit of control as well, using her Energy Javelin ability to launch a projectile that stuns the opponents it hits.

Orisa’s reworks have also given her additional damage capabilities along with being a tank. While her old role was to purely tank for her team by deploying shields, she can now also inflict a lot of damage while being able to hold her own in battle. Her Augmented Fusion Driver deals more damage the closer she is to her opponents, making her a menace to fight against. Combine this with her increased health and armor and you have a powerful tank hero that does her job very well, losing only to the later heroes on this list.

Sigma is a unique tank hero when compared to the others on this list. For one, he is the only floating tank hero and his choice of weapons makes for interesting interactions in battle. His Experimental Barrier makes him an ideal tank, allowing him to create barriers to protect himself and his allies from incoming damage. These shields can be recast after five seconds.

This combined with the buffs to his shields makes him an effective choice for a damage-negating tank, despite the slight nerf to his shield regeneration. He is also able to convert incoming projectiles into shields using his Kinetic Grasp. His hero design makes him one of the two only barrier-oriented tank heroes in the game right now, making him a highly coveted tank pick. His ability to reposition allies and enemies (while also damaging only enemies) using his ultimate also adds more value to his skillset and utility in battle.

From a damage perspective, Sigma’s choice of weapon makes him a menace in smaller maps which have a lot of corridors for him to ricochet the Hyperspheres around, forcing his enemies to feel the full potential of his attacks. The buff to his Accretion’s damage by 30 percent further amplifies his damage-dealing capabilities. All of these changes and a buff to his overall health pool make Sigma a dangerous pick in the right hands.

Zarya was always a popular pick in the original Overwatch and now, she has been reworked with slight alterations to make her even better than before. The biggest change she has received is the buffs to her barrier abilities where the cooldown of her shields start immediately after she uses them.

This is in stark contrast to when the barriers would start their cooldown only after they break. This change allows Zarya to have a great uptime on her barriers with minimal downtime between cooldowns if timed right. It effectively allows Zarya to provide clutch saves at moments where she or her teammates would have otherwise perished. Her increased health as well as the increased health on her shields further increases this effectiveness.

Zarya is the perfect example of the best offense being a good defense because her offensive capabilities depend on how much damage she can block. Thanks to her passive Energy, every point of damage blocked only increases the amount of damage her Particle Cannon can do. This weapon can either launch a beam of destructive energy at a short range or lob an explosive charge of energy to devastate multiple opponents.

While Doomfist used to be a strict DPS hero in the previous iteration of Overwatch, with his recent changes in Overwatch 2, he is now a powerful tank in his own right. So powerful that he takes up the No. 2 spot on this list. His playstyle changed drastically partly due to the change in stats and mostly due to the tweaks to his basic abilities and kit.

Firstly, his health pool was almost doubled, going from a base of 250 to 450. This allows him to stay on the front line longer and soak up more damage while maintaining his previous offensive output as well. His defensive capabilities have only further increased with his new Power Block ability that allows him to block up to a whopping 80 percent of incoming damage that hits him from the front. With this combination of offense and defense, Doomfist has the most flexibility of any of the tank heroes on this list.

Even though the damage of his Rocket Punch has been decreased, it now has a control aspect to it, allowing Doomfist to knock back multiple targets potentially if timed right. This pairs well with his Seismic Slam, which allows him to dive head first into the action and knock back potential threats to his teammates.

Rounding off his kit, the Meteor Strike ultimate ability affects all targets caught in its area of effect to be slowed by 50 percent, further emphasizing his new utility and control playstyle, making sure his enemies have a hard time counterattacking his team. This makes Doomfist a must-have hero for any offensive lineup looking to pressure the enemy into submission.

Our pick for the most powerful tank hero in Overwatch 2 goes to the iconic D.Va who made quite a name for herself in the first game. While she maintains her highly satisfying and rewarding playstyle, she is also notorious for having one of the highest skill ceilings in the game, making mastering her quite a difficult task for newer players. But once players do reach that point, she pays off all of that time spent practicing in dividends.

D.Va has always been known as that annoying dive hero that can charge into a mass of enemies, causing chaos and disrupting fights while maintaining a highly potent front-line defense for her team. Her Mech was crucial to this playstyle and thankfully for her, it has been buffed with a health increase, making it harder for foes to force an Eject! from her.

This buff combined with an increase in movement speed during her primary fire while reducing the overall damage makes D.Va more mobile than before. It also allows her to land critical hits easier, which encourages her to keep up her more aggressive playstyle. The buff to Defense Matrix also lets her block more damage than before while nullifying the opponents’ initial attempts to burst her down.

When she has all the enemies where she wants them, D.Va can trigger her ultimate ability, Self-Destruct. If timed perfectly, this ultimate has the potential to wipe out the enemy team in an instant while allowing her to zoom around using her Boosters to knock back and clean up stragglers (and those pesky ranged heroes) who might have been unfortunate enough to survive the explosion.

Having all of these abilities at her fingertips makes D.Va the most versatile tank hero out there, capable of handling an inexperienced team by herself given the player’s skill is high enough to pull it off.

If this has left you itching to play the game, Overwatch 2 is set to launch as a free-to-play title on multiple platforms including Nintendo Switch, PlayStation 4, PlayStation 5, Xbox One, Xbox Series X/S, and PC on October 4, with full cross-platform play.