Baptiste to be released within a “couple weeks” on Overwatch live servers, Blizzard says

He should be available in competitive matches a week after release. 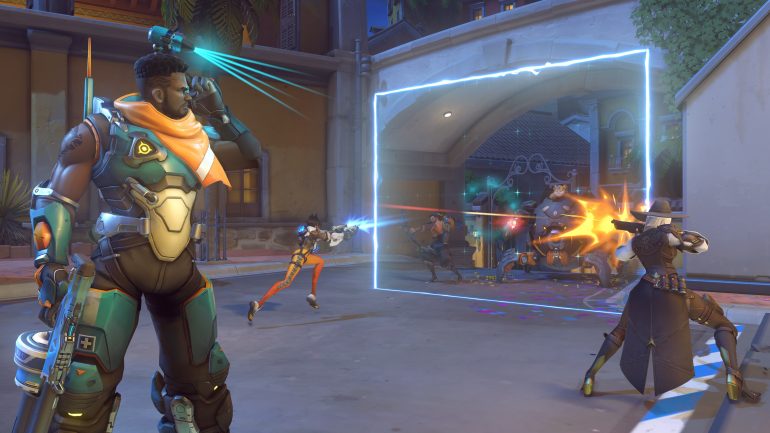 Overwatch’s latest hero, the support character Baptiste, will be released “within the next couple weeks” in the live servers, developer Geoff Goodman said in a Q&A in the forums.

Developers also expect to enable Baptiste in competitive matches a week after his release on live servers. No exact dates were given to Baptiste’s release date yet, but he’s been available in the Overwatch test servers since Feb. 26. If Blizzard releases Baptiste two weeks from now, he’ll have completed a whole month of tests instead of the usual three weeks for new characters.

Goodman and the development team have yet to detail if they intend to make any changes to how Baptiste’s gameplay works right now. In a reply to a question a player made about how “strong and helpful” his Immortality Field ability feels, developer Josh Noh said the team feels like the ability is balanced, but they can always “lower the health or increase the cooldown to a more reasonable amount.”

Baptiste introduced new mechanics to Overwatch with his skills. The Immortality Field that Noh agreed can be tweaked if needed deploys a drone that creates an area on the ground where none of Baptiste’s allies can die. The drone can be destroyed by opponents to shorten the ability duration.

His ultimate, Amplification Matrix, doubles the damage of allies’ projectiles and doubles the heal if they’re also healing projectiles, like Ana’s standard shot, her Biotic Grenade, and Baptiste’s Biotic Launcher.

Baptiste can still be tested on the PTR by any player who downloads this Overwatch test server before he’s released in live.