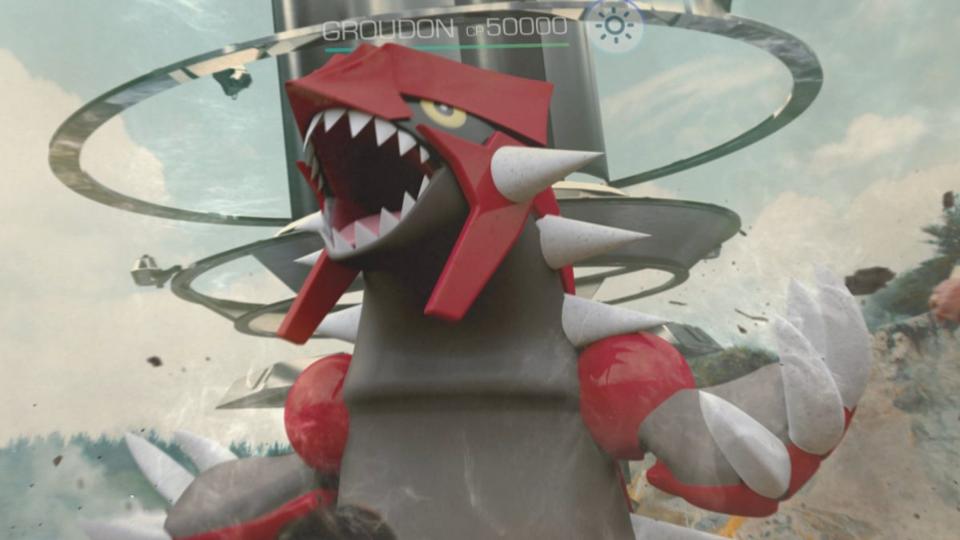 In Pokémon Go, types can heavily dictate the outcome of battles. There are 18 different types in the game, and each varies in effectiveness against the others.

Ground-type Pokémon are traditionally known as durable defenders. But with a range of options to choose from, there’s a Pokémon for every use within the type.

Ground-type moves are effective against Fire, Electric, Poison, and Rock-type Pokémon. Ground Pokémon are vulnerable to Water, Grass, and Ice-type moves, however. Some Pokémon also boasts multiple types, providing them with resistances to specific moves that Ground Pokémon don’t traditionally have.

Including those with dual types, there are plenty of Ground-type options to choose from in the game.

Here are the five best Ground-type Pokémon in Pokémon Go.

The third-generation Legendary Pokémon Groudon boasts impressive attack stats while maintaining durability to match. Groudon does not have any critical weaknesses, but it does have extra resistance against Electric-type attacks.

When it comes to offense, Groudon has access to a range of moves of different types including Dragon, Grass, and Fire. The perfect Ground-type moveset is to take the fast move Mud Shot along with the charge move Earthquake. This pairing has great damage output that’s only slightly less than the most powerful pairing of Dragon Tail and Solar Beam.

Given the variety of moves at its disposal, the choice relies on what each player needs in their specific battle situation and whether they have access to TMs to alter Groudon’s moves.

One of the best attackers in the game, Mamoswine boasts a uniquely high damage output and HP that allow it to excel in neutral and favorable matchups.

This dual-type Ice and Ground-type Pokémon boasts a key resistance to Electric-type moves, however, being an Ice-type Mamoswine is vulnerable to Fire-type moves.

As far as offense goes, Mamoswine does its best work when using a combination of both Ground and Ice-type moves. The best of these pairings is Mud-Slap with Avalanche. You can get similar damage output with Powder Snow and Avalanche, but having Ground-type offense will likely benefit your needs if you’re using Mamoswine for its Ground typing.

Mamoswine is also a great Pokémon overall and can easily fill your needs as both a Ground and Ice type.

One of the best Ground-type options for both offense and defense, Rhyperior boasts well-balanced stats and a type pairing of Ground and Rock.

This species boasts critical resistance to Poison moves, but the trade-off is that Rhyperior has critical weaknesses to both Grass and Water-type Pokémon. You’re going to want to steer clear of these matchups when deciding if you should use Rhyperior.

Rhyperior can learn the legacy charge move Rock Wrecker, and this is by far its most powerful attack. Pairing this with Mud-Slap will allow Rhyperior to deal Ground-type offense without taking a hit in overall damage. But it can also be paired with Smack Down for similar results. There isn’t a huge difference in damage output between Rhyperior’s moves, so it will likely be equipped with useable moves from being caught.

Swampert boasts a unique pairing of Water and Ground, taking away all of the weaknesses traditionally associated with Ground-type Pokémon aside from Grass. Grass attacks will deal 256 percent damage to Swampert, so these matchups should be avoided.

Thanks to its types, however, Swampert has a range of attacks to choose from. The most powerful of these comes from the Water-type moves Water Gun and Hydro Cannon. Being a legacy move, Hydro Cannon may be difficult to learn, but it is by far the strongest move Swampert has access to and can be paired with either of its fast moves for massive damage output. We recommend paying close attention to community days to find out when you will have an opportunity to teach Swampert this powerful move.

If you can catch Swampert or Mudkip in their Shadow forms, Swampert will deal even more damage. But this isn’t necessary, since the base form is more than capable of holding its own.

The generation-five Legendary Pokémon Landorus boasts high attack stacks with a lack of durability. Another unique dual typing, Landorus boasts the Flying and Ground typings, giving it a set of unique resistances including that of other Ground-type moves. The key matchups to avoid with Landorus are Ice-type opponents. In these matchups, the Legendary Pokémon will take 256 percent damage from Ice moves.

There are plenty of options when it comes to moves, but the most powerful is to stick with Landorus’ Ground attacks. The fast move Mud Shot paired with Earth Power will facilitate some impressive total damage output and allow Landorus to quickly tear through vulnerable enemies. Outside of that, the other best option includes the fast move Rock Throw paired with any of Landorus’ attacks for similar damage output.

Legendary Pokémon do have limitations when it comes to entering battles, but these Pokémon boast extreme power and Landorus is no exception. Players should keep an eye out for the opportunity to enter Landorus’ Raid and capture the Pokémon since it’s a powerful tool to have.