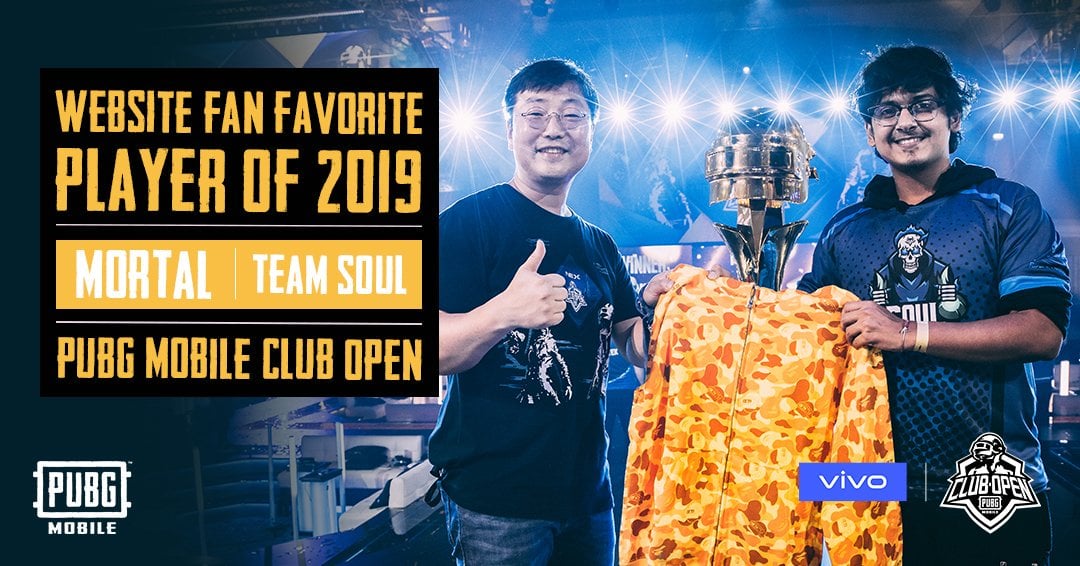 Naman “MortaL” Mathur, who plays for Team Soul from India, is taking a break from competitive PUBG Mobile to focus on his streaming career. The ongoing PUBG Mobile Star Challenger (PMSC) 2019 will be his last tournament.

The player announced the news on his YouTube channel where he has over 2.6 million subscribers. He thanked his fans who have stuck with him for the last year and also said that he’s been more upset than happy over the past few months when he had to stay away from YouTube.

“Nothing else has given me more satisfaction than being connected with my audience daily with 10pm stream,” MortaL said. Being involved in the competitive scene has hampered him from doing so.

He also revealed that he has some personal obligations toward his mother and brother, being the “man of the family.” MortaL said that he feels that he has an obligation toward his audience and fans as well, and wants to do something for them in the future that he wasn’t able to do until now.

MortaL will turn into a full-time mentor in the Indian esports scene to groom talent from the country for future PUBG Mobile tournaments. He also said that his team is ready and supports his decision. Team Soul’s remaining players—Yash “Viper” Soni, Harpeet “Ronak” Singh, and Mohammed Owais—will continue to compete and a replacement for MortaL should be announced soon.

MortaL clarified that this move doesn’t come due to his team’s poor performance at the recently-concluded PMCO Spring Split Global Championship where Team Soul came in 12th, even after being one of the favorites to win the championship. He said that esports requires a lot of dedication and practice, making it hard to juggle streaming and content creation along with being a professional gamer.