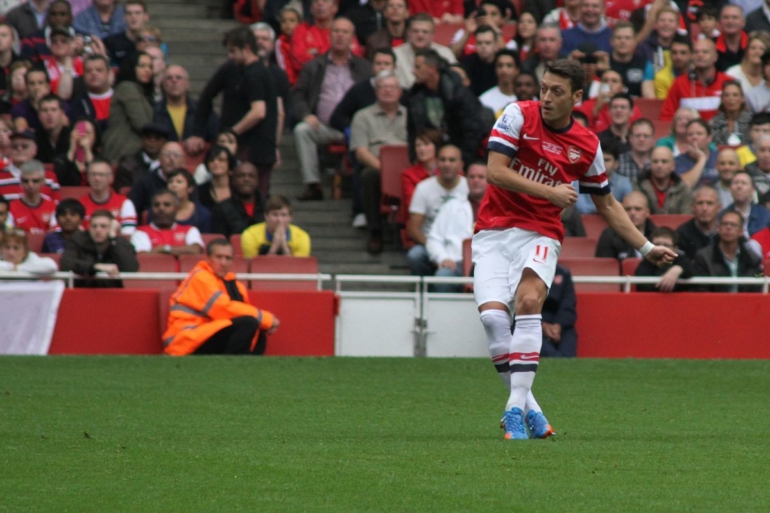 Photo via Ronnie Macdonald | CC BY 2.0

Professional soccer player Mesut Özil is live on Twitch for the first time.

Playing Fortnite: Battle Royale alongside fellow Arsenal soccer player Sead Kolašinac, Özil decided to launch his own channel on the popular streaming platform earlier today. And, at the time of writing, he already has over 30,000 viewers watching him try to get some Victory Royales—he has the second-most viewers in the Fortnite category on Twitch right now, only behind FaZe Clan’s superstar Turner “Tfue” Tenney.

Özil is no stranger to video games or the esports scene, for that matter. In August, the 29-year-old revealed his plans to form a brand-new esports organization.

In that previous announcement, Özil said that he planned to form a FIFA esports team. But since the Arsenal star is now streaming Fortnite, maybe he’ll want to enter that esports scene once he launches his organization.

Özil is just the latest professional athlete to try his hand at one of the most popular games in the world. Boston Celtics forward Gordon Hayward believes that he can take on any athlete in Fortnite, while UMG plans to host official competitions for both current and retired MLB players.

Who knows, maybe Özil can build a career in streaming once his professional soccer days come to an end.