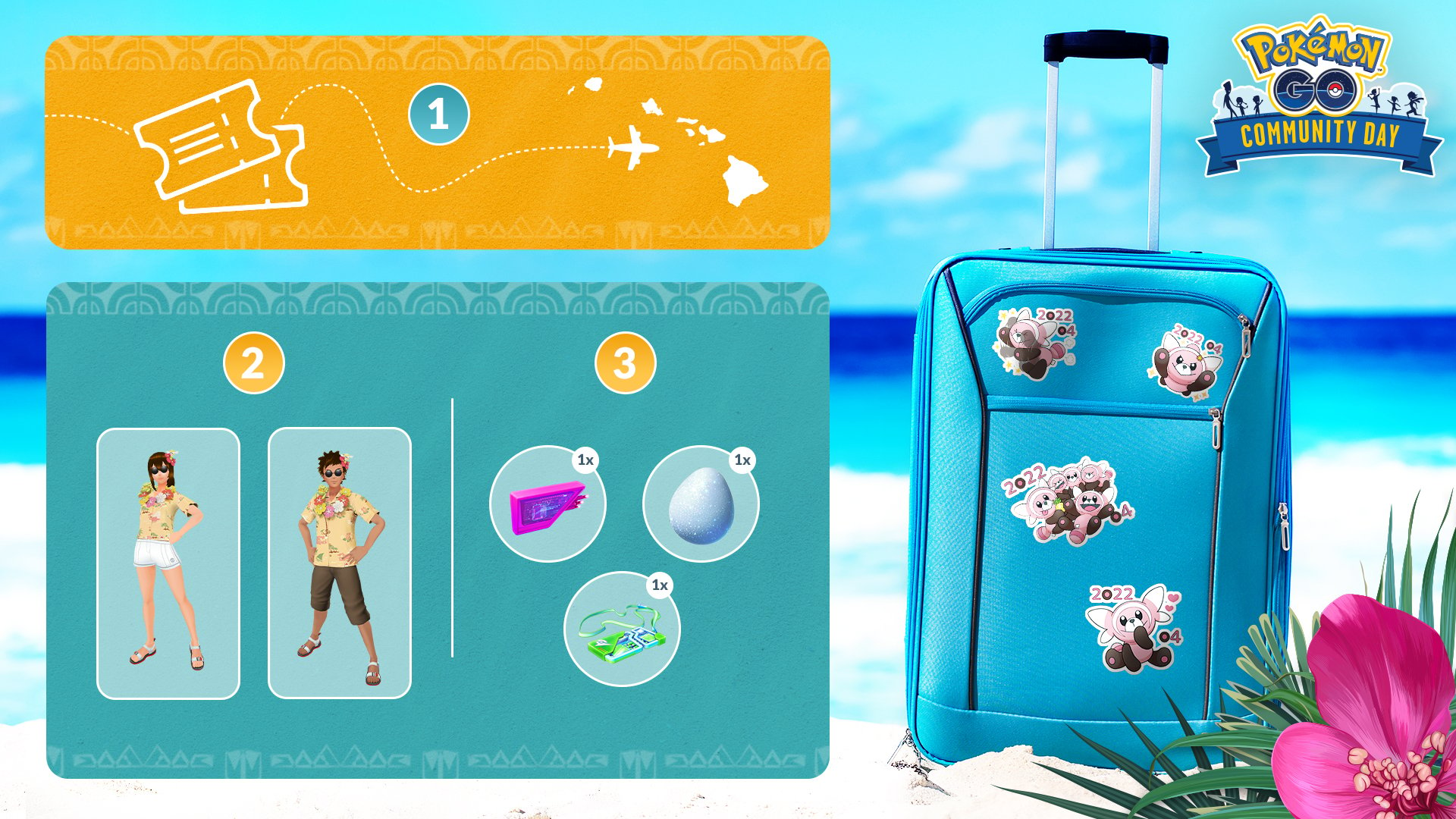 Niantic has been working in different ways to tie in elements of Pokémon Go’s content to the overall theme of its current Season of Alola, which is taking inspiration from the island region from Pokémon Sun and Moon. And now, the company is taking things a step further by offering players a chance to actually win a trip to the real-world location Alola is based on.

From April 18 to 23, the Trip to Hawaii Sweepstakes is being hosted to celebrate the Season of Alola, Stufful Community Day, and Sustainability Week.

One lucky grand prize winner will get a fully provided trip for two to Hawaii. Niantic is also setting the sweepstakes up so players around the world can earn in-game bonuses just for entering. This will be facilitated just like Global Challenges, where Niantic will count the number of retweets on the sweepstakes posts and give players items as the number reaches certain milestones.

Here’s the full reward list for the sweepstakes, which will end on April 23.

Entries will be pooled from eligible Twitter accounts during the listed entry period, with winners being randomly selected.