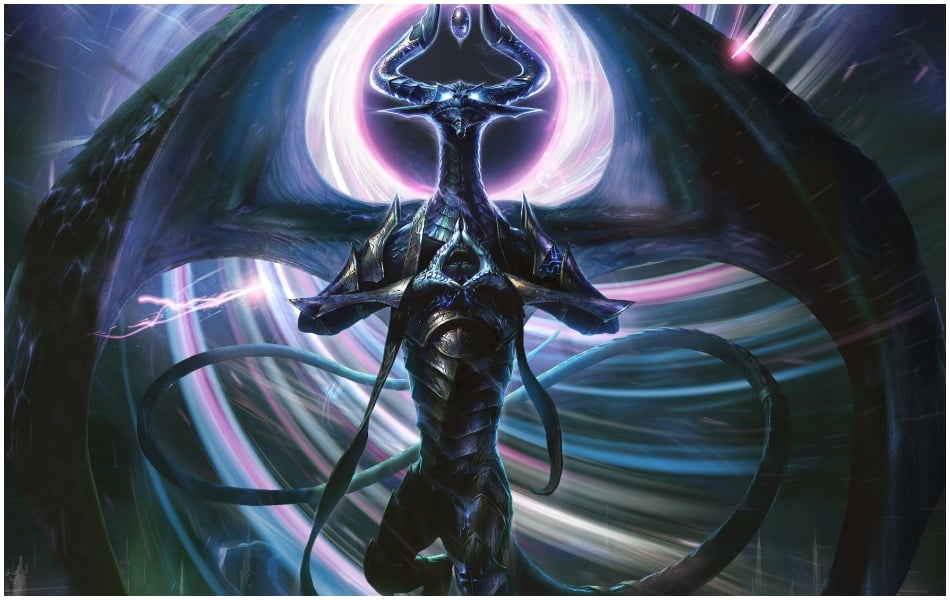 The war is coming to Ravnica one last time as an epic battle for the ages in MTG War of the Spark. The expansion will include 30-plus planeswalkers, ranging from uncommon to mythic rare.

Set to release at the end of April on MTG Arena and in card form on May 3, War of the Spark promises to shake up every format in Magic: The Gathering.

Plus one: “Up to one target creature you control gains your choice of vigilance, lifelink, or indestructible until end of turn.”

Static Ability: “Whenever a creature attacks you or a planeswalker you control, each dragon you control does one point of damage to that creature.”

Plus one: “Until the end of turn, each planeswalker you control becomes a four/four dragon and gains flying.”

Minus three: “Create a four/four dragon creature token with flying.”

Plus one: “Exile the top card of your library face down. You may look at it at any time. Create a two/two colorless Spirit creature token. When that token leaves the battlefield, put the exiled card into your hand.”

Minus three: “Destroy target permanent that is one or more colors.”

All planeswalkers are set to release in the MTG War of the Spark expansion on May 3. Cards will be available early in MTG Arena, starting April 25.