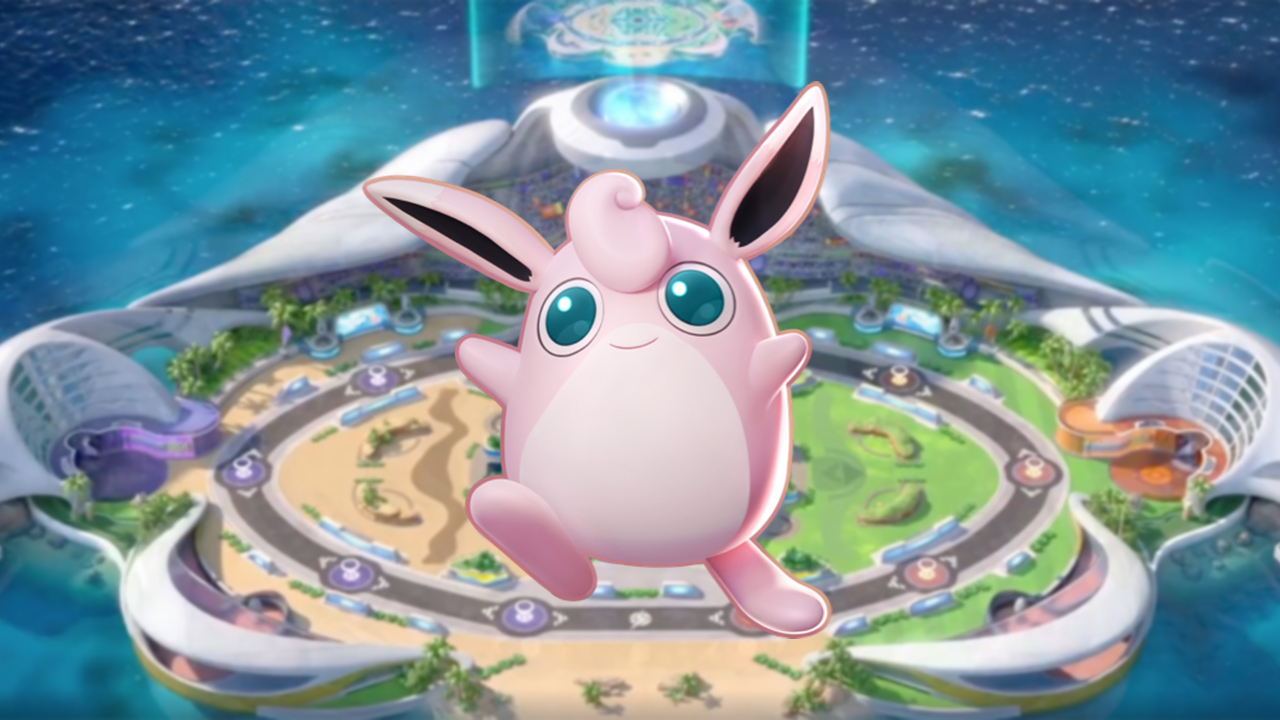 Wigglytuff has a lot going for it in Pokémon UNITE, but it lacks a unique element that makes the Pokémon stand out on the roster if you don’t look closely. Instead of being a Supporter that specializes in one thing, Wigglytuff can do a little bit of basically everything.

For starters, Wigglytuff can slow enemies, put them to sleep, or stun them. It’s a surprisingly technical Pokémon, too, and mastering the art of using the Tuff can let you set up a wide range of opportunities for your team.

You can grab Wigglytuff from the Unite Battle Commission shop for 8,000 Aeos Coins or 460 Aeos Gems, but you might want to take it straight into practice mode to figure out how to get the most out of its moves. If you are ready to play what might be the single strangest character in the game, here is the best build you can default to for Wigglytuff.

The whole point of playing Wigglytuff is to be as annoying as possible for as long as possible, and sustaining your HP helps achieve just that. Since the Fairy-type is a Special Attacker, the Shell Bell gives Wigglytuff great health regeneration while it tanks hits for your team.

You don’t need to stack HP-buffing items, but that doesn’t mean you can’t go down that road. Leftovers will give you more regen and boost your max HP at the start of the game, potentially letting you live even longer.

Alternatively, you could use the Wise Glasses or a defensive item like the Assault Vest if you don’t want to focus too much on HP.

Your goal is moving around and being close to your team, and the Float Stone facilitates a roaming support strategy. You might want to swap this out for a defensive item if you aren’t roaming, but there isn’t any harm in trying it out early.

Wigglytuff is another slow Pokémon that benefits from having the Eject Button as a way to engage enemies or escape from tight spots. You can also use it in tandem with Sing and potentially put more Pokémon to sleep by blinking forward with it. If Eject Button doesn’t fit your preferences, though, the bulky Pokémon can use most items effectively, including a Potion, X Attack, and Fluffy Tail.

As always, go with the basic offensive option to help your laning partner take down wild Pokémon faster. Pound is relatively strong, too, so you might be able to take down your opponents if you catch them by surprise. Defense Curl is a good utility move, though.

Adding a reliable stun that does decent damage is a good call. Dazzling Gleam is a fairly obvious pick unless you want to initiate fights with Rollout instead.

Upgrade (Level 10): Also decreases the movement speed of opposing Pokémon for a short time when the first hit of this move deals damage to them.

Wigglytuff’s bread and butter. This will be the key to starting most interactions, and landing a solid Sing on one or more enemies can decide an entire teamfight instantly. Even if you can’t put them to sleep, slowing them down might be enough to let your teammates catch your opponent off guard.

This is one of the most situational Unite Moves in the game, but that’s not necessarily bad. The capacity to give shields to your allies, remove their status conditions, and make them immune to certain effects is just another point on Wigglytuff’s teamfight resume.