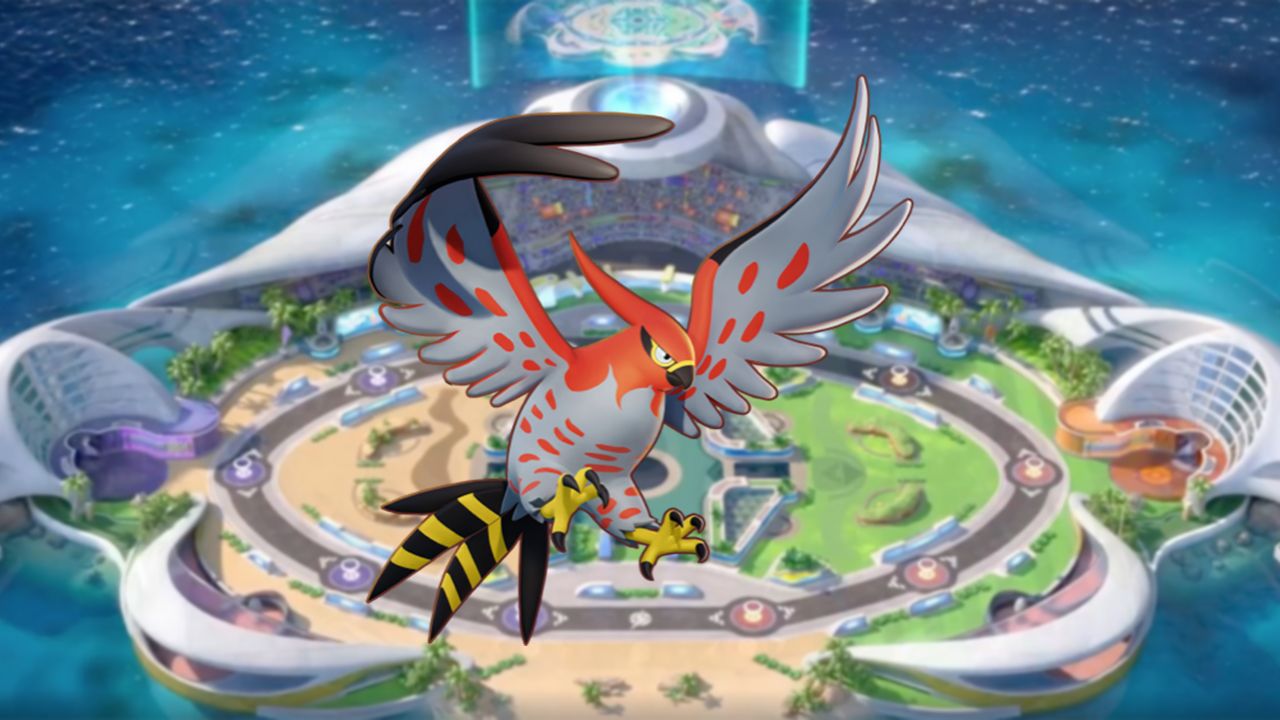 The Kalos region’s resident bird Pokémon, Fletchling, Fletchinder, and Talonflame, are ready to rain down aerial assaults in Pokémon UNITE. Paired with high attack power and some of the best mobility in the game, these Pokémon are prepared to strike unsuspecting foes from a distance and take them down quickly.

These three Pokémon are classified as novice Speedsters with an emphasis on their ability to move freely around the map and score goals miles away from danger. When fully evolved into Talonflame, this Pokémon’s potential truly shines, making it one of the best options for junglers.

The Fletchling line is available to all players as an option to choose for free once they complete the tutorial. Players who don’t pick it, however, can still purchase its Unite License from the shop for 6,000 Aeos coins.

Here is the best build for this line of fiery birds that takes advantage of not only how fast they are, but with how much damage they can dish out on unsuspecting opponents in little time.

The Muscle Band is one of the most important items on Talonflame. When it is leveled up to max rank, Talonflame can gain a whopping bonus of 15 Attack and a 7.5 percent increase to Attack Speed. Although getting this item to max rank isn’t an easy feat, it will provide a nice boost to Talonflame’s offenses that make it more than just its speed, regardless of its level.

Just like in the main series Pokémon titles, the Float Stone allows you to feel weightless. On a Speedster like Talonflame, this additional speed makes it not only a difficult target to catch, but allows it to move around the jungle so quickly that access to both lanes will be seamless. Plus, the Float Stone provides additional attack to Talonflame, buffing up its offenses to better prepare it to dive into lanes.

One of Talonflame’s biggest drawbacks is its fragility. If caught out by an opposing Attacker or All-Rounder, there’s little chance that Talonflame will be able to come out on top if it didn’t initiate the fight. The Focus Band picks up some of Talonflame’s slack, allowing it to regenerate a large portion of its health when it is low. The item also gives Talonflame a sizable increase to its defenses, allowing it to sustain more attacks from Wild Pokémon and opponents.

The Fluffy Tail is a must-have for any player looking to take advantage of the jungle. This item has a stun and a temporary increase in damage to Wild Pokémon, which let you clear Wild Pokémon camps with ease to gain the level advantage on your opposing jungler and invade your lanes more quickly to help your teammates. Talonflame also doesn’t do as much damage as other junglers like Gengar or Zeraora when in its lower evolutions, so this item is vital for staying relevant early in the game.

Talonflame already boasts one of the best mobility stats in the game, so emphasizing its speed is best done through held items like the Float Stone. When it comes to optimal battle items, however, the X Attack is one of the best choices for the Scorching Pokémon. If used right before a dive with Fly or Brave Bird, Talonflame can dish massive damage in mere seconds onto all opponents where it lands, clearing the lane and opening the opponent’s goal for scoring.

If you’re bringing the Tiny Robin Pokémon Fletchling into the jungle, it’s best to start with Acrobatics. Since this move acts as a dash that does damage, you can avoid having to traverse the beginning barricade to fight the Ludicolo and Bouffalant camps, rather jump right into them and deal decent damage from the start.

Flame Charge boosts the now-Fletchinder’s speed, but the most important part of this move doesn’t show until it can be upgraded at level 11. Once upgraded, Flame Charge not only boosts your movement speed, but also lowers the movement speed of the attacked opponent as well, leaving very little room for them to escape your grasp.

Fly is definitely a safe option for Talonflame in both initiation and escaping from bad fights, but Brave Bird allows the Scorching Pokémon to shine. With an incredible dive distance, Brave Bird lets Talonflame reach far away opponents and deal massive damage to them in an area-of-effect. It deals a little damage in recoil, but this move’s benefits outweigh the drawbacks. And if you have a boosted attack on deck, either from a third basic attack or through Aerial Ace, use it right after Brave Bird to reset the cooldown of Flame Charge or Aerial Ace.

Talonflame’s Unite Move is Flame Sweep, a powerful move that drags opponents with it as it dives in a straight line. Although it doesn’t deal the most damage, Flame Sweep allows both Talonflame and its allies to capitalize on the now out-of-position opponents. It’s best not to use this move outside of a coordinated team fight, however, since Talonflame may struggle to deal with strong opponents by itself at this level.