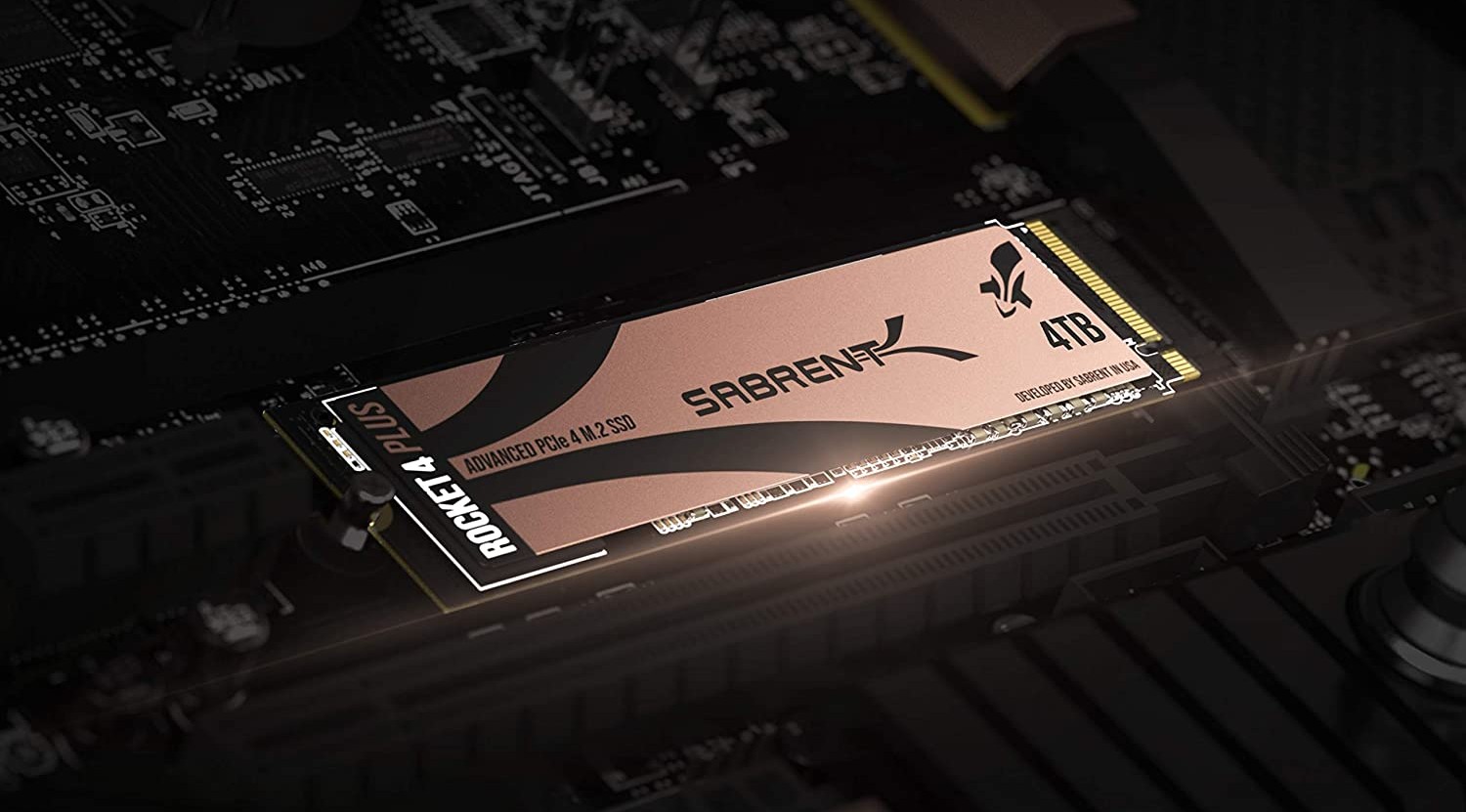 Non-Volatile Memory Express (NVMe) SSD drives are much faster than conventional SATA drives or HDDs and serve as the new standard for performance. NVMe drives slot directly into the motherboard like a stick of RAM and cut out unnecessary interfaces. Connecting directly to the motherboard reduces latency and ensures faster, more consistent speeds.

The motherboard is a limiting factor when picking an NVMe. Older motherboards don’t have M.2 slots to support NVMe drives, so an add-on card is needed. Some motherboards have the required slots but don’t support the latest PCIe 4.0 interface, meaning they won’t get the fastest speeds from an NVMe.

Most users value capacity above all else when choosing an NVMe drive. There is a wide selection of available sizes ranging between 250GB and 8TB. The smallest 250GB drives aren’t recommended because their limited space doesn’t allow users to store much data. On the other hand, some larger NVMes cost a fortune, and most users won’t need the massive capacities. When choosing an NVMe, buyers should consider its use and their budgets before making a decision.

Sabrent’s 4TB Rocket 4 Plus NVMe 4.0 offers a balance of speed, capacity, and price. Its 4TB capacity should be enough for massive game libraries and other media like movies, images, and music.

Endurance is an important factor when choosing an NVMe. Most NVMe SSDs have an endurance rating called Terabytes Written (TBW), which is the maximum amount of information that can be transferred onto the drive during its lifespan. The 4TB Rocket 4 Plus has a TBW rating of 2,800TB, giving buyers many years of use.

Transferring data to a new drive can be difficult, so Sabrent includes software to make it easier. A program called Acronis True Image ships with the 4TB Rocket 4 Plus, so users can clone their old drive or backup their information easily.

The 4TB Rocket 4 Plus sits at the top of the list for its all-around capabilities. Its capacity is enough for most users, and it also offers the fastest speeds of any NVMe. After factoring in its functionality, the 4TB Rocket 4 Plus offers great value despite its high price.

Western Digital’s Black range consists of its premium products designed for the best performance and reliability. The company’s 2TB SN850 has half the 4TB Rocket 4 Plus’s capacity, but it’s still large enough to store a sizable gaming library and other media.

An area where the 2TB SN850 beats the 4TB Rocket 4 Plus is the inclusion of a heatsink. The heatsink is optional, but it’s a worthwhile investment that keeps the NVMe cooler and protects it from getting too hot. If the NVMe is kept cool, it runs more efficiently, and there’s less risk of failure.

Although 2TB NVMes don’t have the largest capacity, they remain a popular choice for gamers. The main reasons for this drive’s popularity are its adequate capacity for most tasks and, more importantly, its reasonable price.

The Samsung 980 PRO 1TB has similar performance to the 2TB SN850 but less storage capacity. Its 1TB capacity is adequate for a few large games, but users can’t expect to add massive media libraries.

While the 980 PRO 1TB doesn’t have the best performance, it still offers great value. It costs less than half the price of the 2TB SN850 and considerably less than the 4TB Rocket 4 Plus while still having adequate speed and capacity for most casual users.

Corsair’s MP400 8TB is the best option for users looking for the largest storage capacity possible. Its 8TB capacity is more than enough for advanced users and is ideal for backing up entire drives, game libraries, and storing media files.

Despite its enormous capacity, the MP400 8TB has slower speeds than the alternatives mentioned so far. Since the MP400 8TB uses the older PCIe 3.0 interface, its read speed only goes up to 3,400Mbps, and the write speed goes up to 3,000Mbps.

The MP400 8TB has a decent endurance rating compared to the other NVMe SSDs mentioned on this list. At 1,600 TBW, its rating is lower than the 4TB Rocket 4 Plus, but it’s more than the 980 PRO 1TB and the 2TB SN850. Like most NVMe drives, this Corsair model also has an extra layer of protection to prevent overheating. If the temperature exceeds 80 degrees Celsius, the MP400 8TB reduces its performance by throttling the speed.

While most users would love to have an 8TB NVMe, its high price limits the appeal. The MP400 8TB sits in the same price range as some prebuilt gaming PCs, so it’s only worth it for users who need the space and have money to burn.

Some users have a limited budget and need to increase their storage capacity without spending much. Western Digital’s WD Blue SN550 boasts an affordable price and 500GB capacity that is acceptable for a couple of games and media files.

Considering its low price, it’s no surprise that the WD Blue SN550 has slower speeds. It uses the older PCIe 3.0 interface and has read speeds of up to 2,400Mbps and write speeds of up to 1,750Mbps. While the slower speeds can affect file transfers and loading times, they shouldn’t impact gaming performance.

Another area where the WD Blue SN550 lags behind the other NVMe drives on this list is its endurance. Its 600 TBW rating is half of what the 980 PRO 1TB and 2TB SN850 offer. The five-year warranty somewhat mitigates the low endurance rating, though.

Western Digital’s WD Blue SN550 doesn’t win any prizes for pure performance but gets the job done. It offers decent storage capacity, and it’s faster than standard SSDs and HDDs. The main benefit of this NVMe is the affordable price, making it accessible to most buyers.