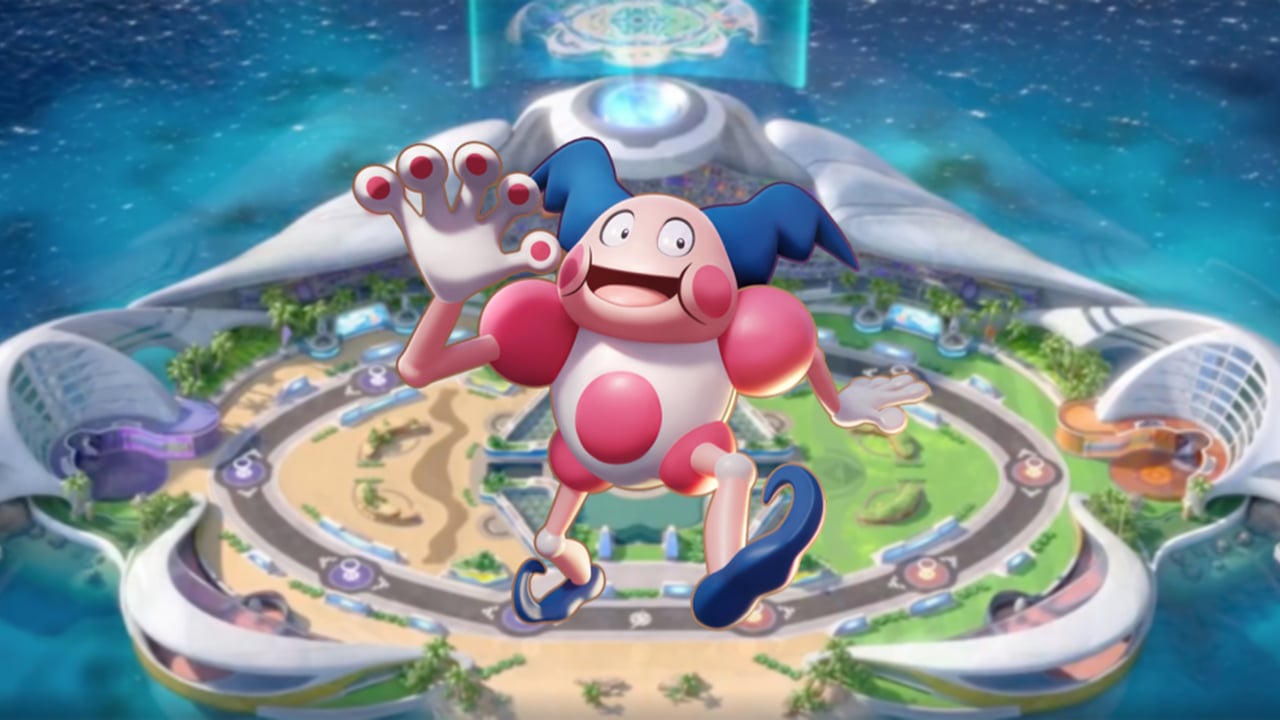 If you like characters with odd gimmicks that can swing entire matches because other players don’t know how to counter them, Mr. Mime is going to be perfect for you in Pokémon UNITE.

Mr. Mime is an anti-rushdown Pokémon that provides a safe space for teammates and sets them up to take easy kills. The Psychic-type can use all four of its upgraded moves to great effect, so most of the building out your set is just personal preference or learning what moves work best with which lineups.

In general, Mr. Mime is great at confusing opponents, blocking them off from potential escape routes, and supporting teammates with its strange moveset. As long as you remain close to your laning partner and learn the best timings for throwing up a Barrier or Guard Swapping a target, you are as golden as the Magician Style Holowear outfit.

Grabbing Mr. Mime’s Unite License costs 8,000 Aeos Coins or 460 Aeos Gems. Here are some build options for the Psychic/Fairy-type if you’re ready to play tricks and muck up the lanes with Barriers.

Mr. Mime is already pretty bulky, but you will want at least one extra defensive item to ensure you can survive against some of the more annoying ranged attackers like Pikachu if you end up laning against them.

Healing while using Special Attacks and receiving an increase to your base stat make Shell Bell a very compelling item for Mr. Mime. Not only will it let you heal while damaging any opponent, but it will also boost your Special Attack and shorten move cooldowns.

This is the one item you can probably swap out if you don’t like the concept. Having a shield when using your Unite Move is really helpful for Mr. Mime since opponents can gang up on the Pokémon while it casts its Unite Move. Buddy Barrier also gives a shield to a nearby ally with the lowest HP and a base increase to the user’s HP.

The Eject Button is good for going through walls, escaping enemies, or getting in for that last bit of damage. It is some solid all-around utility that any Pokémon can use effectively.

Since Mr. Mime can’t heal itself outright, having a Potion offers a little bit of extra sustainability. This is especially good if you ever need to hold a lane alone, because Mr. Mime is bulky enough and does enough damage to repel enemies from your team’s point as long as it can survive.

Level One: Fake Out

Fake Out is a simple attacking move, but it gets the job done when all you need to do is run to your lane and help clear wild Pokémon.

Confusion and Psychic are both solid options depending on what you need, but Confusion provides more burst damage and can potentially stun enemies pushed back by it. If you need more AoE damage or your team needs an opener for in-close teamfights, Psychic might be better for you.

Guard Swap is very fun and can lead to some incredible moments, but Barrier is just too good to pass up when you really want to make a consistent impact on the game. It creates a large wall that blocks Pokémon from moving through it, which can lead to easy kills, safe escapes, and even block Unite Moves in certain circumstances. It also helps that you can bank them, starting with two charges as soon as you upgrade.

Upgrade (Level 13): Increases the maximum number of uses that can be kept in reserve for this move.

Showtime! will have Mr. Mime jump in and deal residual damage to any nearby Pokémon while also stunning them. This can be used as a great teamfight opener or payoff to finish things out when you are running low on resources.