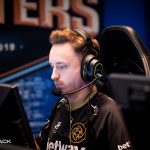 CS:GO has a ton of star players. Through its rich competitive history and what could almost be described as a cult-like following, the franchise has seen players take the game to another level all-together.

Whether it’s down to intuition or a complete grasp of the game’s mechanics, the best players are rewarded for their practice by pulling off shots and strategies that leave audiences baffled. With so many ways for players to show their talents both mechanically and tactically, the best players always found a way to rise above the rest and prove what they’re made of.

Of all the incredible players the game has churned out since its release in 2012, the following 10 have time and again proven themselves to be at the top of the game’s competitive scene.

Although some of the players on this list may have competed longer than others, a long career isn’t what it’s all about. Some prodigies are already being considered as one of the best players in the history of CS:GO and made it to our list purely because of their raw talents.

Though GeT_RiGhT took off his legendary NiP jersey in 2019, the 29-year-old player is one of the first superstars in CS history.

Even before the release of CS:GO, GeT_RiGhT was one of the most accomplished CS players in the world. He quickly transitioned his dominant playstyle into CS:GO and became the foundation of NiP’s success between 2012 and 2013.

GeT_RiGhT’s way of mowing his opponents down with his superior aim and pulling off impossible clutches earned him a spot in the CS:GO hall of fame. While his later years with NiP weren’t as glorious as the previous ones, he’s still remembered as one of the greatest players of all time.

KennyS was one of the best AWPers during his prime in 2015 and he might have the most eventful story of anyone on our list.

When kennyS was a young prodigy in 2014, he was playing for VeryGames, the top team in his home country of France. Despite being the second-best performer on the squad, kennyS was kicked at a time where he couldn’t find any other top squad that was looking for a new addition. After playing lower-tier tournaments for over a year, kennyS was asked to join the old VeryGames squad under their new banner, Titan.

During his time with Titan, kennyS made a name for himself on a global scale. But their run was cut short when one of his teammates was involved in a large-scale cheating scandal in 2015.

After Titan was no more, kennyS landed a spot on Team Envy alongside two of his old teammates and the Frenchman achieved great success between 2015 and 2017. Nowadays, he plays with an international squad for G2 Esports despite having played with French teams throughout his career.

When it comes to being consistent in CS:GO, the name GuardiaN immediately comes to mind. Not only did he have 63 percent of his professional kills with a single weapon, but he was also one of the most accurate shooters in the game.

Mostly known for his time on Na’Vi, GuardiaN’s AWP plays are still a sight to watch to this day. Though he was one of the pillars of the foundation of Na’Vi’s legendary squad, he decided to step back in 2017 due to internal issues and tried to rebuild his legacy in FaZe Clan. He failed to crown his successful seasons on FaZe with a trophy but put up one of the best performances of his life during the ELEAGUE Major 2018 finals, where FaZe were bested by Cloud9.

Though his resume may lack trophies, GuardiaN has over seven MVP awards to his name. He returned to Na’Vi in 2019 and is now an inactive player on the squad.

When Fnatic’s era was coming to an end in 2015, it wasn’t clear who would be the next team to beat in CS:GO. But Luminosity Gaming rose to the occasion with a full-Brazilian squad that had coldzera as its centerpiece.

Coldzera made his first international LAN debut at ESL One Cologne 2015. Though they fell short against Fnatic in the early stages of the tournament, the promising South American squad kept on improving and slowly became a force to be reckoned with in the following months.

Luminosity went on to win two Valve Majors in 2016 and coldzera was the MVP of both events. His rise to fame was certainly one of the quickest in the scene and he’s still actively playing under FaZe Clan’s roof.

Fnatic’s dominant run between 2014 and 2016 felt like it was never going to end since the players on that squad were performing better than their last showing every time they went on stage.

Though everyone on the team was considered to be in their prime during that era, flusha was at a level at which he was often accused of cheating. He was known for his wallbangs and almost impossible kills through smokes.

As Fnatic’s era came to an end in 2016, fans started seeing less of the legendary side of the fragger. Flusha found himself once more when he signed with Cloud9 in 2018. After almost a year in the North American scene, he’s now returned to Fnatic and remains an active player on the squad.

As the age of legends came to an end, prodigies started to show up around the world. S1mple is one of the first players from the new generation who made a name for himself on a global scale due to his mechanical talents.

Despite being considered one of the best players to ever touch the game, s1mple’s teams always seemed to fall one step short when it came to landing the finishing punch. The young talent even churned to North America, in 2016, to have a better chance at a Major title but came back to his roots after feeling homesick.

Lacking a Major title didn’t keep him away from earning nine MVP awards, however, and he’s still one of most motivated players in the scene to crown his talents with a major win.

S1mple isn’t the only young prodigy who was able to shake the thrones of legends in recent years. Though most of the community knew about ZywOo and his talents, no one could possibly expect him to take the first spot on HLTV’s “Top 20 players of 2019” list.

After the French AWPer joined the ranks of Vitality, the team powered through DreamHack Open Atlanta 2018 with ZywOo’s impressive 1.49 rating throughout the tournament. The mechanically-gifted player is already being praised as one of the greatest to touch the game by the community. With five MVP titles under his belt, ZywOo is looking to prove himself even further with a Major win.

Communication is a crucial part of CS:GO. For the most part, the most dominant teams in the history of the game have been from the same country.

While the time of Swedes was coming to an end in 2016, the Danes were eager to make a name for themselves. Before achieving success, dev1ce and the Danish squad were known for choking when it mattered most.

After the squad signed with Astralis, dev1ce had his eyes on the prize. With Astralis, dev1ce averaged a 1.20 rating across all events he attended between 2016 and 2017. Though the community may consider him to be mechanically weaker than all of the other players on our list, dev1ce proved himself on the biggest stages of CS:GO time after time.

Dev1ce has four Major titles under his belt alongside over 10 MVP awards and is one of the most consistent players in CS:GO history in terms of success.

After NiP’s reign was over at the end of 2014, no one knew who would be the next team to beat. KennyS and his French squad were on top of their game while the Danes were showing their teeth with dev1ce in the driving seat.

But Fnatic rose through the ranks when the competition was at its fiercest, and olofmeister was a huge part of their success. While he was mechanically talented, he was also one of the most creative players. He always came up with new trump cards to bust out whenever Fnatic needed them.

During his three years on Fnatic, olofmeister won three Major titles and contributed to a long winning streak that spanned six LAN events. He’s still active and now plays for FaZe alongside other legendary names like coldzera and NiKo.

In almost all sports there’s that one type of player that just goes out there and plays like a rogue. This isn’t necessarily bad since there will also be team compositions that’ll rely on a star player while focusing on enabling them.

Shox can be considered as Loki of the French CS:GO scene. His rise to the top happened during his CS: Source days, and his transition to CS:GO was buttery-smooth. Despite bringing in the talent, shox failed to become a stable part of a squad at the beginning of his CS:GO career. He needed more freedom to thrive as a player and that slowly started happening as teams started seeing him as more of a centerpiece.

After joining Titan, shox became a part of a squad that would shake the throne of 2013’s Ninjas in Pyjamas, a team that was considered to be one of the greatest of all time and shox also secured his only major win throughout this period. With that momentum, shox continued to find a place in some of the strongest stacks in the EU like G2 Esports and Team Vitality.