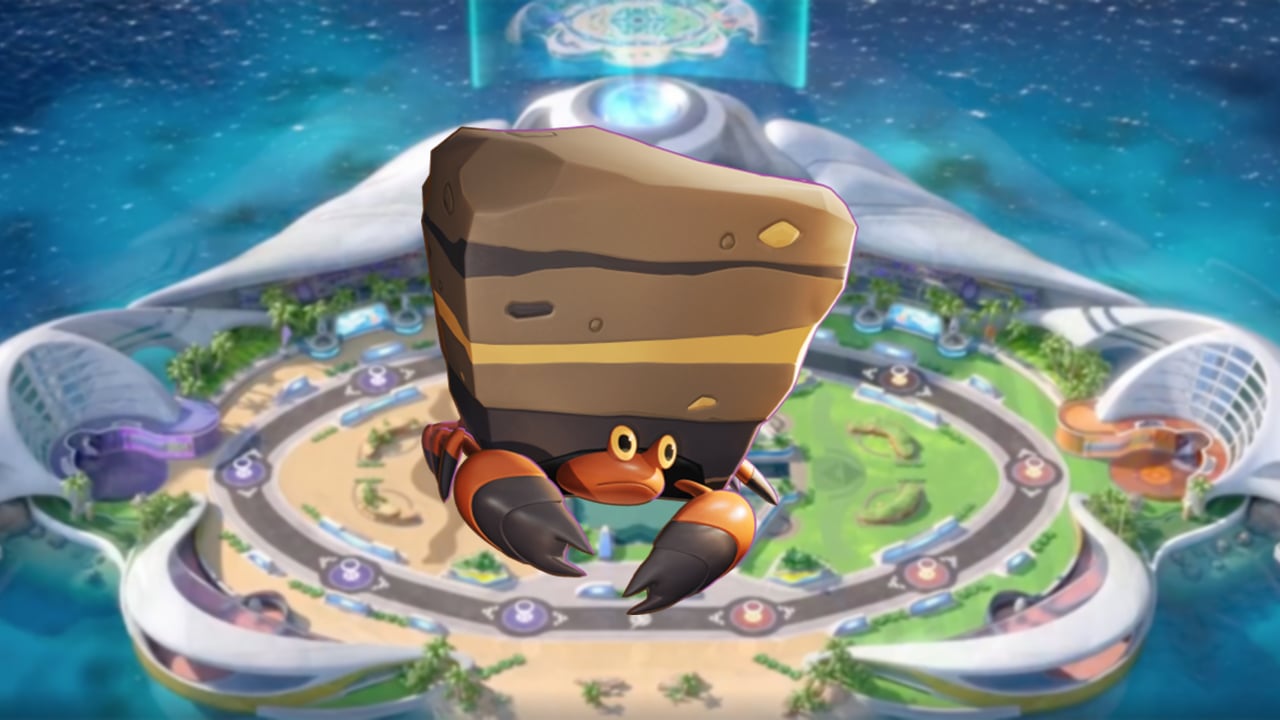 Some Pokémon require a lot of practice to master in Pokémon UNITE, and Crustle certainly fits that criteria. Its quirky abilities make Crustle a strange, yet highly effective, hybrid Defender.

Crustle can easily rushdown escaping Pokémon, deal tons of damage, or disrupt teamfights. The lack of ranged options might prove to be an issue, but this build mitigates that shortcoming by focusing on Crustle’s strengths.

Of all the Defender Pokémon in UNITE, Crustle is probably the most suited for going on the offensive and being self sufficient. It can tank hits and provide security for its laning partner, but it works better as roaming support that’s ready to engage at a moment’s notice and end fights quickly.

You can unlock Crustle by purchasing its Unite License for 8,000 Aeos Coins or 460 Aeos Gems, or by completing the seven steps Beginner Challenge that will be live until Aug. 19.

If you like roaming the map and being able to fend for yourself as a defensive stalwart, here is the best build you can default to for Crustle.

This is one of the rare times players tend to only pick one defensive Held Item on a Defender Pokémon because Crustle plays differently than Snorlax or Slowbro. You can freely use both to make the Rock-type extremely hard to deal with, but that depends on how offensive you want to be in lanes.

HP recovery is important for Crustle because it doesn’t have a way to heal itself with a move like the other Defenders. Leftovers will help you get back on your feet without the need to rely exclusively on Berries or other items.

Speed and Attack boosts are imperative for an offensive build. Crustle is naturally pretty slow, but you can change that with the Float Stone and beef up an already impressive Attack stat in the process.

Since Crustle is so slow, you might not be able to get out of sticky situations easily without using Shell Smash, and even then, that would also lower your Defenses. The Eject Button provides great utility if you’re trying to play on the front lines and deal damage.

Potion follows the same reasoning as the Leftovers pick. Crustle lacks a natural way to heal itself, and having a reusable and reliable healing option on hand might be worth ditching an escape option, especially if you feel comfortable in your skills and want to stay in a fight longer.

Both of Crustle’s early moves are offensive in nature, but Fury Cutter helps you cut down opposing Pokémon quickly. This will help you level up faster and hopefully get to your better moves fast enough to outpace the enemy team in your lane.

Rock Tomb is interesting, but unless you are really good at aiming it and are committed to cutting players off, Shell Smash is the way to go. It has more utility, allows you to burst down opponents, and you can even speed past them and use your other moves to push them back towards your team if you catch them by surprise. Just be careful, because the offensive boosts come at the expense of some of your defenses.

X-Scissor is the main attack option for Crustle. It deals massive damage with multiple hits, stunning opponents if they hit an object while being pushed back. The knockback is also useful in tandem with Shell Smash because you can push up and shove enemies backwards to disrupt escape options.

Crustle’s Unite Move grants it a shield, damages surrounding enemies, and stuns them. And, if you take damage while using Rubble Rouser, the opposing Pokémon will take a portion of it as additional AoE damage.