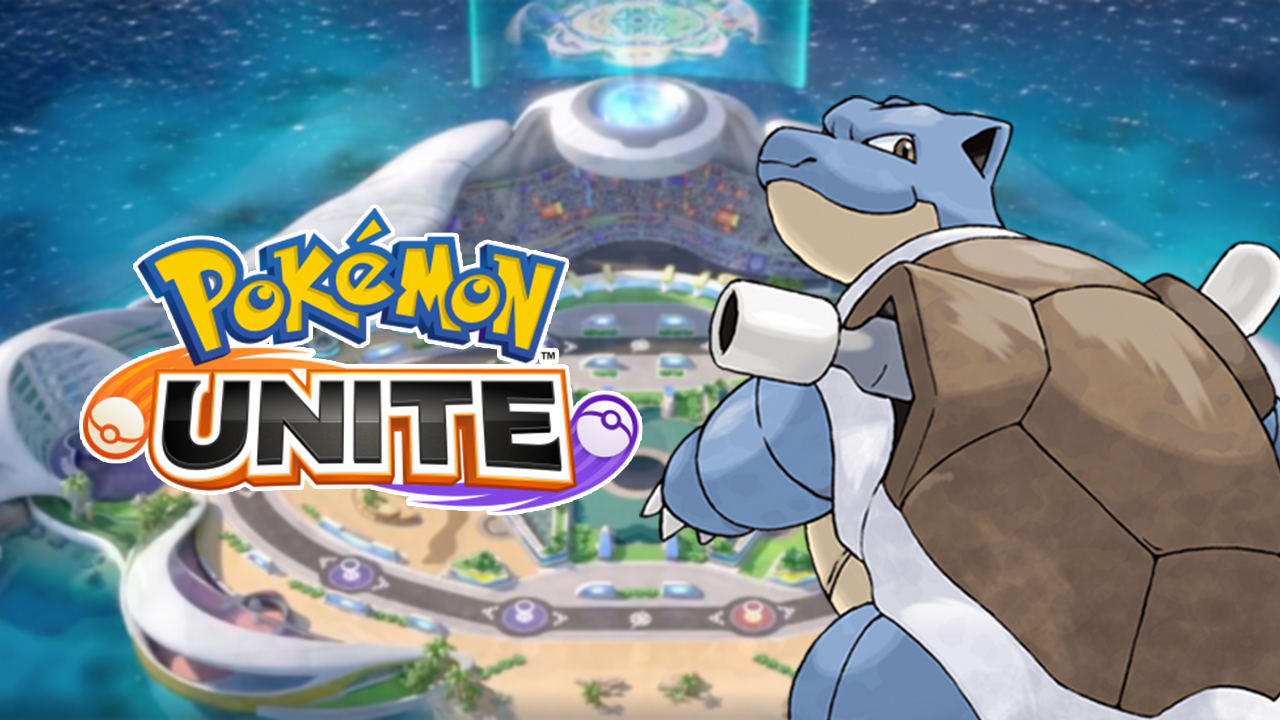 Images via the Pokémon Company

Blastoise is now available as a playable character in Pokémon UNITE, adding yet another defensive option for teams who want to switch up their compositions.

In terms of playstyle, the new Defender plays the same type of role as Crustle, providing solid utility in the form of strong displacement and defensive stats, though, unlike Crustle, you will be more focused on staying in range of your opponents and then hitting them with well-timed ranged attacks.

Blastoise can still easily tank hits and is going to be best used in a hybrid role where players are tasked with supporting their lane partner with ranged moves and displacing enemies when possible. And all four of its Special moves play into that role perfectly.

You can unlock Blastoise in the Unite Battle Committee by purchasing its Unite License for 8,000 Aeos Coins or 460 Aeos Gems, and if you like the idea of controlling crowded areas and dealing some impressive damage, here is a solid build you can use when starting out.

Outside of being very useful in big teamfights by providing a nearby ally and yourself with the lowest HP a shield when you use a Unite Move, it also boosts Blastoise’s base HP just by being equipped, which is great for a tank.

Much like the Buddy barrier, granting yourself a shield while trying to score as a slower Pokémon is a must, especially since it is based on a percentage of the Pokémon’s max HP stat. It also gives a boost to that maximum HP stat too, stacking with the Buddy Barrier.

The third item slot is pretty open to interpretation. Blastoise is a versatile character that can benefit from increasing Special Attack and healing provided by the Shell Bell, a bigger boost to its Special Attack given by the Wise Glasses, or other boosts like the Energy Amplifier reducing the cooldown of Special Moves and helping make Unite Moves more powerful.

A staple, the Eject Button is useful in almost every situation, especially for slower Pokémon like Blastoise that might have issues with movement depending on which Special Moves you end up going with. Using a well-timed Eject Button can mitigate some of those movement woes.

Squirtle is one of the few first-form evolutions to have multiple offensive moves that are pretty good at the start of a match, so picking between Water Gun and Skull Bash doesn’t really mean much unless you have a preference or a need for early range in your lane.

In most scenarios, Hydro Pump will be more useful, especially if you are playing a more control-oriented role. The faster damage output pairs well with both of the Water-type’s other attacks and lets you put some distance between the enemy and yourself or retreating teammates.

This is the most conditional choice when selecting a Blastoise build, especially as the Pokémon is still new as a Fresh Water.

Surf gives Blastoise some excellent movement and momentum while also dealing damage. It prevents you from being stunned, along with other hindrances when in use, and once the move is complete, the player can freely select the direction they want to carry their momentum into. And, like Hydro Pump, it does all of its damage in a single motion.

Rapid Spin is probably going to be the choice for players who feel confident that they can carry entire lanes as Blastoise. It not only does more damage over multiple hits while still being a good movement option, but also fundamentally changes how Hydro Pump and Water Spout work.

If you want to deal more damage, have access to lower cooldowns, and boost your moves, Rapid Spin is the way to go. But if displacement and overall movement is your goal, Surf is probably your best bet.

Upgrade (Level 13): Surf gets a shield when the move hits or Rapid Spin reduces damage taken when using the move.

Combining all of Blastoise’s best traits, Hydro Typhoon has the player rapidly spinning around while spouting water. This deals big damage, displaces enemies, and gives the user a shield, making it the ultimate tool for a teamfight.