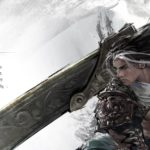 The competition in the battle royale genre is one of the toughest ones out there. Each popular title has its own core mechanics that make them stand out. While most battle royale games focus on shooting mechanics, Naraka: Bladepoint takes a look at the genre from a different angle.

Featuring a gameplay that favors movement and agility, players will be able to experience a battle royale setup that focuses more on closer-quarter fights. After successful beta tests, the game’s finally getting ready for a full release on Aug. 12.

While movement skills will be important when it comes to outplaying your opponents, each character will also have unique abilities that will help them in battle. The number of characters available in Naraka: Bladepoint is likely to increase over time, but the game will hit the digital shelves with six playable characters.

Here are all the playable characters in Naraka: Bladepoint.

Matari is a “graceful” assassin who’s honed her skills in windy deserts. Dealing with a Matari can be quite difficult at first due to her mobility.

Tarka Ji lives by a simple rule, “Live fast, drink well, and be merry.” Aside from enjoying a glass or two from time to time, Tarka Ji is also one of the bravest characters in Naraka: Bladepoint, not backing up from any type of fight.

Temulch is one of the more spiritual characters in Naraka: Bladepoint. With his ancestral legends in his mind, Temulch is out to seek glory and he doesn’t like he’d tolerate anyone who’d try to stop him on his path.

Each character has their own agenda and Tianhai is out there to save the world. Tianhai doesn’t have any boundaries, though, since he’s willing to sacrifice his own life if it’d mean that the world was saved.

Considering squad gameplay is an important aspect of Naraka: Bladepoint, you’ll want to see a support character in your squad. Kurumi is a natural-born support with her healing abilities, and she’ll be a must-have in all squads to ensure longevity throughout a match.

Viper Ning is a blind blademaster who originates from West Kunlun. Also known as the Crimson Viper, Ning is one of those characters you’d like to have in your squad simply due to the overall utility that she brings to the table.