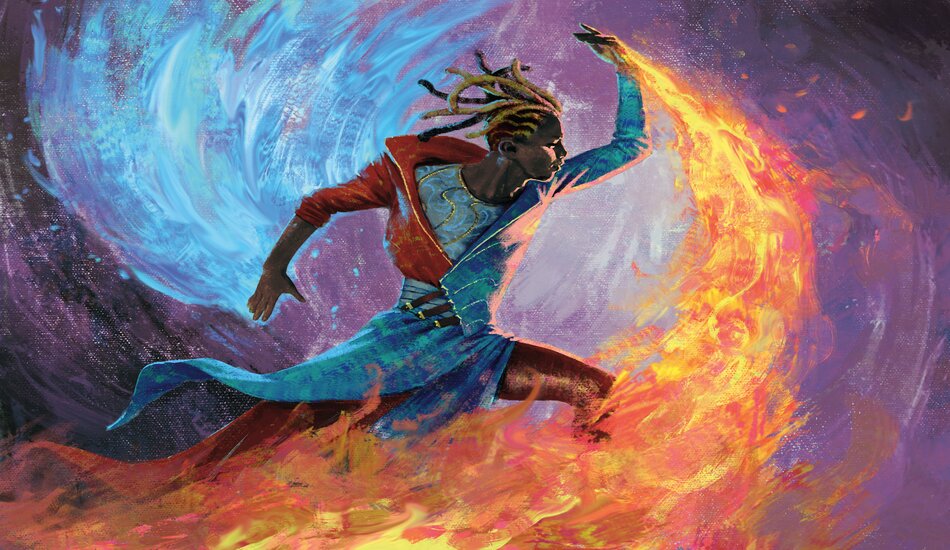 Story spotlight tidbits for the upcoming Strixhaven: School of Mages set continue to drop today with the preview of Culmination of Studies, a Rare Sorcery spell within the Prismari archetype.

Releasing digitally on April 15, the Strixhaven: School of Mages (STX) set contains Planeswalkers Rowan and Will Kenrith. The MTG twins are attending school at Prismari University, one of the five colleges at Strixhaven University on the plane of Arcavios.

Rowan and Will work together to bring down the Blood Avatar, the backside of Extus, Oriq Overlord, according to the card’s flavor text.

The Culmination of Studies Sorcery spell embraces the flavor of Prismari College, providing Treasure token ramp, card draw, and burn damage in an over-the-top card. It also synergizes with the founder of the college, Galazeth Prismari, whose ability allows its controller to tap Artifacts for any color of mana. And as a Sorcery spell, Culmination of Studies synergizes with the new STX mechanic, Magecraft.

Players can find out how the battle ended in free story lore while waiting until the STX set is released via tabletop on April 23 and digitally on April 15.