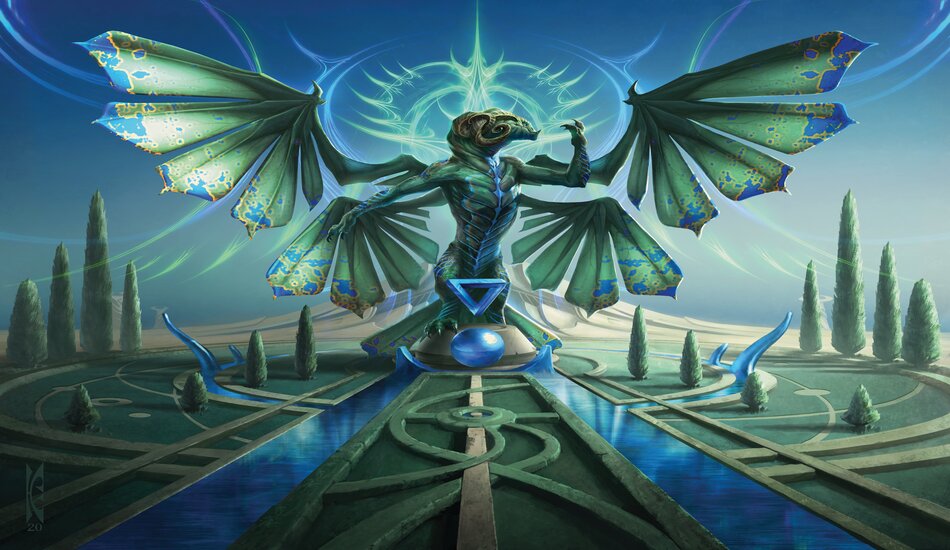 The founding Magic: The Gathering dragons of Quandrix and Prismari College, Tanazir Quandrix and Galazeth Prismari, were revealed during today’s Strixhaven: School of Mages spoilers.

Tanazir Quandrix, the founder of Quandrix College, highlights the school’s theme of mathematics. The 4/4 Elder Dragon has Flying and Trample as keywords, along with two abilities that promote +1/+1 counters.

Quandrix Command synergizes with Tanazir Quandrix, placing two +1/+1 counters on a target creature. When the Elder Dragon is the target and it attacks, every creature on the battlefield gets buffed to a power and toughness of six until the end of the turn.

Galazeth Prismari combos nicely with Goldspan Dragon from KHM, providing an abundance of Treasure tokens that can either be sacrificed for mana ramp or tapped to cast Instant or Sorcery spells.

The cycle of Elder Dragons will release digitally on April 15. The official release for the STX set is scheduled to take place on April 23.