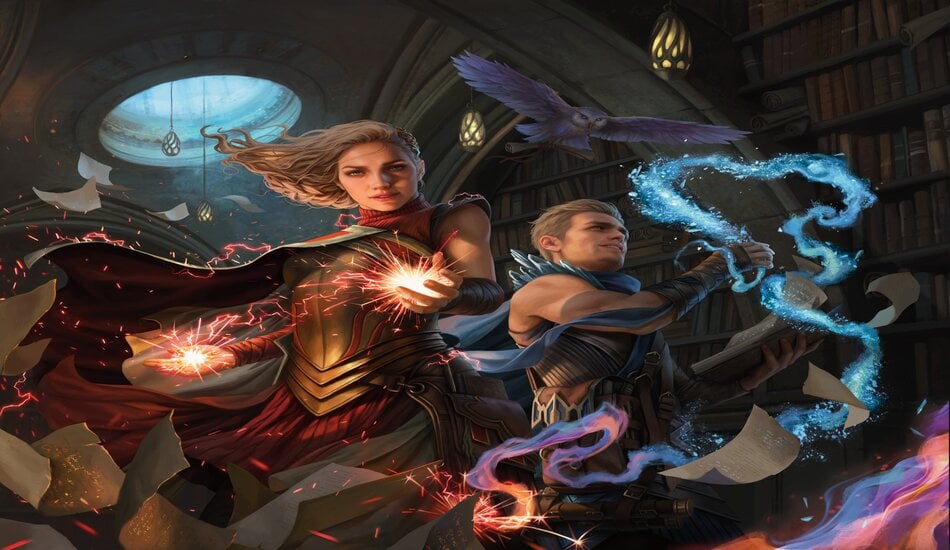 Spoilers for the upcoming Strixhaven: School of Mages set continued today with the reveal of Extus, Oriq Overlord, a Magic: The Gathering Modal Double-Faced card with Mardu Horde colors.

Scheduled to release in April, the Strixhaven: School of Mages (STX) set showcases college life within the multiverse. But life at the elite Strixhaven University isn’t peaceful.

Wizards of the Coast previewed the card Practical Research today, a story spotlight containing the twin Planeswalkers Rowan and Will with a flavor text that mentions an enemy by the name of Extus.

The Overlord contains the color mana associated with Silverquill College on the front side of his MDFC but then has the colors Black and Red for his backside Demon, Awaken the Blood Avatar.

Double Strike on a four-drop 2/4 is solid, as is being able to revive non-legendary creatures from the graveyard. Extus will be played in the Commander format and may even have a home in Standard Constructed.

Awaken the Blood Avatar confirms that the MDFC was designed for the Commander format. But it also synergizes with a number of STX cards that create tokens.

Players can read up on the Strixhaven University lore while waiting until the STX set is released digitally on April 15 and via tabletop on April 23.