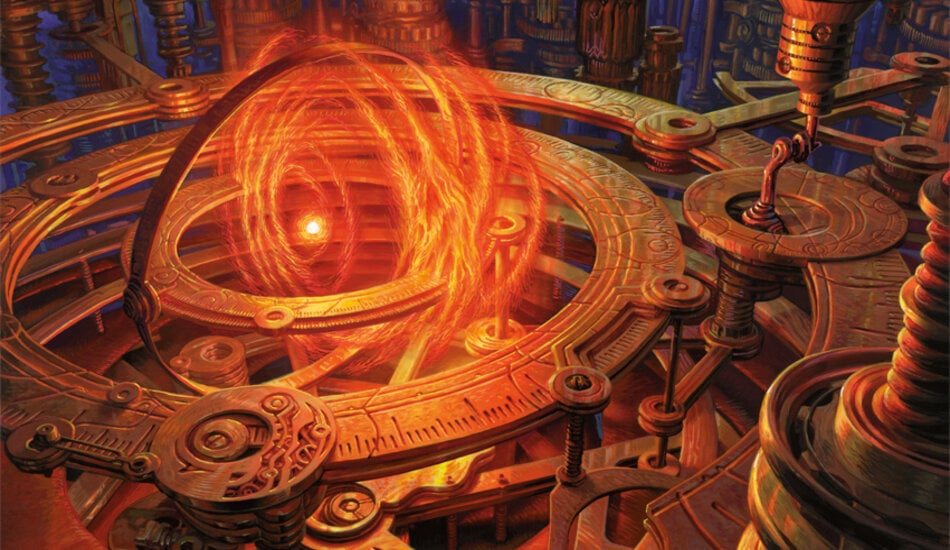 Commander is becoming one of the most popular Magic: The Gathering formats. But with the release of Commander 2019, there will be a handful of mechanics that new players need to understand.

C19, which is set to be released on Aug. 23, has four preconstructed decks (Merciless Rage, Primal Genesis, Mystic Intellect, and Faceless Menace) designed around a primary mechanic. Each of these abilities symbiotically works with the other cards in the deck, which also have mechanics of their own.

For new and returning players to the Commander format, understanding these C19 mechanics is essential to using the preconstructed decks to their maximum potential.

The Madness mechanic first appeared in the MTG Torment set and is a powerful ability that allows players to cast spells at an alternative cost. Once a card is discarded from a player’s hand, they may cast that card for its Madness cost (if available on that card). Players can also opt to let the card go to the graveyard rather than paying its Madness cost to cast.

Madness increases the speed of a deck, casting spells for a fraction of their original casting cost. With a commander like Anje Falkenrath, players reap the benefits of card draw in addition to cheaper casting costs.

Originally designed around Selesnya token decks in MTG Return to Ravnica expansion, Populate doubles the power of any token-themed deck. Creating a copy of an existing token on the battlefield makes Populate fast and lethal.

For Populate to fully succeed, the deck needs to contain spells that produce tokens. As a commander, Ghired, Conclave Exile does just that, along with Atla Palani, Nest Tender as an alternate commander.

Flashback is slightly more complicated than the previous two mechanics. It first came about in Magic from the Odyssey block. Promoting the power of instant and sorcery spells within a deck, Flashback lets players cast these cards at an alternate cost from their graveyard.

Once cast (leaves the stack), the spells are then exiled. The trick to Flashback is to get the most out of those spells being cast from the graveyard. This can be accomplished through copying it, like the C19 commander Sevinne, the Chronoclasm does or by adding counters to a creature (Elsha of the Infinite).

First revealed in the MTG Onslaught set, Morph is likely the most complicated C19 mechanic. Cards are cast facing down for a cost of three mana, turning the card into a two/two colorless creature. Players can then turn these cards over by paying the spells Morph cost.

A strategy is key when playing Morph since many of the creatures with this mechanic have additional abilities when turned faceup. Activating Morph also happens at instant speed, meaning timing is essential.

All of the mechanics in the C19 decks aren’t evergreen, though. Smaller abilities that help or promote the evergreen mechanics are sprinkled throughout the four preconstructed decks. When constructing from scratch, using cards with multiple mechanics that symbiotically work together will strengthen the power of a deck.

Entwine can be found on instant and sorcery cards that have multiple effects. It allows a player to pay an additional cost to use them all at the same time.

Commonly found in Dinosaur decks, Enrage is an ability activated through damage dealt.

Once an evergreen mechanic that was broken due to its power, Prowess adds a plus one/plus one counter onto a creature whenever its controller casts a non-creature spell.

Playing politics in Commander, Goad forces an opponent to attack with their creatures. While the player can choose who they attack, they can’t attack the controller of Goad, unless there are no other players left.

Much to the excitement of longtime Commander players, Phrexian mana returns in the C19 set. Instead of paying mana to cast a creature or spell, Phrexian Mana allows a player to pay two life.