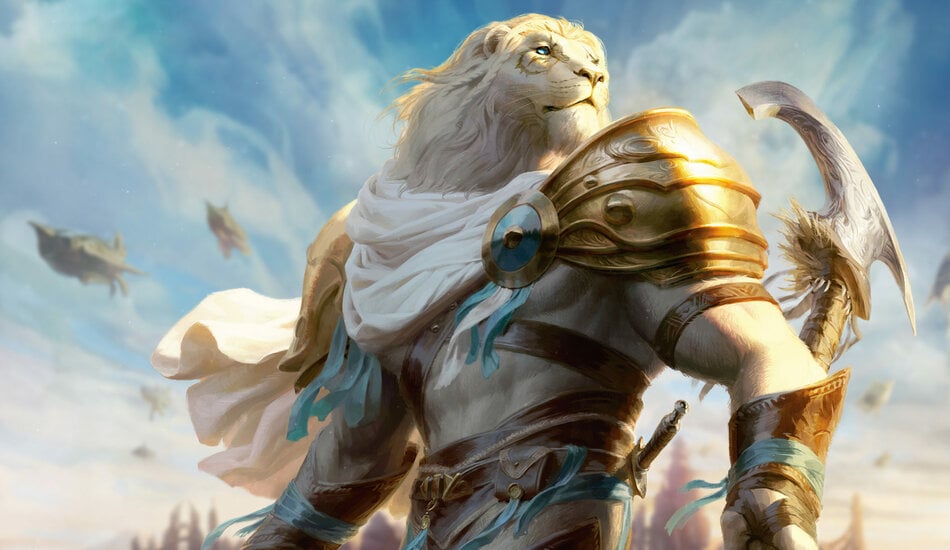 The War of the Spark expansion is living up to its hype, giving power to archetypes like Selesnya while strengthening existing Standard decks like Mono-Red Aggro.

From instants and sorceries to planeswalkers and God-Eternals, the metagame in MTG Standard will never be the same. With so many options for each archetype, we’re seeing a variety of emerging tier-one decks. In addition, previously rated tier-two and three decks are seeing a huge burst towards the top.

For those who were dreaming that War of the Spark would decrease the power levels of Mono-Red Aggro, keep day-dreaming—because it’s just as strong, if not stronger, than before.

With the additions of planeswalkers Chandra, Fire Artisan, and Tibalt, Rakish Instigator, Burn has the additional weapons it needs to rebuke control decks while dominating in power. Esper builds, however, remain a thorn in Mono-Red Aggro’s schemes.

The foundation of Mono-Red Aggro, with the exception of Chandra, hasn’t changed much. With all the new additions in other archetypes, however, this could prove to be a problem for Burn players in the coming months.

While Selesnya token and G/W midrange have improved slightly from War of the Spark, G/W Explore Proliferate has exploded on the scene. The core of this deck revolves around the original “explore theme” with the addition of crucial cards like Evolution Sage, Haulti’s Raptor, Law-Rune Enforcer, and Ajani, the Greathearted.

Cindedervines and Gideon Blackblade are also two new cards every player should keep in their sideboard. For removal, Prison Realm works well and keeps the tempo going with its scry ability, along with Kraul Harpooner for those pesky flyers. But don’t sleep on Ixalan’s Binding and Growth Chamber Guardian as a possible main deck or sideboard options.

Two War of the Spark planeswalkers, Vivian, Champion of the Wilds and Teferi, Time Raveler, have changed Bant Midrange for the better. Add in God-Eternal Oketra to the existing Growth-Chamber Guardian and Hydroid Krasis, and Bant Midrange has the potential for tier-one status.

It might not remain one of the strongest Standard decks, but for now, it’s holding its own against previously dominant archetypes. The only deck which might prove better than Bant Midrange is Esper Midrange. Both are on equal footing, though, despite being strategically different.

Planeswalkers from War of the Spark have strengthened Esper Midrange, especially with the additions of Liliana, Dreadhorde General, Sorin, Vengeful Bloodlord, and Teferi, Time Raveler.

In removal, Enter the God-Eternals keeps the board at bay while Despark and Thought Erasure remove threats before hitting the battlefield. And if something does slip through, there’s always Hostage Taker.

Introduced via Grzegorz Kowalski in week one of MPL Weekly, Dimir Control is back in the top Standard decks. Much of this is thanks to War of the Spark additions like Narset, Parter of Veils, Liliana, Dreadhorde General, Ugin, the Ineffable, and God-Eternal Kefnet.

Thought Erasure remains one of the foundations of Dimir Control, especially against God-Eternal cards, while Enter the God-Eternals provides new removal, life-gain, and amass. Augur of Bolas is also another nice addition, providing creature status on the battlefield while searching for instant and sorcery cards.

Another version of Dimir Control uses Pteramander as the main board creature as opposed to Hostage Taker. The Ptermander Dimir additionally uses Saheeli, Sublime Artificer and Ugin while bumping Liliana and Narset.