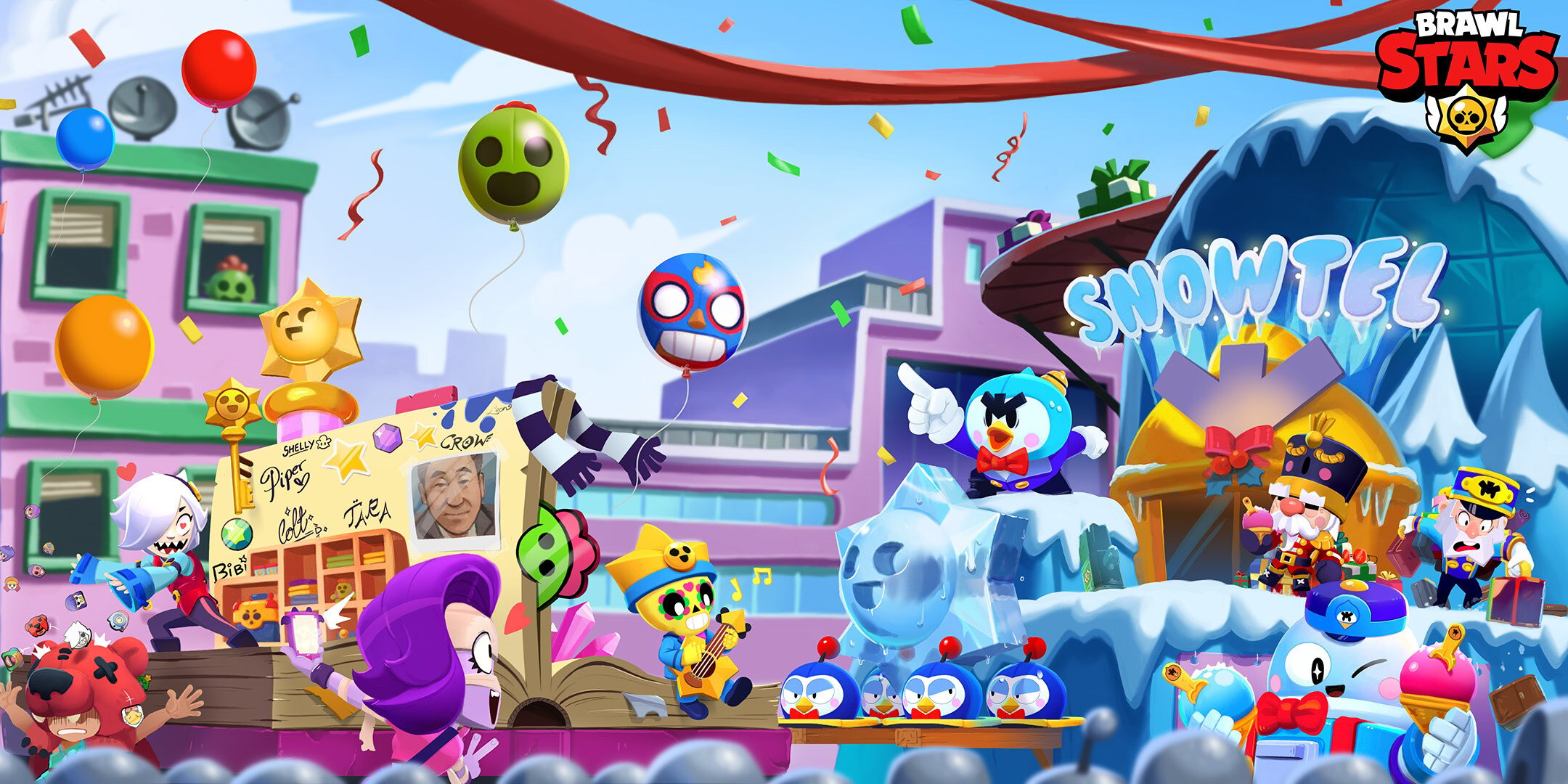 The Brawlidays are here in Brawl Stars and have brought a ton of stuff to the mobile game. In a new episode of Brawl Talk today, the game lead and community manager of Brawl Stars, Frank Keienburg and Ryan Lighton, announced everything coming to the game this season.

This includes two new brawlers (one of which will be free), new skins, pins, Brawlidays gifts, and more. Here is everything that was revealed in the Brawl Talk.

Two new brawlers are coming to the game: Edgar and Byron.

Edgar is a fast melee brawler with low health. He attacks with his staff and deals high damage. His attacks also heal him which compensates for his low health.

Edgar’s super charges by itself. It gives him the ability to jump over obstacles for a short distance. The Brawler is free for everyone during the Brawlidays. After this, he will be available in the crates.

The other new brawler is the “sinister salesman,” Byron. He is a support brawler with a unique main attack. His attacks not only damage enemies over time but also heal his allies. Similarly, his super throws a vile on the floor, damaging enemies and healing friendly brawlers.

Byron is a mythic brawler.

A bunch of new skins are coming this season. These are:

This is a community-made skin.

In January, the Duo Showdown Challenge will arrive in the game. Completing this will reward players with the Warrior Bo skin before anyone else.

Warrior Bo will be available in the shop a week after the Duo Showdown Challenge.

An interesting new feature is being added to the Bounty mode to prevent ties. A blue star is replacing the yellow star in the middle of maps.

The team that collects it will win the match in the case of a tie-breaker. Be careful, as the enemy can take the star after killing you.

From today until Dec. 24, players will get a free gift every day in the shop to celebrate the festive season.