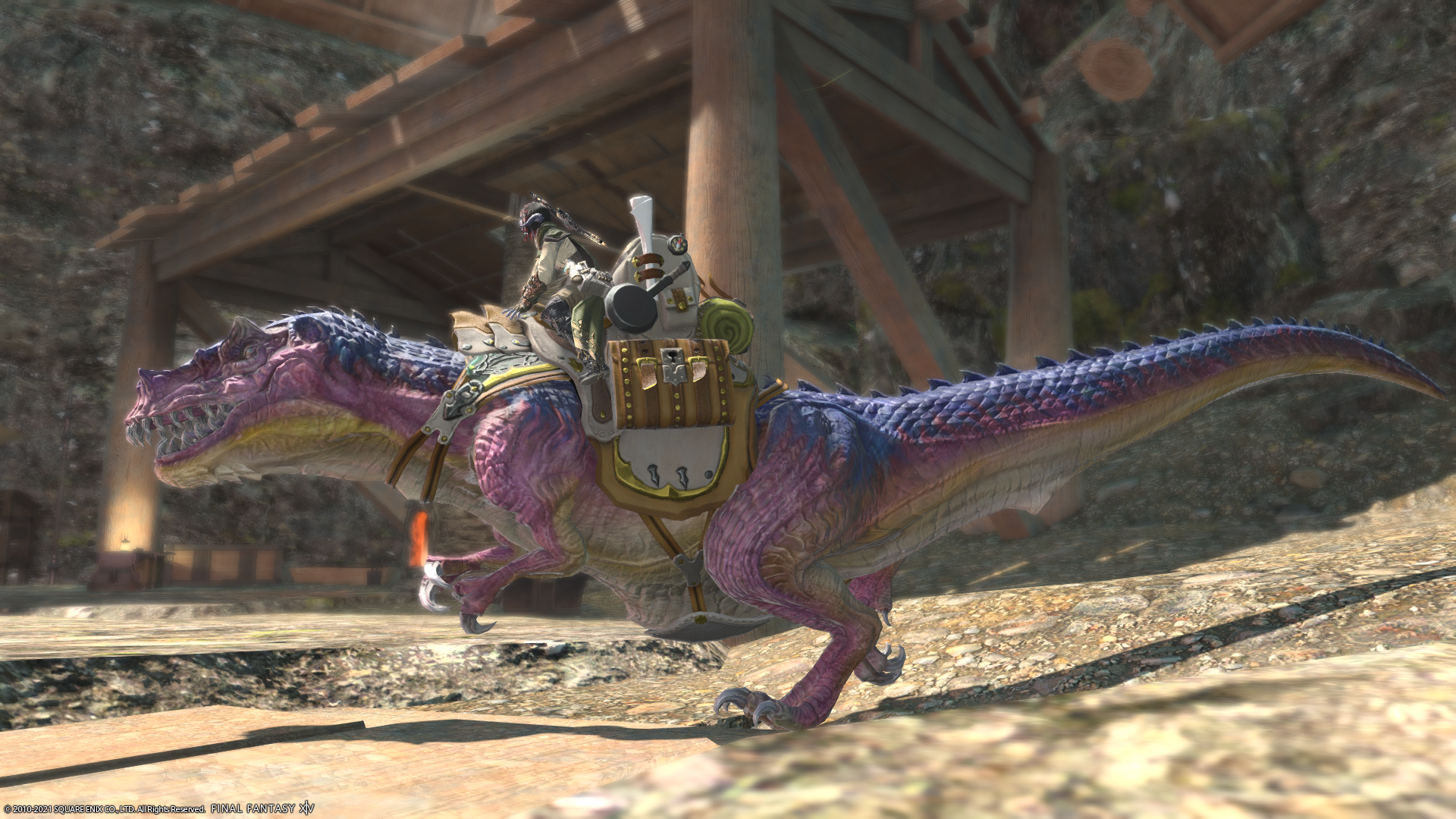 If you’re a fan of both dinosaurs and Final Fantasy XIV, you’re in luck. Square Enix’s MMO offers many choices of mounts to ride the extinct creatures. The Tyrannosaur is one of them, but it’s not the easiest to unlock.

The Tyrannosaur mount growls when summoned and walks trough the lands of Eorzea to intimidate players and creatures around the character. It also features a barding specifically tailored for the character.

The Tyrannosaur Horn, used to summon the mount, can be looted in the area of Eureka. This area features its own progression system and its own rules, similar to Shadowbringer‘s Bozja and Zadnor. It was released with Stormblood, alongside the relic weapons of this expansion, where they can be created and upgraded.

But Eureka has more to offer. Upon completing FATEs and other duties in this area, the players can earn a great number of Lockboxes. The players can open them to an NPC in Port Surgate, where they’ll get random items from it.

The Tyrannosaur Horn is among them, but it’s also one of the rarest items to get from the Lockboxes. Some players can spend over 10 hours farming in this area and never get the mount, so you better be lucky to get it. If you just want the mount instead of completing Eureka as a whole, you can wait for FATEs to appear and complete them with other players in the area to get the most Lockboxes in the least amount of playtime.