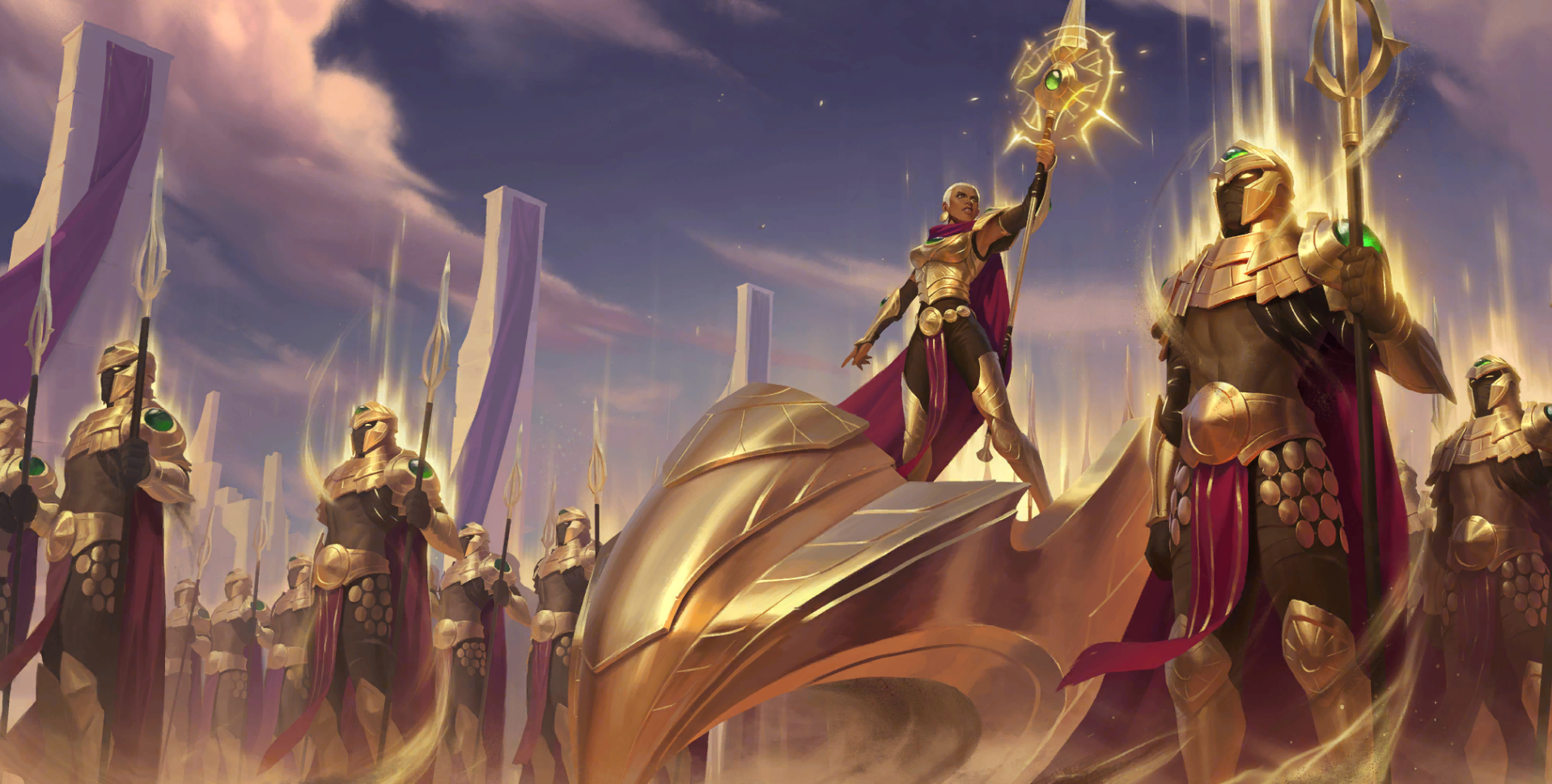 Legends of Runeterra’s Patch 2.9.0 is coming tomorrow, June 2, bringing four changes to both top-tier and underperforming cards on the ladder.

As the second patch after Guardians of the Ancient’s release, the latest update aims to nerf Azir and Irelia’s support, which has been a popular deck on the ladder, while buffing Taliyah and Malphite, two of the weaker champions that have struggled in recent metas.

In addition to presenting the card changes, Riot has discussed its goals for live design updates and provided more insight on how it decides which cards to update and why. Since card games are notoriously difficult to balance, Riot said it uses complex data models on varying aspects like card/region usage, win rates, lists, performance against specific decks, player ranks, disparity of win rates, and much more. Riot also surveys the community regularly to see how player feeling toward the meta is, in addition to the raw numbers gathered.

Instead of blasting multiple problematic cards at once, Riot hopes to lead with small changes so that collateral damage can be avoided and decks that don’t need fine-tuning won’t get hit too. The design team also hopes for players to find new ways to evolve the metagame without interfering with too much live design, allowing the community to potentially find answers with new playstyles and solutions. Riot fears that if it changes too many cards too quickly and too often, then the process of figuring out this puzzle won’t allow the community to shift the meta on its own without the need for live design.

Riot shared that certain cards are difficult to decide on how or when to change (Azir and Irelia as a direct and recent example), while some cards, like Taliyah and Malphite, are much easier to choose when to buff.

Aside from card changes, Riot is bringing massive updates to Lab of Legends and quality-of-life changes to the newest two-vs-two Duo Queue lab. The Lab of Legends changes add five new champions to the roster and 18 new powers to select from, so players will have to take their time to learn all the new content.

One important change that will affect how you can play with your friends is that cross-region friend play is no longer supported. From the current wording provided, it seems like there’s no chance for it to return right now. But Riot did tease that there will be more upcoming social features to look forward to.

Here are all the important notes from LoR Patch 2.9.0.

Taliyah (Level one and two)

“Both Taliyah and Malphite have struggled to find a home in the meta,” Riot said. “We like how the deck plays and these buffs add more power into the champions in a way that shouldn’t drastically change their archetypes. Taliyah should feel a little more sturdy and Malphite should level up more consistently.”

“It’s become clear that the Irelia and Azir deck is too powerful,” Riot said. “Ultimately, we decided to focus our changes on Inspiring Marshal and Blossoming Blade to ensure that our changes focus on this deck. We want to reduce the amount of collateral damage to other decks, such as Azir Burn and Azir/Lucian, both of which we think are healthy for the game. This specific deck will remain on our watch list and we will continue to monitor its performance over time.”

You can try out the updated Lab and new ladder meta when LoR Patch 2.9.0 is released tomorrow, June 2.